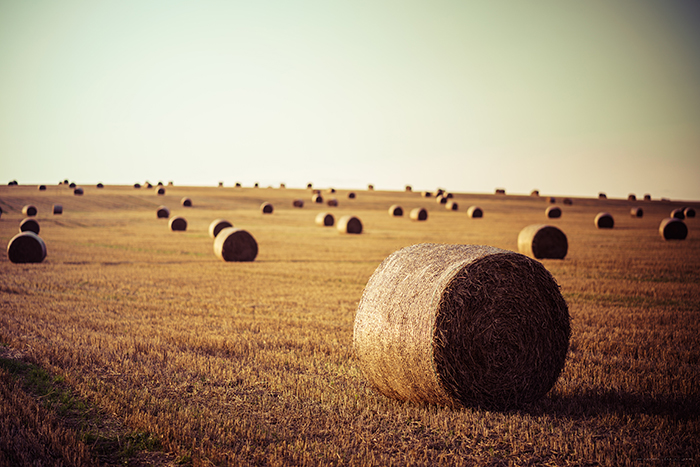 Michigan-grown hay is traveling south to feed horses in Florida.

“The horse hay markets in Florida and some other Southern states are very competitive and are highly sought after by farms across the Midwest,” said Jerry Lindquist, a Michigan State University Extension grazing specialist.

According to Lindquist, some farmers sell their hay to buyers in Florida because of the price.

“Michigan hay, marketed out of state, yes, some is sold to the horse industry in Florida, but it is a very small percentage of the total sold,” he said.

Farmers receive “very good prices” for it, he said.

Although current prices for the hay are unavailable, Lindquist said it has varied between the two states. For example, “over five years ago it sold for over $525 per ton in Florida,” he said. “Whereas in Michigan, the same hay may have been selling for $360 per ton.”

The Midwest Forage Association, based in Shoreview, Minnesota, says forage is the third-largest cash crop in the United States.

“Our Michigan hays are predominately alfalfa and cool-season grasses,” Lindquist said. “They don’t and can’t raise much of those forages in Florida because of heat and moisture.  The closest they can find it is in Tennessee.”

Kim Cassida, a forage and cover crop MSU Extension specialist and the treasurer of the Michigan Forage Council, said hay is usually shipped to Florida by semitruck, with the buyer paying the freight costs.

According to Lindquist, transportation costs have significantly increased for trucking Michigan hay to Florida,

“This transport method has gotten very expensive with COVID-19 and other factors decreasing the availability of truckers,” he said. “Compound that with rising fuel costs, and distant locations like Florida now are not as attractive as they were two years ago.”

In addition, Cassida said transportation costs may outweigh the value of the hay.

“It would be very expensive to ship hay to Florida from Michigan but possibly feasible for the racehorse market,” she said.

Despite the expense of trucking, Cassida said she believes Michigan farmers will still sell their hay to Florida buyers.

“Hay sales are mediated between growers and buyers. So, if someone contacts a Michigan grower and is willing to pay the freight to Florida, I’m sure we have people who would be happy to sell them hay,” she said.