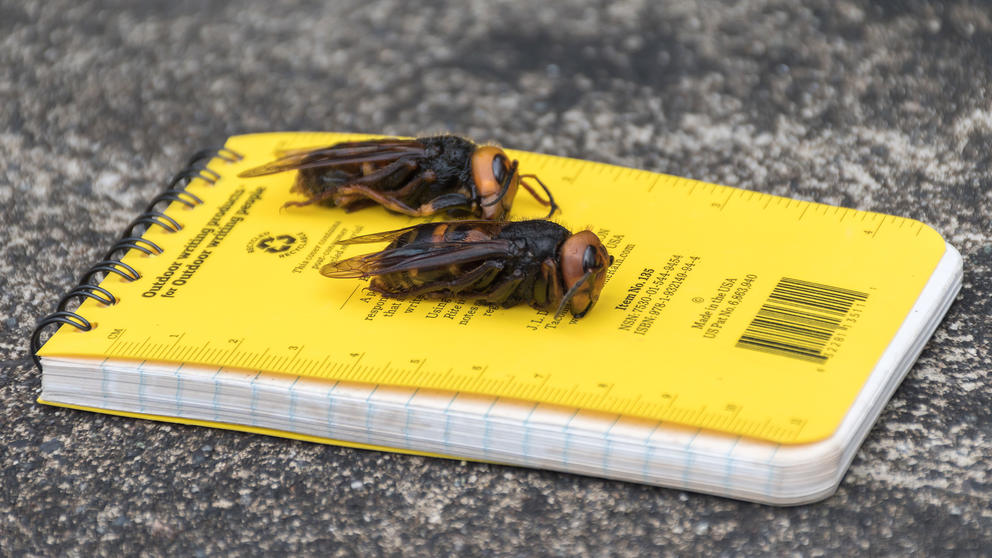 Accurate information about murder hornets must be provided to the public to limit their spread and protect native bee populations, an entomology researcher told the Michigan Beekeepers Association.

Murder hornets could spread to the Midwest and into Michigan if people unknowingly help them spread because they prefer temperate climates, according to U.S. Department of Agriculture (USDA) researcher Samuel Ramsey.

Murder hornets, also referred to as Asian giant hornets, are an invasive species that pose a risk to bee colonies in North America.

“They’re among the largest hornets in the world, the queens can be two inches long, so they’re pretty imposing just by their looks,” said Jen Blackburn, the communications director for the Michigan Beekeepers Association.

“They target honey bee hives in the fall to feed their brood and a handful of these giant hornets can go in and absolutely kill a honey bee colony within a few hours,” Blackburn said.

Researchers are still unsure how many murder hornets nests are in North America or the full extent of their invasion into the Pacific Northwest, Ramsey said.

U.S. bee populations have been steadily declining for decades due to pesticide use, invasive predators and mono-culture farming, among other threats, he said.

Ramsey was studying bees and hornets in Thailand just before the COVID-19 pandemic was announced last year. Since returning to the U.S., he has given presentations to beekeeper groups about the dangers of Asian giant hornets. 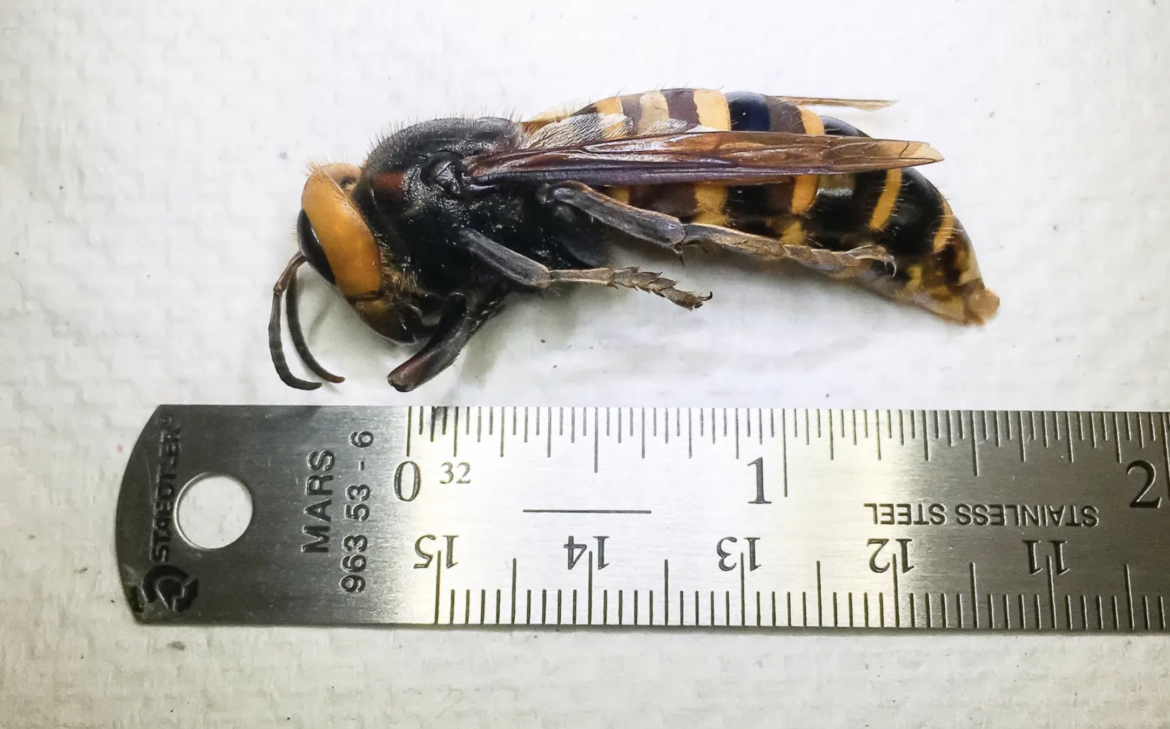 “There have only been two nests found so far,” he said. “The colony that was found in Washington (state) had exactly 184 virgin queens inside of the colony, each one of which could’ve established its own colony.”

Ramsey said colonies have a queen that produces a “workforce” of hornets, similar to the way honey bee colonies are structured. He said those hornets can be “incredibly risky” and aggressive when protecting their colonies and queens.

He said there are most likely other hornet nests yet to be discovered in the Pacific Northwest.

Colonies release queen hornets in the fall who then go and establish other nests. “Research shows that about 60% of them are successful in doing so, (meaning) close to 100 of them establish new nests and then each one of those creates more (queens),” Ramsey said.

Ramsey said the hornets typically establish nests in temperate climates and that researchers are examining hornets found in North America to better understand which areas of Asia they come from.

This research focuses on which areas of North and South America they’re most likely to establish nests.

“They are likely to be able to become established in much of the United States east of the Mississippi. That’s very concerning,” Ramsey said. “The rainfall and the temperature in those areas is perfect for them, based on where they currently come from. That would include Michigan.”

Ramsey said he expects the hornets to expand into states like California and Oregon, and that without intervention they could spread east in the coming decades. He said the spread could happen faster if people aren’t informed about how they could help the hornets expand.

Ramsey said queen hornets can bore into the ground to hibernate during the winter and this offers a possible explanation for their spread.

“They actually will dig a hole into the ground, not very deep underground, just a shallow burrow” he said. “And they will stay underground for three to four months during the period of time where it’s too cold for most organisms to be active.”

“It’s very easy for someone who has unearthed a bunch of dirt to use as potting soil for some plants that they’re shipping over to another area, to just put them into a pot and not even notice that they’re there,” Ramsey said.

Ramsey said researchers still don’t have a definitive answer as to how the hornets arrived in the Pacific Northwest.

As summer approaches and the queens begin to wake from hibernation, Ramsey said they’re especially vulnerable when starting colonies, as the hornets have only one “spreading event,” each year.

While it’s important to target efforts on these hornets as they emerge from hibernation, Ramsey said people need accurate information about what these hornets look like so native insect populations aren’t destroyed accidentally.

“Sometimes, when you tell people ‘Be worried! There are hornets,’ but you don’t give them enough information as to what they look like, they become very concerned about any large insect and, as a result, you see issues within the ecosystem of tons of insects being killed for no real good reason,” he said.

Ramsey emphasized that the hornets could spread to Michigan by people moving them.