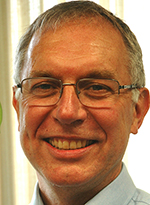 Kelley often dropped by news organizations to give tutorials on the Open Meetings and Freedom of Information acts. Such visits garnered the favorable local news coverage he coveted.

Me? I wasn’t looking for a softball story when he extended his visits to students. I planned to use my rare shot at meeting a high state official to hit him hard about something big and controversial.

I’m sure it had something to do with utilities or corporate polluters, organizations central to my career aspirations. I’ve long forgotten the specifics.

What I do remember is that when he finished and I bounded up to the stage to confront him, I struggled to hide my nervousness. After all, he was an attorney general with a tenure so lengthy his nickname was the Eternal General.

Judging by his bemused expression in a photo of that interview, I didn’t exactly have Kelley sweating bullets.

What I remember is his patience and my surprise at how seriously he pondered my questions. I felt like a real journalist, perhaps for the first time.

I dug out that photo recently when I learned of Kelley’s March 5 death at the age of 96. 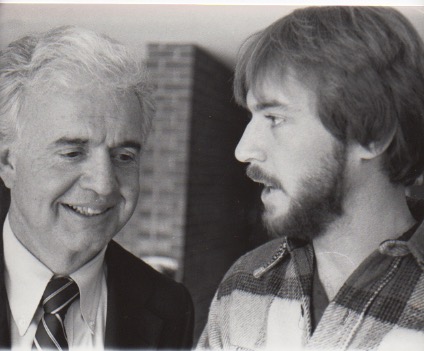 That interview was the first of many. As I progressed to larger and larger publications during my career, I often interviewed him.

I was hardly alone. Most Michigan journalists during his tenure – it was a record 37 years – shared that experience.

He was shrewd about building relationships, always angling for favorable news coverage. He’d call with a news tip before Thanksgiving, offering an exclusive interview — provided the story was embargoed until the Friday after Thanksgiving.

I was puzzled. Why did he care which day it ran?

Later someone from his office explained that Kelley knew that was when the holiday news staffs were thin, and newspapers were fat with holiday advertising. Journalists scrambled to fill all that newshole, giving him a greater chance of getting on the front page with his latest crusade.

Retailers must have hated his annual audit of their bar code scanners. Reporters certainly did.

It made for good press, but we’d all groan when we drew that never-ending assignment. That’s when Kelley would send an undercover team into stores to buy items and compare the listed cost with the cost registered by their scanners.

Then he’d hold a big press conference to call out the stores with the greatest overcharges.

He had an especially contentious relationship with utilities. Almost weekly, a flurry of press releases regarding some outrage to ratepayers issued from his office. And the utilities hit back with a similar barrage.

I thought of their relationship like that of Sam Sheepdog and Ralph Wolf on “The Bugs Bunny Show.”  Much of it was political theater.

Kelley or his assistants were Sam protecting the ratepaying sheep. Any number of utility officials might represent Ralph looking for a lamb dinner.

Us reporters were left to figure out and then explain what happened that day.

Then he would go on to tilt at the windmills of utility companies, polluters, consumer scammers and other evil-doers.

While our careers were sort of parallel, the truth is that the attorney general’s started long before I began reporting and ended several years after I left daily news to teach journalism at MSU.

During the time when we intersected, I’d occasionally stumble over that picture of the aspiring journalist and the seasoned, savvy politician.

I was tempted to ask him to autograph it.

That would have breached our journalistic relationship. And I never asked for that autograph, even after I left news – even after he retired.

He made mistakes – I wrote about a few. But I think most on either side of the aisle would say that his career embodied public service.

He was a good guy.

Do I regret not getting that autograph? Naah.

I treasure more the memory of the patient kindness he extended to a clueless young reporter trying hard to make a start.

I figure the Eternal General earned an eternal rest.

David Poulson is the senior associate director of Michigan State University’s Knight Center for Environmental Journalism and the editor of Great Lakes Echo.