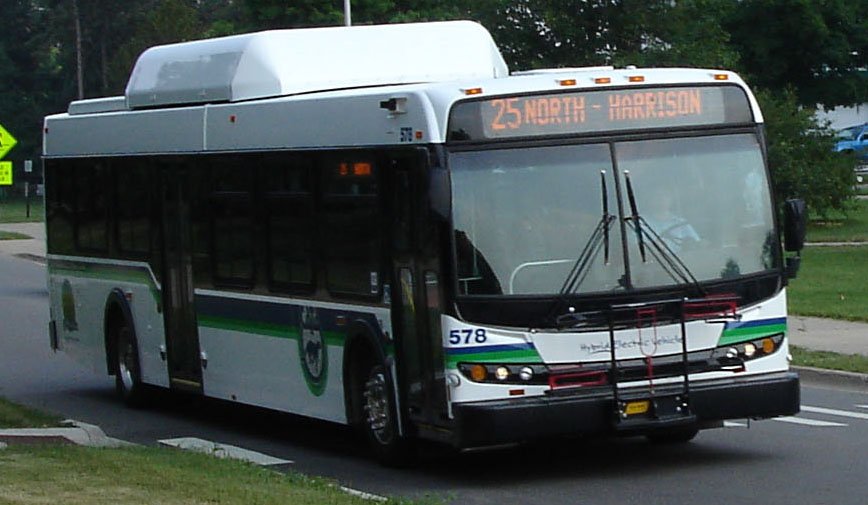 “COVID-19 related expenses were unprecedented and statewide restrictions reduced farebox revenue to transit agencies, but that was made up by additional federal funding,” said Clark Harder, the executive director of the Michigan Public Transit Association, a nonprofit group that advocates for transit agencies on issues dealing with state and federal government.

Other concerns include a decline in fare revenues as potential riders fear contracting the virus and the loss of revenue from schools no longer contracting services because of the rise in virtual learning.

Transit officials are constantly searching for new and unique funding sources, as state funding might not be provided at the same level as before, Harder said.

State funding has remained quite steady and, in fact, increased slightly over the past decade. But transit officials worry that the state budget might be reduced in the next fiscal year because of the pandemic. According to the advocacy group, the percentage of state support on average for Michigan transit agencies is 31% to 38% of their entire budget.

“We are hopeful that the new administration will look favorably on continuing to provide transit with emergency funding as President-elect Joe Biden has a history of being very pro-transit, a longtime Amtrak user,” Harder said.

“Opportunity cost and increased expenses took around $2 million from our budget, and $1 million we lost in revenue because of the pandemic,” Steffens said.

“We stopped taking fares from passengers since March to keep our drivers and individuals safe, and it cost us half a million in fare revenue this year,” he said. “Moreover, we have lost a quarter of a million dollars as we are not providing transportation for school districts, due to remote learning.”

Steffens said his agency recently invested a quarter of a million dollars in ultraviolet light disinfectant air filters for buses and an additional $150,000 was spent on masks and cleaning supplies since the pandemic.

“Each passenger we transport now is probably costing us between three and four times more than it did pre-pandemic as our operational costs increased,” Steffens said. “We kept all of our workers employed even though some bus routes were suspended.”

Saginaw transit system has 100 employees, and half of them are bus drivers.

“Even though STARS is considered a larger transit (system) in Michigan, we are using the CARES Act and state money together to stay afloat,” he said. “If (that) funding will go away in the next fiscal year, smaller transit around the state will be threatened with closure.”

The Capital Area Transportation Authority, which serves the Greater Lansing area, received $18.4 million from the federal government due to the pandemic, and all of it was used to fill COVID-19 related expenses.

“In total, our expenses approached $1,350,000,” said Lolo Robison, a press representative for the Lansing-area transit system. “We anticipate up to an additional $160,000 for the purchase and installation of plexiglass barriers in buses and vans, which would bring our total year-to-date COVID-related expenses to about $1.5 million.”

Robison said that CATA receives operating assistance from the state based on its share of Michigan’s Comprehensive Transportation Fund, which obtains the majority of its revenues from excise taxes on gasoline sales, along with vehicle registration fees.

“It is our understanding, however, that the state will attempt to maintain funds in large bus operations, which represents the vast majority of the state funding for CATA,” she said. “As such, the anticipated reduction in state funding is not expected to negatively impact CATA.”

Robison also said that the agency’s financial condition remains strong, even though there is uncertainty about the availability of federal funding for the next fiscal year.

“We are not in any position to predict, nor would we speculate about what might happen in the future, as it relates to COVID-19 and our nation’s economic recovery” she said. “Obviously, any shortage in funding would directly impact expenses. CATA will continue to manage its fiscal responsibilities as necessary.”

The Bay Area Transportation Authority in Grand Traverse and Leelanau counties is also having significant decline in revenue as ridership is at about half of what it tends to be at this time of year.

“Everyone is concerned with what the funding level will look like for the 2022 Fiscal Year,” said Eric Lingaur, the agency’s director of communications and development. “Luckily this year’s funding wasn’t impacted as much as was originally predicted due to less significant budget fluctuations at the state level and supplemental CARES ACT funding.”

Lingaur said he believes that there will be a slow transition for ridership to return to pre-COVID-19 level.

“BATA was experiencing record ridership before the pandemic, so it will take some time to return to those levels,” he said. “People need to feel comfortable using public transit, and some may not return until a vaccine is widely available.”

“We hope there will continue to be funding for public transit provided at the federal level for the next fiscal year and years to come,” he said.