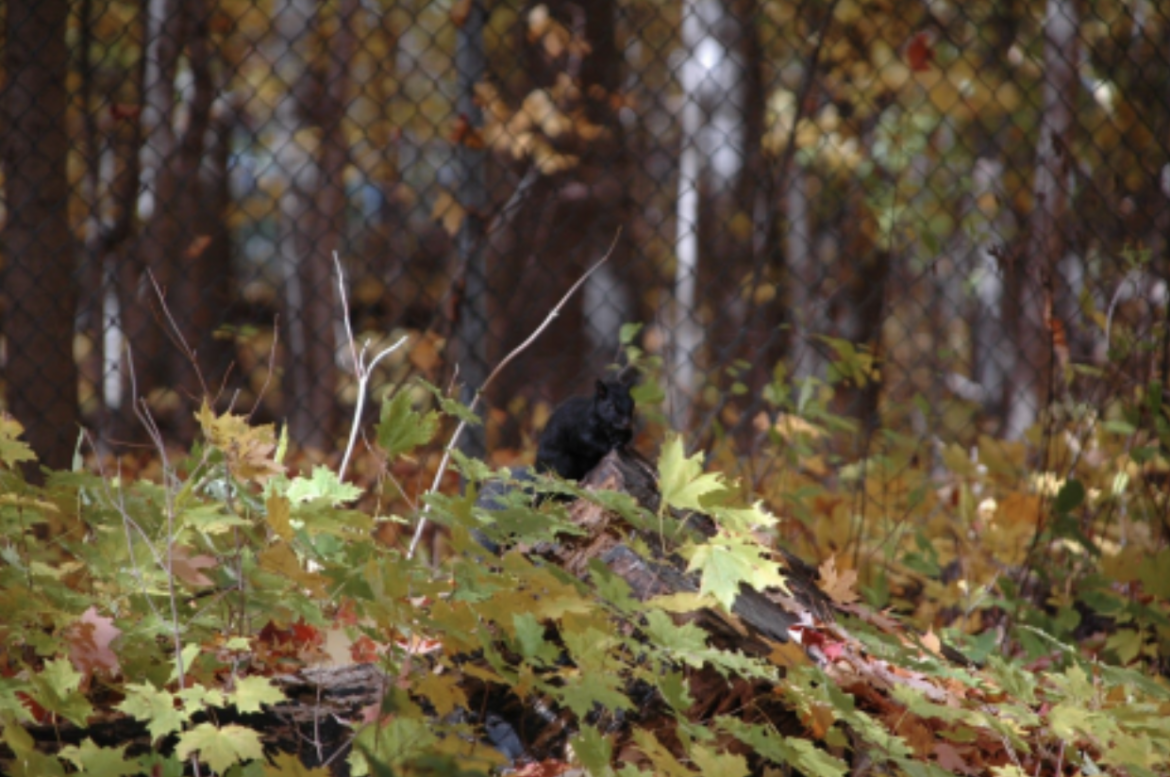 Whether on your front lawn or college campus, if you live in the Great Lakes region, you may have seen a black squirrel or two or more.

That’s especially true in Michigan, which along with Ontario, had the highest frequency of black-squirrel sightings in a recent study.

These melanistic, or dark pigmented, squirrels are the Eastern gray squirrel, which has two dominant variants in the region, gray and jet black.

The number of each varies widely through the region, according to a recent study in the journal Ecology and Evolution by biologists from the College of Wooster in Ohio.

Many people don’t realize that gray and black squirrels are the same species, said professor Richard Lehtinen, one of the Wooster researchers.

He calls this a “deletion,” meaning it’s absent in the DNA of Eastern gray squirrels that are black. It causes them to make too much dark pigment.

The same mutation is found in other squirrel species with melanistic individuals.

The study began with what Lehtinen calls his own “obsession” with counting squirrels on his daily walks.

Over time, he noticed that the frequency of black squirrels versus gray squirrels where he lived in Wooster had changed.

The research team conducted 5,166 squirrel-walking surveys in Wooster from 2010 to 2018. The process involved walking along prearranged routes near the college campus and tallying the number and color of the Eastern gray squirrels that they saw.

The number of black squirrels increased over time on some routes but decreased or didn’t change on others. Wooster’s Eastern gray squirrel population is about 70% black and 30% grey, Lehtinen said.

“We started thinking of ways where we could kind of expand the scope of things,” Lehtinen said.

The team surveyed about 60 other towns in northeastern and central Ohio, and Lehtinen was surprised by what they found.

Some areas had more black than gray squirrels, while other areas had an equal amount of both.

“It really varied across the entire spectrum from almost all black to all gray and everything in between,” Lehtinen said.

He was shocked to see that lower frequency was radically different from nearby populations like those in Lodi, Ohio, 17 miles from Wooster.

“That’s one of our populations that has zero black squirrels — it’s 100% gray,” Lehtinen said.

“The frequency of these genetically determined traits has changed over time,” he said.

He said the work began as a study of the evolutionary process.

“It was really just driven by curiosity, and that’s turned into kind of a long-term local study,” Lehtinen said.

The app allows people to photograph what they observe in nature and upload the pictures to a database with a time stamp and GPS coordinates.

Individuals or “citizen scientists” can get their observations identified, and scientists can use the data for research.

A few summers ago, Lehtinen’s team downloaded about 5,000 photos from the app.

They looked for images of Eastern gray squirrels and recorded if it was gray or black.

They found that Ontario and Michigan had the highest frequency of black squirrels.

According to Jeff Bowman, a research scientist with the Ontario Ministry of Natural Resources and Forestry, Ontario’s location likely contributes to its large population of black squirrels.

“Ontario has the entire northern portion of the Great Lakes basin in its borders,” Bowman said.

Bowman said that since the distribution of the melanistic Eastern gray squirrel is standard in the Great Lakes region, their frequency in Ontario makes sense.

According to Bowman, there is evidence that black Eastern gray squirrels have higher survival in colder temperatures.

There are many hypotheses and ideas about why black squirrels appear more frequently in some places than others, Lehtinen said. That’s something that he and his team are still researching.

The black squirrels have “waxed and waned” but are widely distributed and, in his opinion, their presence isn’t necessarily a recent phenomenon, he said. There is evidence of black squirrels in Ohio dating back to the 1760s.