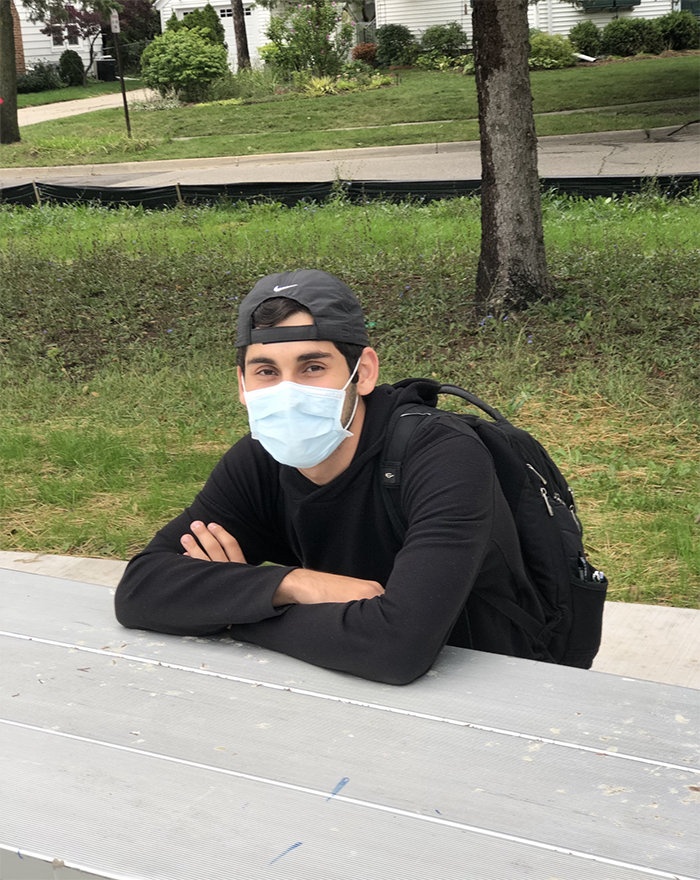 Sevar Yaldo gets outdoors to relief the stress of an exam. Image: Lillian Young.

Fresh from what was conceivably the most important exam of his life, aspiring physician Sevar Yaldo sat on a Bailey Park bench for some fresh air in East Lansing.

Having spent the majority of the pandemic indoors preparing for the Medical College Admission Test, Yaldo understands – and literally studied – the psychological importance of getting outdoors during quarantine.

“The slightest bit of fresh air can go such a long way” in improving his thoughts, relationships and self-esteem, Yaldo said. “Whenever I have a chance to not be inside, I will be outside, whether I’m walking or running.”

We often hear about how crucial it is to “eat our greens.” But rarely do we talk about the importance of “seeing green.”

Relationships with nature have diminished in an increasingly artificial world. Depression and obesity are reaching unprecedented levels.

While there are a host of treatments — including medication and therapy regimens — mitigating such problems may be simpler. 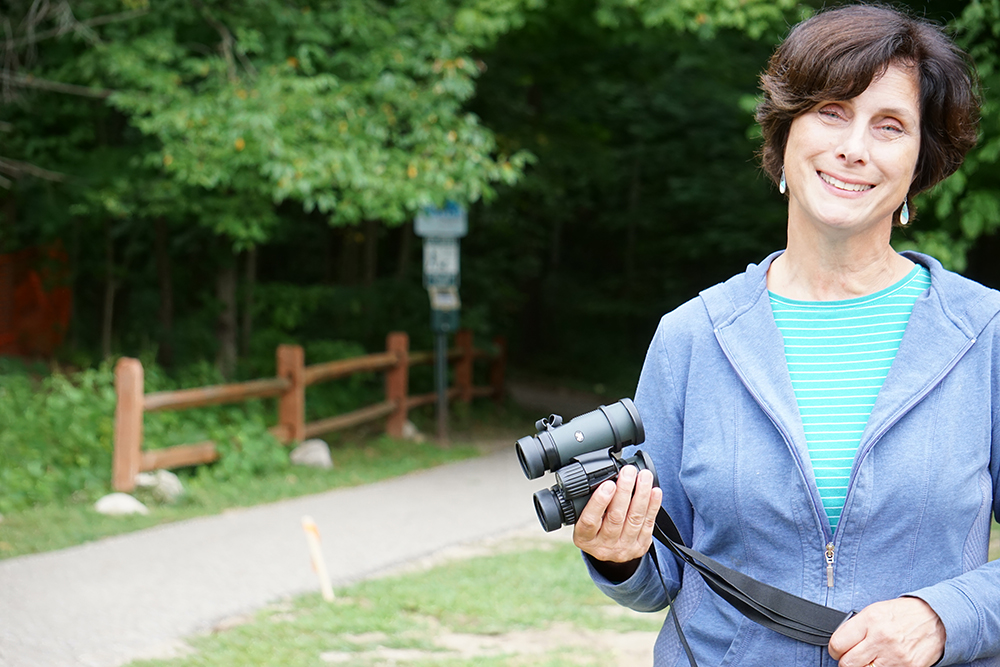 “I encourage patients with all kinds of mental health conditions — be it anxiety, depression, or whatever else — to get outside. I’ll suggest that they walk to my office rather than driving there,” said Okemos psychologist Pamella Montgomery. “By the time they arrive, they always report feeling significantly better.”

“I worked and went to graduate school full time with a 30-hour-a week internship on the side, but I still managed to run outdoors. To this day, regardless of the weather, I run outside,” Montgomery said. “Being outdoors and in nature is crucial to our being. We’re creatures that need to interact with nature.”

Psychologically, she said, “Going outside gets you out of your indoor rut. It makes you stop and think about things, which you don’t do sitting in front of the TV or computer.”

“This is a sport you can’t really do by yourself, which I know is very insane during our COVID times,” said Smith, who was with a group of people at the Ledges.

Since the start of the pandemic, Smith said he’s spent less time outside. With winter coming, he’s trying to get outside more.

“In addition to it being physically healthy, being outdoors has a good mental impact,” he said. “If you’re just inside all the time, I definitely find it causes a lot of drain and wear on your emotions.” 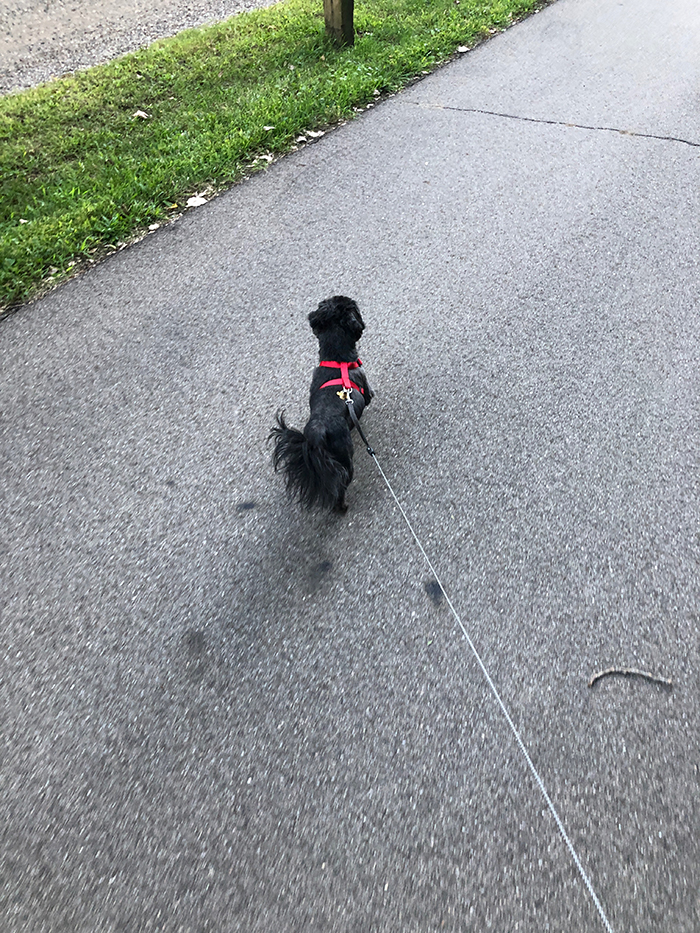 Kobe is out for a morning walk in Westland. Image: Kalah Harris.

In the age of COVID-19, getting fresh air takes on new meaning.

Those fortunate enough to be near parks and trails can safely socially distance.

When Craig Dennis needs to kill time, he hits a nature trail in East Lansing’s Harrison Meadows Park. “It gave me a purpose to go out and exercise and feel good,” he said.

Speaking of dogs, one chilly morning in Westland, Kobe, with tongue hanging low was out for a walk with owner Jacquis Smith.

“I shortened the time of how much time I spend outside. I’ve noticed people aren’t wearing their mask when they are walking their dogs, but I always have mine on,” Smith said,

“I try to go in the woods and hear the birds,” Stroupe said. 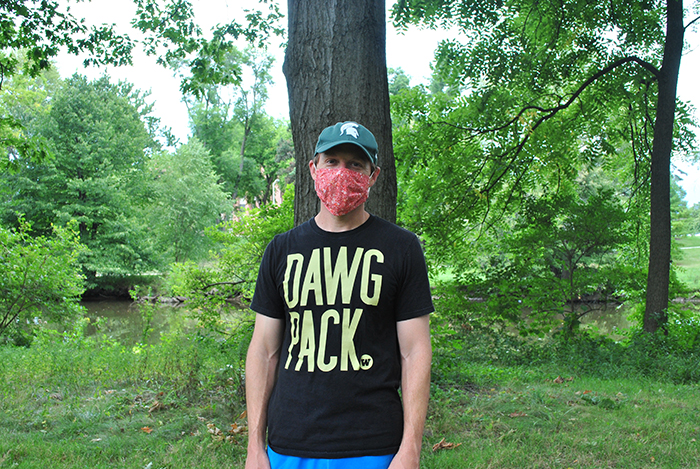 Stroupe was already going on regular walks before COVID 19 but has noticed more animals since the pandemic began. “I think they’re more bold.”

He doesn’t bring technology. Being unplugged makes the walk more enjoyable. “Since we’re on computers a lot now, I try and leave my phone at home,” he said.

Green, leafy environments can boost a person’s mood, speed up brain activity and improve overall health, according to research from the Department of Psychology at Ottawa’s Carleton University.

And like an all-natural ventilation system, trees and plants encountered on nature walks produce oxygen and scrub carbon dioxide from the atmosphere.

More sunshine helps. Direct sunlight isn’t enough to wipe out COVID-19, the Centers for Disease Control and Prevention says, but can help produce vitamin D to gear up the immune system to fight infectious disease.

Sunlight also causes the brain to produce the hormone serotonin, which can heighten happiness. 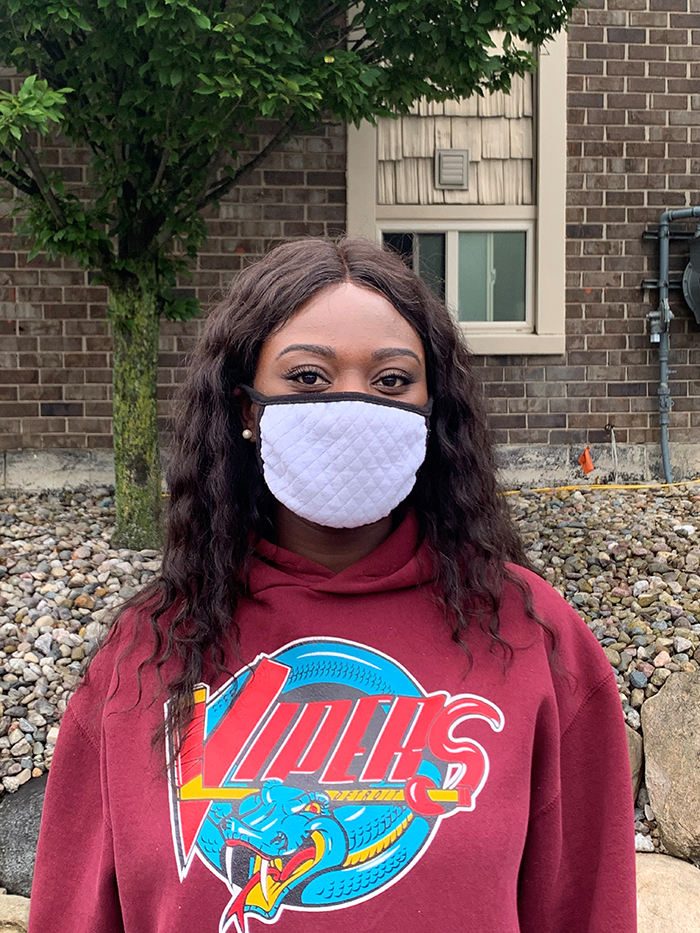 On a rainy recent evening, the weather and COVID-19 didn’t stop the daily busy world, especially not for Lansing resident Driscilla Tettey, who’d been running errands all day.

Anne Breton, who has been coming to the Harris Nature Center in Okemos for more than 20 years, said it’s been a gift to have parks in Meridian Township during this COVID-19 era.

“We can walk with friends at a social distance,” she said after finishing a birdwatching trip in the park.

She’s seen an uptick in the number of people of all ages using the park and said she hopes some who hadn’t been enjoying the outdoors will make that a part of their lives, even after they can again go to movies. 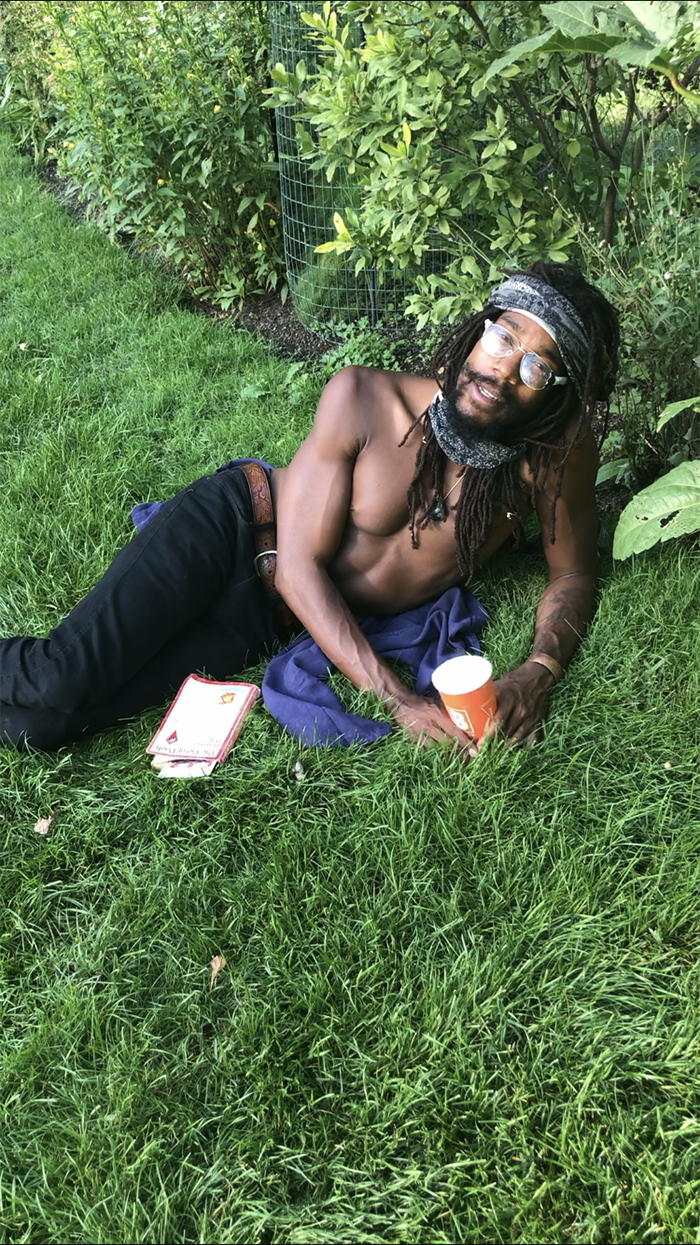 Mckenzie Dickens walks barefoot through rows of plants in the MSU Botanical Gardens. Sitting on the grass, crossing his legs and tucking his dreadlocks into a bandana, he said time outdoors is precious, especially in the face of COVID-19.

“For all the harm this pandemic has caused, maybe it has a silver lining. Maybe it can teach everyone how to be outside again,” he said.

And it’s not only people in Michigan who see a silver lining.

Before the pandemic, getting outdoors wasn’t easy for Bernard Crawford, an advertising student at Florida Atlantic University. With more time on his hands, being outside is the new highlight of his day. 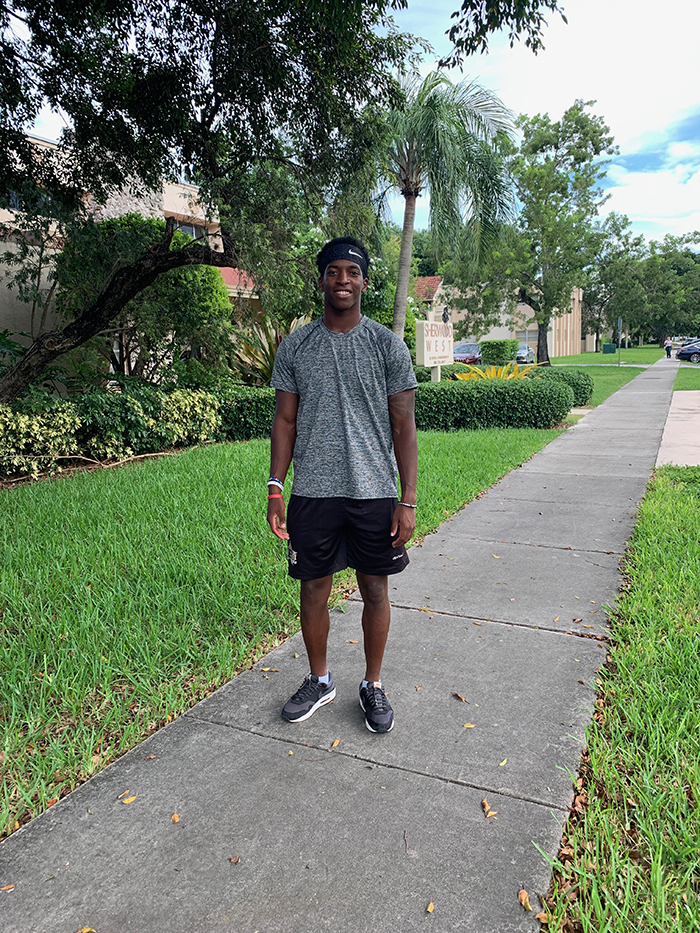 On an afternoon stroll in the 90-degree weather along Boca Raton streets, Crawford said he’s felt a greater sense of connection with nature and is outdoors much of the day.

“Being a full-time student, I never had the chance to get out and enjoy God’s beautiful creation. I’m upset I was always inside playing video games before,” he said.