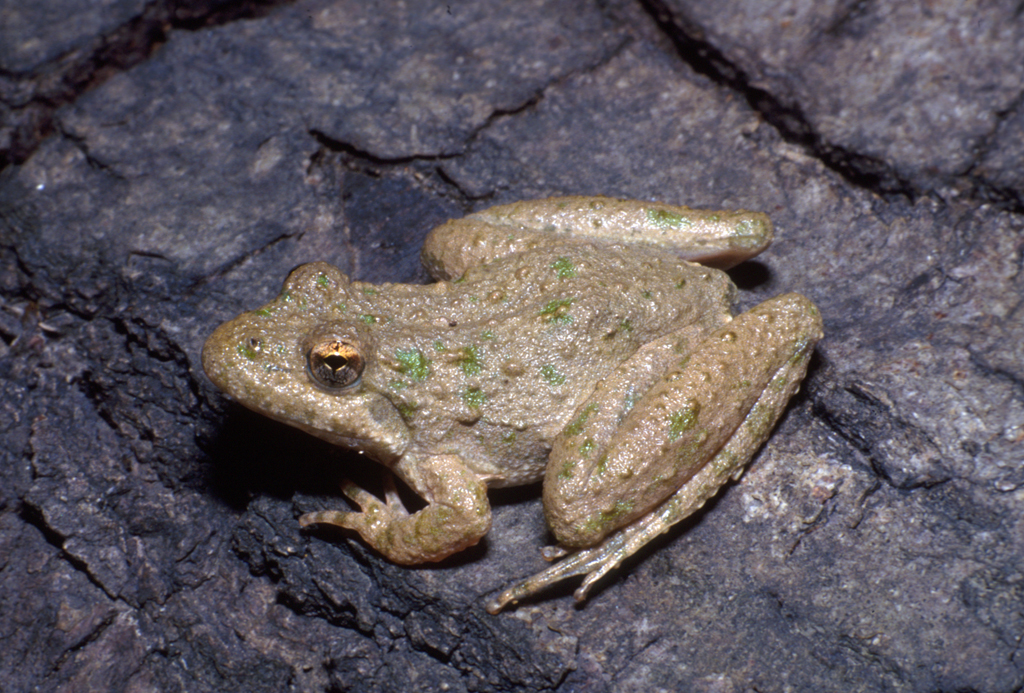 Declines in Great Lakes cricket frogs are thought to be a result of habitat destruction, pollution and competition from other frogs. Image: Jim Harding

The Michigan Department of Natural Resources — professionals and volunteers– will be out in the wetlands listening for amphibians for its annual Frogs and Toads Survey.

The survey started in 1988 when citizens expressed their concerns to the DNR. It’s now run by the agency.

Specialists, alongside volunteers, go to 10 wetlands three times a year to keep a census of the species they find.

Amy Derosier, a planning and adaptation supervisor at the DNR, said there are many benefits to opening the survey up to the public.

“[Frog] calls are relatively easy to identify, and so working with volunteers gives us lots of boots on the ground,” said Derosier, who is a wildlife biologist. “It’s a great way to get the public involved in wildlife conservation.”

With Gov. Gretchen Whitmer’s recent “Stay Home, Stay Safe” order as part of COVID-19 controls, the survey is still able to continue as it qualifies as an outdoor activity, Derosier said.

“The survey can be a good opportunity for people to get outside, and a good distraction, provided they are following social distancing requirements and other critical health practices,” Derosier said.

She said health and safety should come first, and people should use their best judgement when deciding if they want to participate.

Derosier said the survey is the state’s main source of data on the frog population, which she says is important to monitor.

“Frogs and toads can be great indicators of the health of our lands and waters,” she said. “Many frogs are sensitive to environmental changes, and especially pollution.”

James Harding, the adjunct herpetology and outreach specialist at the Michigan State University Museum, said that although there’s concern on a global level, the state has been fortunate in not experiencing a huge frog population decline.

Harding, however, said several of Michigan’s 13 frog species need close monitoring. They include the Blanchard’s cricket frog and Fowler’s toad.

He said annual surveys are a better way to keep track of population trends than anecdotal observations.

The use of volunteers also makes up for the shortage of scientists and students who can go into the field, Harding said.

While Michigan doesn’t have the same level of amphibian decline as some other parts of the world, Harding said the state can still take preemptive steps to protect species.