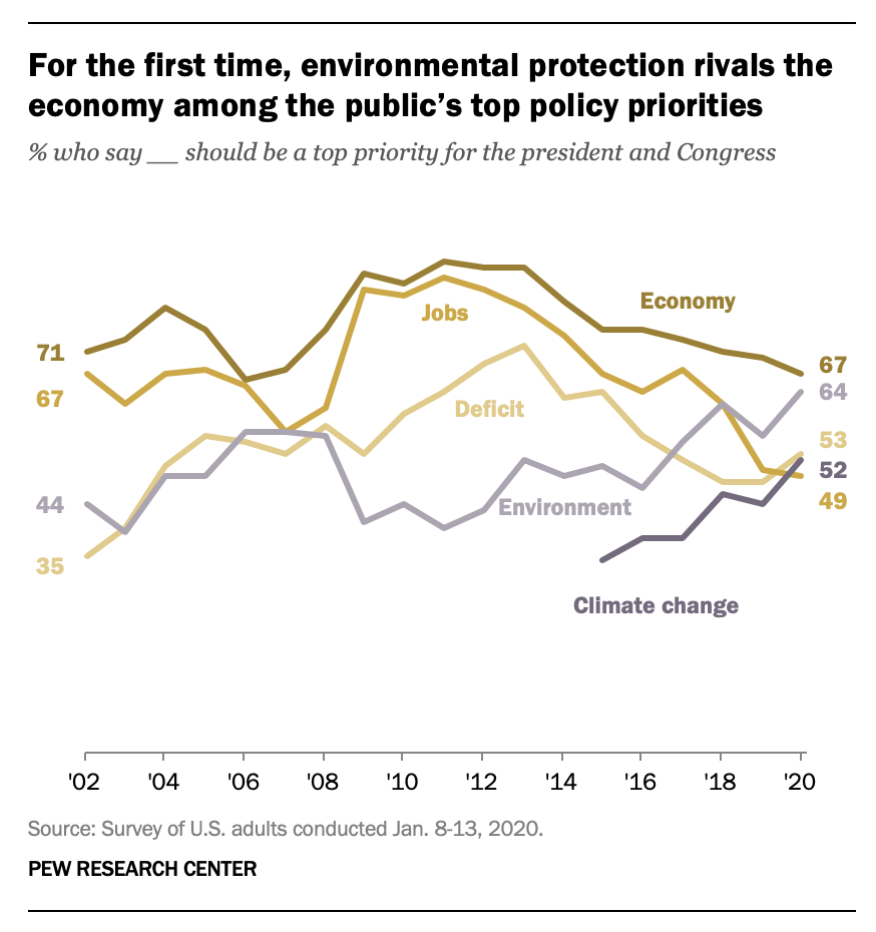 A growing proportion of Americans see environmental protection and global climate change as policy priorities, while worries about the economy are shrinking, a new national survey says.

However, a wide partisan gap exists, with environmental protection “a much higher priority for Democrats than Republicans,” according to the study by the Pew Research Center, a Washington-based nonpartisan think tank.

“Democrats and Republicans have long been far apart in their views of the importance of climate change, but the differences are now wider than ever,” it said.

Republicans and GOP-leaning independents ranked climate change at the bottom of 18 policy priorities, in contrast with Democrats who place it near the top of the list, the study said.

The study attributes the declining priority status for economic and job concerns to perceptions that the U.S. economy has improved. Terrorism remained the highest policy priority among all Americans. 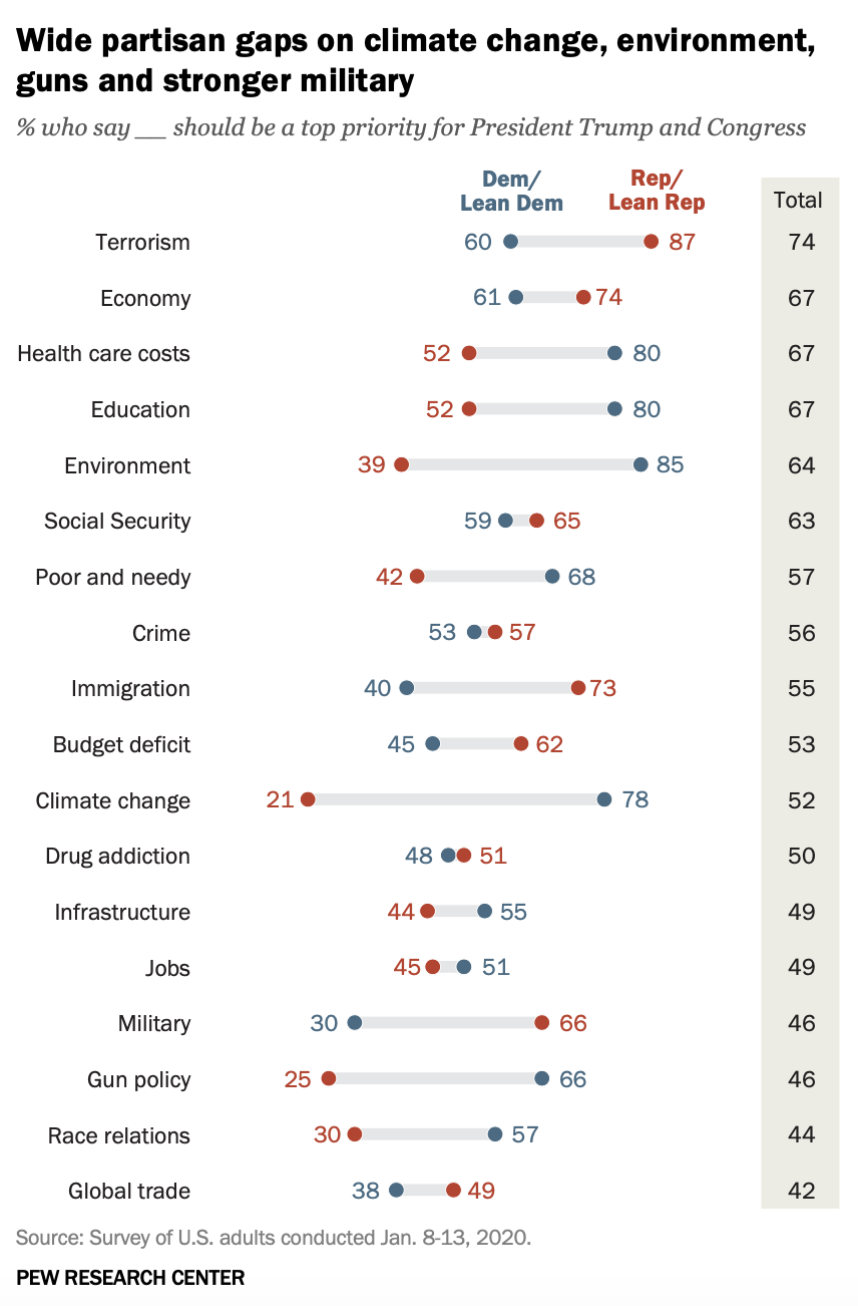 The nonpartisan Michigan League of Conservation Voters, which released its statewide survey in December, said that “75% of likely primary voters see climate change as a very serious problem or a crisis, with the highest intensity in those labeling it a crisis (42%).

“Nearly all primary voters view climate change as a very serious problem that will impact their families, or that their family is already feeling the effects (31%),” the league said.

Lisa Wozniak, the league’s executive director, said, “This should be Number One for any candidate seeking the support of people in a state surrounded by 90% of the nation’s fresh surface water.  Michiganders are frustrated, and they want to hear how candidates for president will clean up and defend our water and stop the planet from burning.”

When Michigan Democrats were asked for their two of three policy priorities from a list of eight, those surveyed ranked protecting drinking water and the Great Lakes from toxic contamination at the top (47%), followed by universal health care (46%), higher wages and incomes for working families (45%), climate change crisis and clean energy (36%) and gun violence (35%).

The league endorses candidates from both parties, but more often Democrats than Republicans. Among the victorious GOP candidates who won the league’s backing in 2018 were Sen. Dale Zorn of Ida and Reps. Scott VanSingel of Grant, Mark Huizenga of Walker, James Lower of Greenville.

Environmental issues already are emerging in other Michigan political campaigns this year.

For example, a new TV ad campaign by the league and an organization formed by U.S. House speaker Nancy Pelosi is lauding U.S. Rep. Elissa Slotkin, D-Holly, for her stance against PFAS, a group of synthetic chemicals found in groundwater and linked to adverse effects on human health.

Slotkin, who is running for reelection, has “made cleaning up these dangerous chemicals” a top priority in legislation passed in January by the U.S. House but stalled in the U.S. Senate.