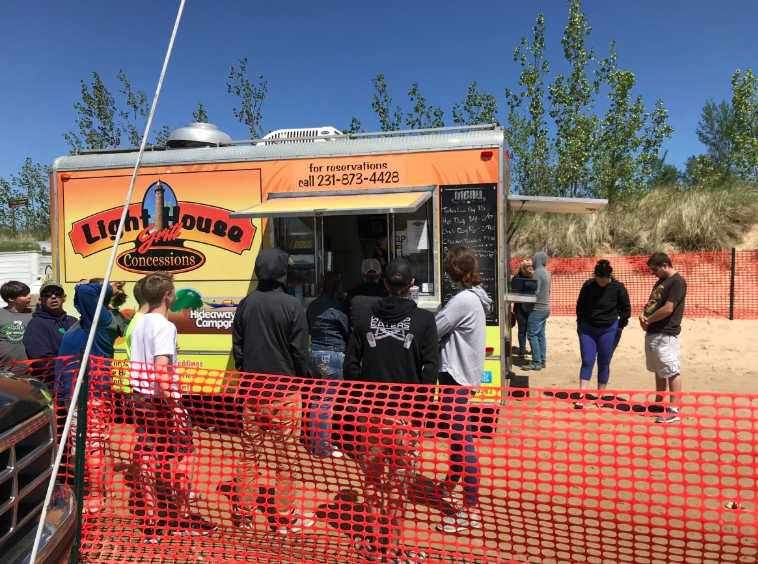 Every summer, Elin Triwibowo is in distress.

Her two daughters want to hike or swim. But Triwibowo is sick of the food available when they vacation at state parks.

She tries to implement clean eating throughout her family’s diet, which means no processed food. But vacations ruin that plan.

“If I don’t prepare meals from home, it’s impossible to eat good and healthy on our trip,” said Triwobowo, of Lansing.

Last summer, the family went to the beach in Holland State Park. Even though she had brought food from home, her daughters insisted on getting chips and hot dogs from concession stands, she said. She couldn’t resist because after all, they were on vacation.

“I hope they sell all yogurt and nothing else,” she said, laughing.

Holland State Park was one of 19 state parks in Michigan that a 2014 survey discovered provided almost no healthy food options to visitors. The Michigan State University study showed that around 80 percent of the food sold in the Holland State Park concession was categorized as “Whoa.” Candies, chips, donuts and muffins fall into this category reserved for foods that should only be eaten once in a while.

Triwibowo agrees about the food at Holland State Park. “The last time I was there, they sell the usual stuff—chips, hot dogs.” 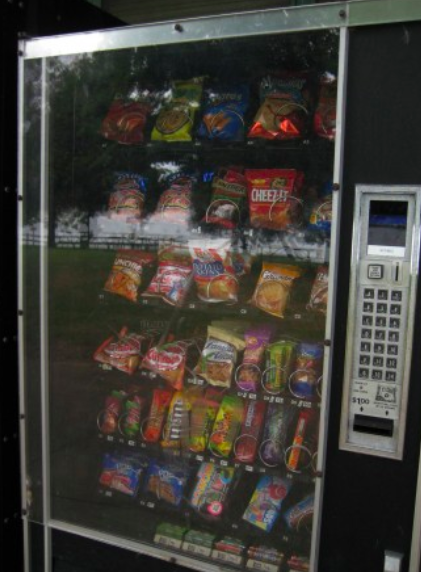 The Michigan Environmental Council and several other organizations involved in the Healthy Kids Healthy Michigan campaign pushed the Department of Natural Resources to provide healthy foods in concession stands or vending machines in state parks in 2014.

Next year, they plan to campaign for this agenda again.

Around 86 percent of concession stands in 19 state parks sold Whoa foods, according to the same 2014 study. In the beverage category, 94 percent of the vending machines sold soda, flavored drinks, and non-diet drinks.

“State parks are managed by our tax dollar. So, we want the food that sold there to be beneficial to our health,” said Tina Reynolds, program director at Michigan Environmental Council.

Besides, she said, it’s bizarre not to provide healthy food. Visitors go to state parks for trail and hiking for their health, yet the DNR gives them unhealthy food instead.

Her group and Healthy Kids Healthy Michigan will pursue the Department of Natural Resources to better the contract with vendors of the concessions and vending machines, Reynolds said.

“It means that to bid a project on state parks, DNR should require these vendors to have a certain percent of the food to be healthy,” she said.

Some progress has been made. The Michigan DNR is opening new bids in 2020 for concession and beverages vendors at some state parks. The bid packages for concessions at Warren Dunes State Park, for example, required the bidder to provide variety of healthy foods including fresh fruits, vegetables and items with lower sodium, sugar and fat content.

The bidders were also encouraged, but not required, to lower prices for healthier options, listing calorie counts, or putting healthy options in prime sale areas.

There are 80 concession stands operating in state park, according to the Michigan DNR.

“We can’t push the bidder to have certain amount of healthy food percentage, because they need to sell certain commodities. But we required them to at least sell them as another option,” said Ron Olson, chief of parks and recreation division.

Meanwhile, the rate of child obesity in the state is concerning, the MEC said.

Michigan ranks 14th among the 50 states in obesity for ages 10 to 17, according to a 2017 report by the Kaiser Family Foundation. Around 33.1 percent of children are obese or overweight compared to the 30.7 percent national average. In 2011, the number was 17.1 percent in Michigan.

It’s not like visitors to state parks don’t want to eat well. Even while on vacation, they think that having access to healthy food is a good idea.

Researchers for the 2014 study interviewed around 20 campers at each park. They also surveyed about 1,800 people from the DNR’s list of those who subscribed to get information about the state parks.

About 72 percent said it was important that healthy food options were offered at the state parks’ concession or vending machine. More than a third of visitors said they rarely purchase food at a state park, but 33.7 percent agreed they would buy more food if there were healthier options.

The lead researcher, Kathryn Colasanti, said that she did not have the chance to renew the 2014 study. But, she thinks that the conditions could have improved.

Now she would like to look into food at municipal parks.

“With state parks, the context is a bit different because people are on vacation, so they don’t really think of eating healthy,” Colasanti said. “But municipal parks are the spaces where they are interacting on a more frequent basis.”

The number of healthy foods in municipal parks likely would not be that different than in state parks, she said.

But the state should provide healthy eating options to visitors, she said

“I think because of these are state facilities, it should be their responsibility to provide a range of food available.”

A 2012 study published in the journal of Childhood Obesity reported that state parks have an important role in preventing obesity among children and adults by providing physical activities and healthy food. Some parks across the country have, at least, encouraged vendors to provide healthy options at their concession and vending machines, according to the study.

For Elin Triwibowo, any improvement could be good news.

For winter break, the family is planning to visit Fort Custer for winter camping.

“The kids are excited, “she said. “We love nature and we wanted to fully love it by eating good food.”