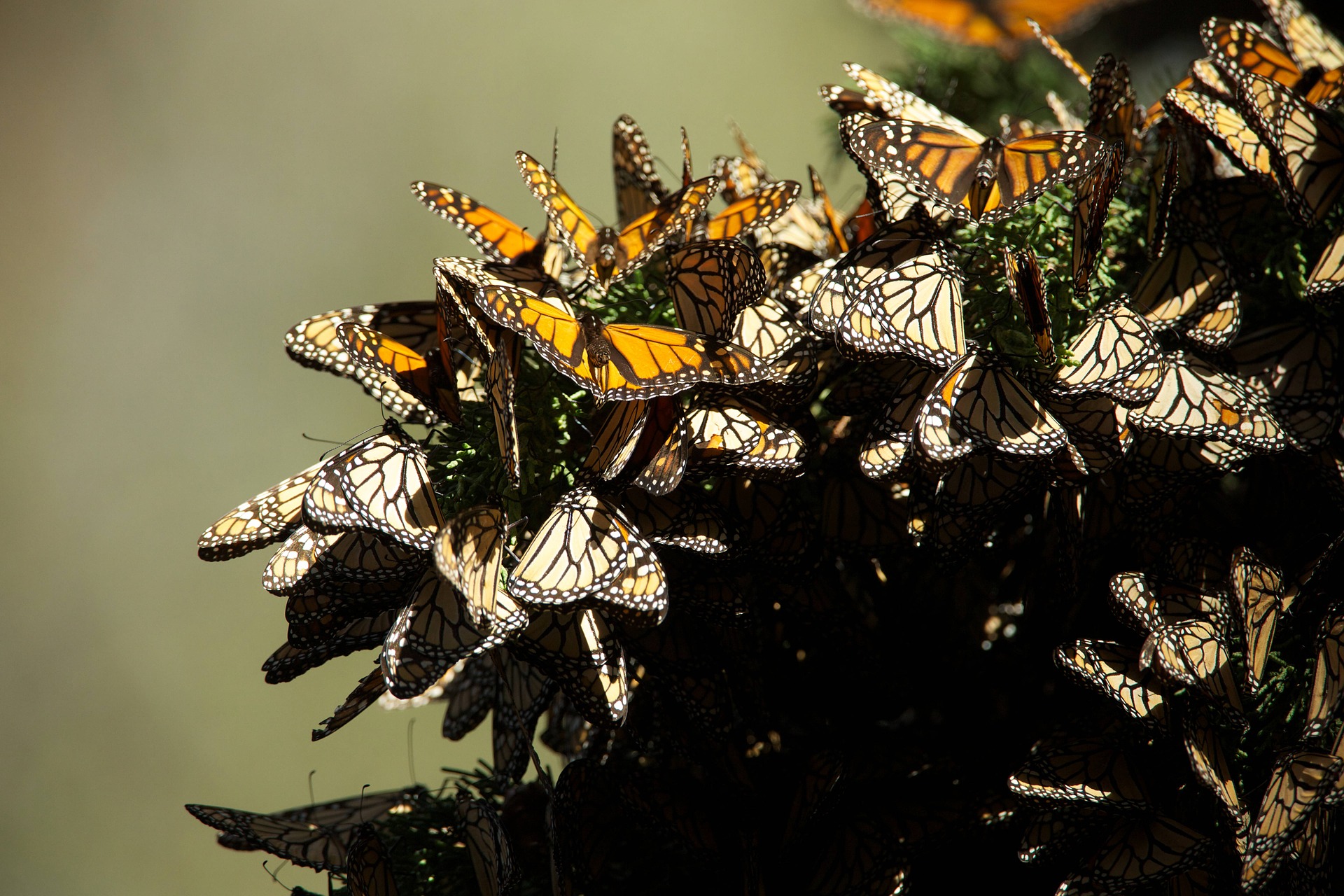 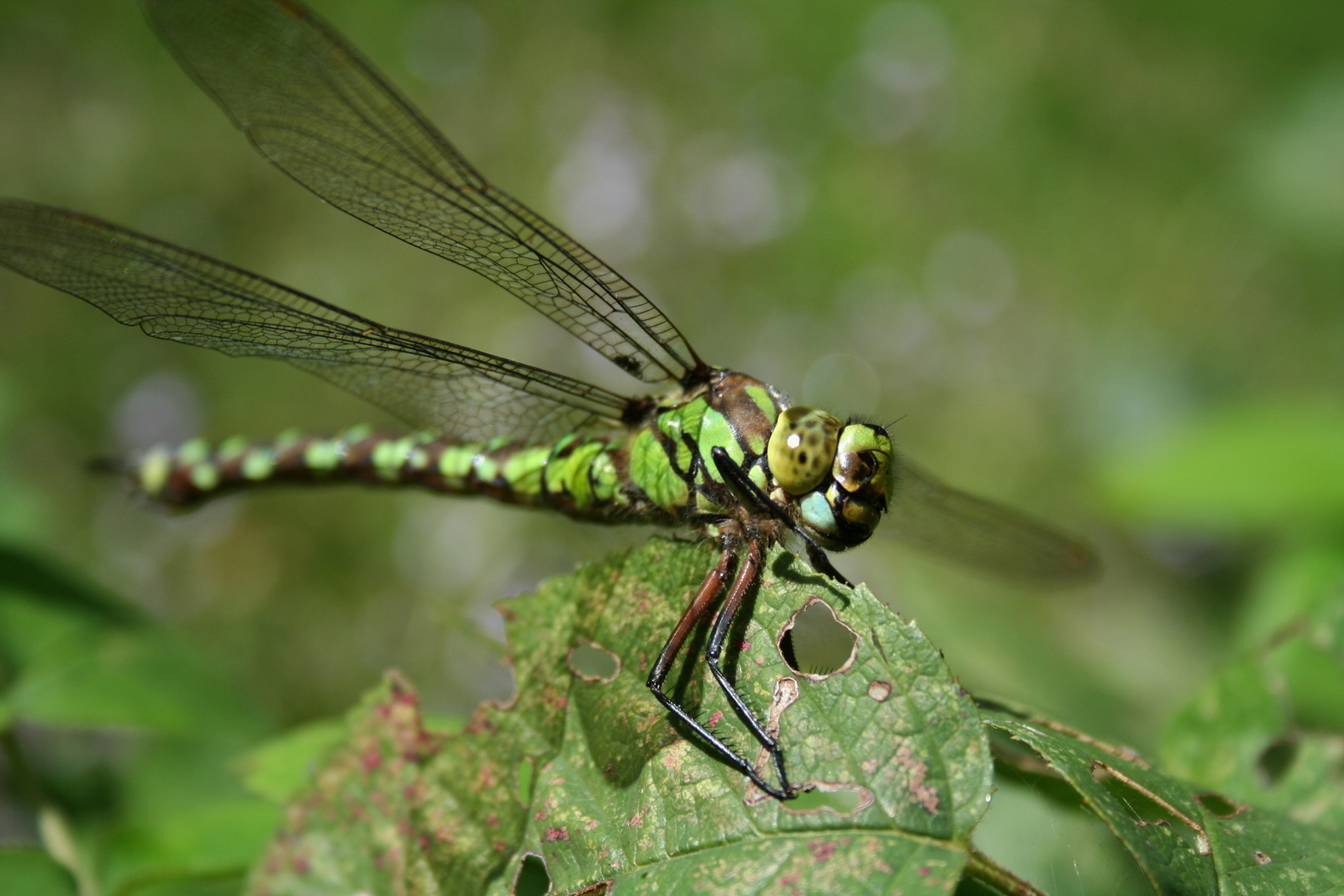 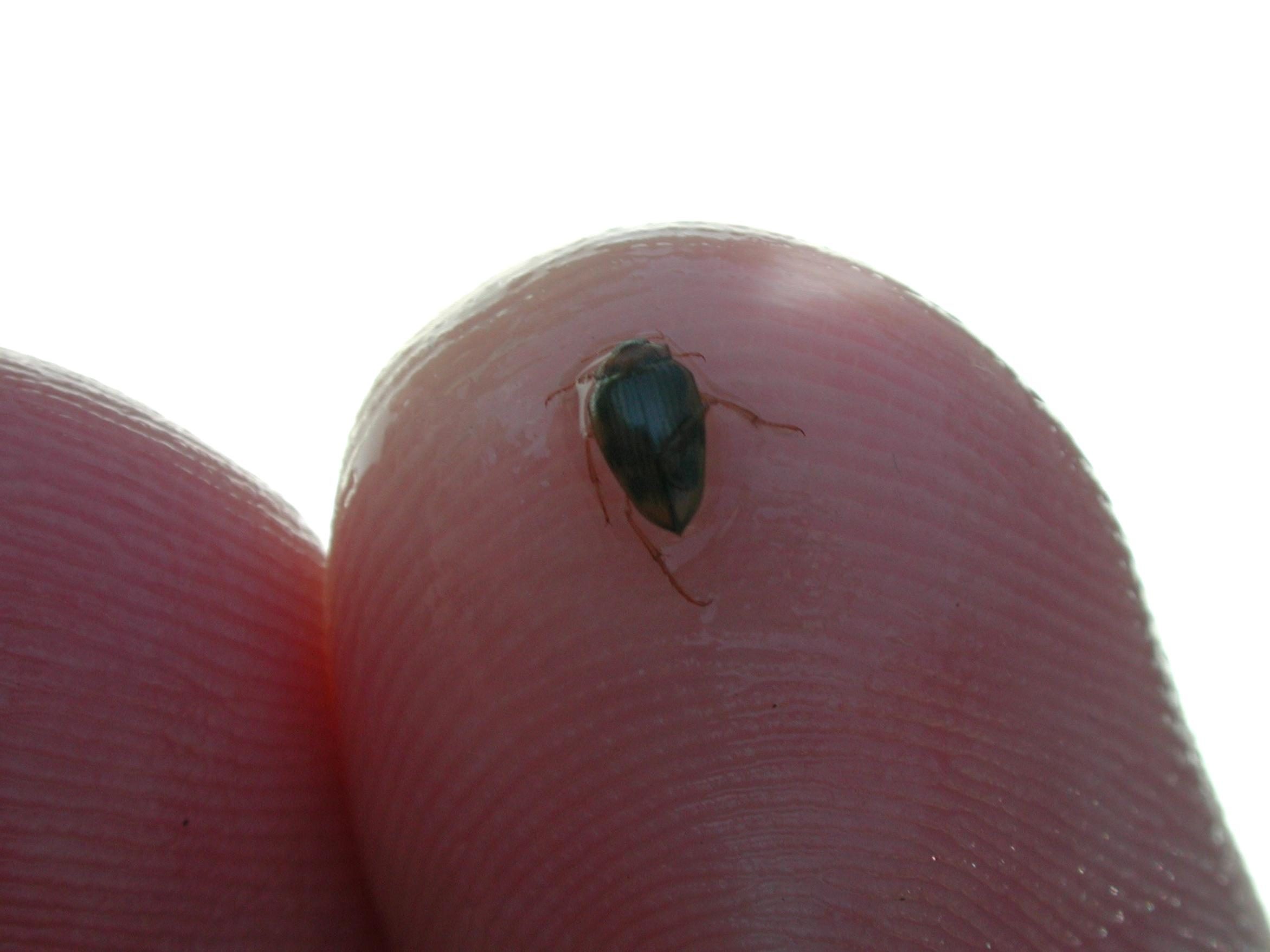 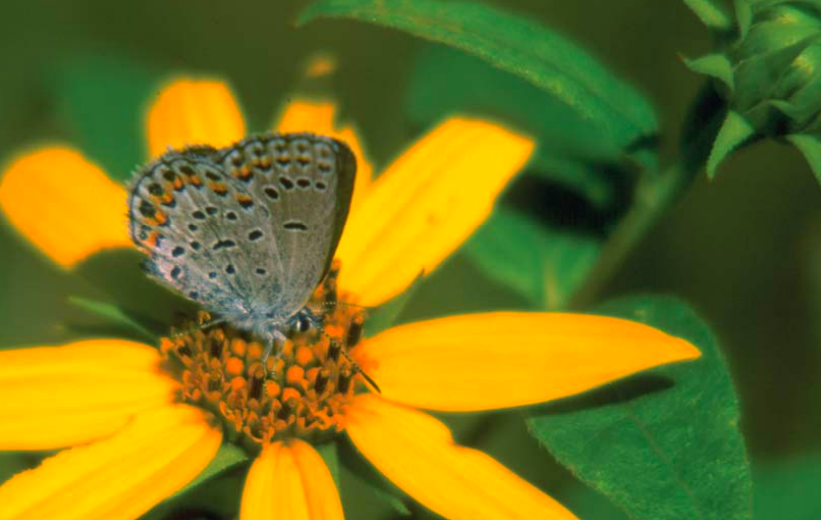 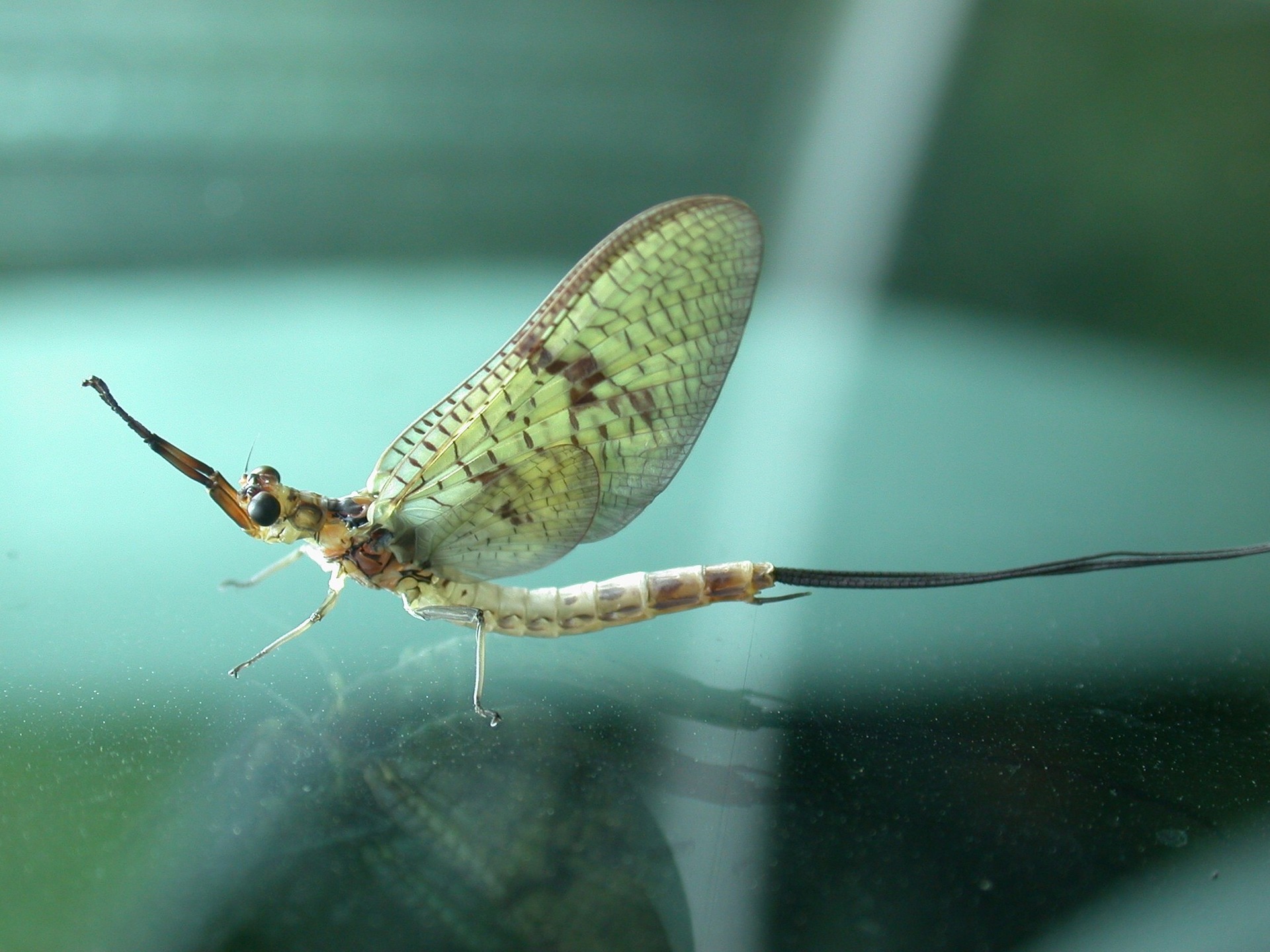 What’s orange, flies to Mexico every year and was recently proposed as a Michigan icon?

Four Michigan senators recently introduced a bill to make the monarch butterfly Michigan’s state insect. The idea, pushed by a group of schoolchildren from West Bloomfield School District, has some support. But others think that there are many other more suitable insects.

“That seems like a cool idea,” said Daniel Eichinger, director of the Michigan Department of Natural Resources.

Designating the monarch could lead to an essential conversation about the loss of pollinators in the agricultural system, he said.

But if he had to pick, Eichinger thinks that mayflies would make a better state bug.

“Just because I am a trout fisherman,” he said.

Michigan and Iowa are the only states without a state insect. And there are plenty of ideas which one Michigan’s should be. 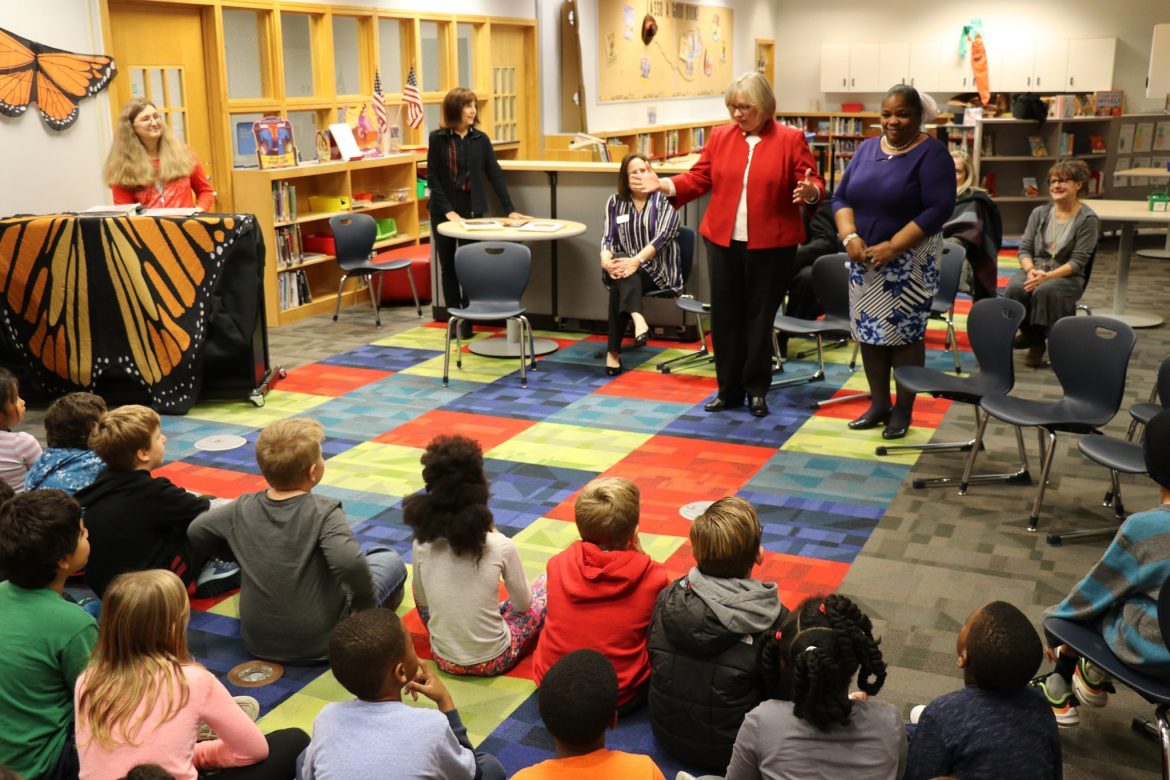 If it’s passed, Michigan would join seven other states that have the same butterfly as their official bug: Alabama, Idaho, Illinois, Minnesota, Texas, Vermont and West Virginia.

“This butterfly is found mostly in the Midwest and in western Michigan and is federally endangered. It’s very beautiful and it needs help in order to survive, more so than the monarch,” Dunn said. 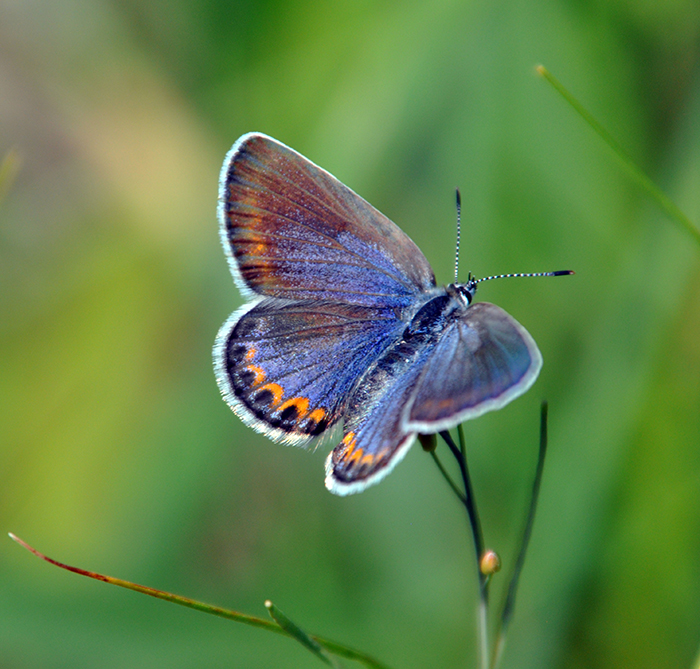 Another option is the Hungerford’s crawling water beetle, Dunn said. It’s also a federally endangered species and unique to Michigan. It lives on the bottom of a few rivers in the northern part of the state.

“It’s not as showy or as beautiful as a butterfly, but just as important,” he said.

“Their biology is cool with a rectal gill and the big scoop they use to grab prey,” McCullough said. “They are voracious predators of mosquitoes and other small insects. They are diverse, colorful, common. Part of their life cycle is aquatic and big fish like to feed on them.”

McCullough, who has been studying the invasive emerald ash borer for years, doesn’t think that insect – the most destructive and costly forest bug to ever invade North America – is much of a candidate.

“I’m not sure we want to make emerald ash borer the state insect,” she said.

The monarch bill is now before the Senate Committee on Government Operations. When second grade students at Gretchko Elementary School presented their research about declining monarchs, Bayer agreed the issue is vital, Reiter said. “The butterfly is an essential part that contributes to Michigan’s agricultural economy.”

Karen Meabrod, a special education paraprofessional, said that the students had been studying the butterfly for a while before they met Bayer. 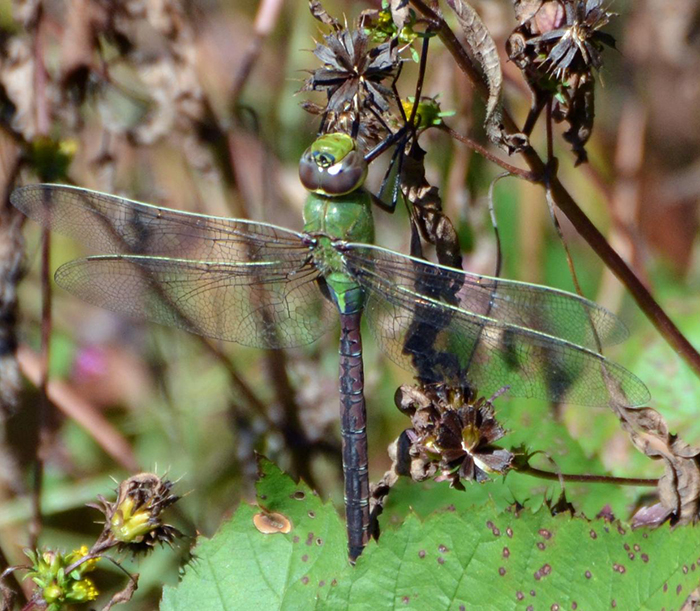 “The whole idea is not only to help preserve the butterfly but also introduced the kids to the legislative process,” she said. At least 127 students are involved in the project. They will continue to write letters urging lawmaker to give the bill a hearing.

“We have a very diverse landscape – woodlands, trees, field crops, diverse flowers…,” he said. “This kind of place is a refuge for butterfly, whether adults or the larvae.” 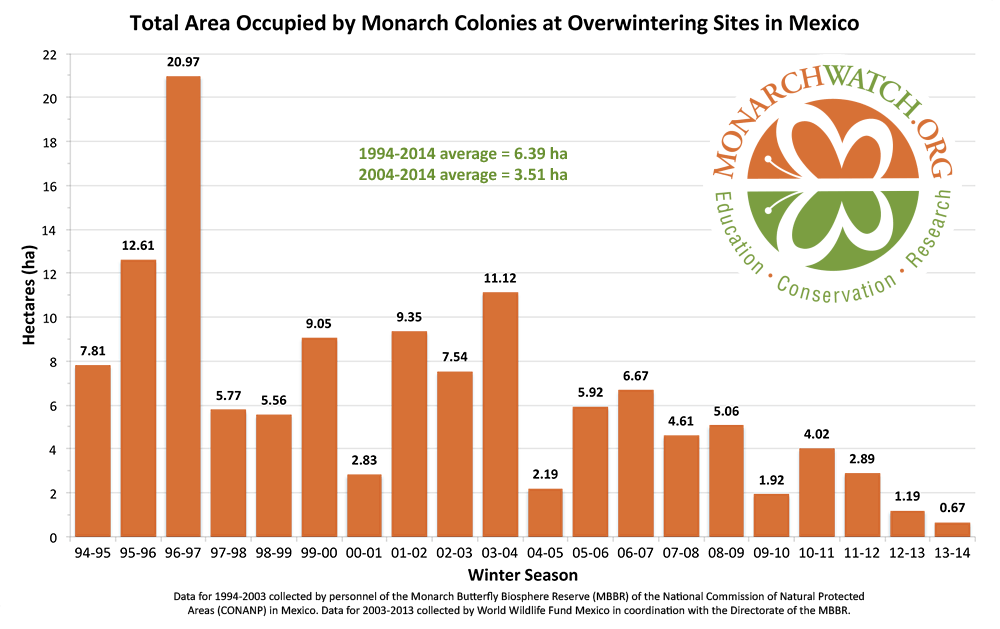 he monarch butterfly has declined 80 percent in its overwintering ground in Mexico over the past 20 years. Image: Monarch Watch

Making monarchs the state insect perhaps will prompt people to grow the milkweed which hosts and feeds their young, he said.  The number of monarchs overwintering in Mexico has dropped more than 80 percent over the past 20 years.

“It’s vital to bring the light to this issue,” he said.

Which bug do you think should be Michigan’s state insect? Vote below!

One thought on “Insect indecision: Which should be Michigan’s state bug?”