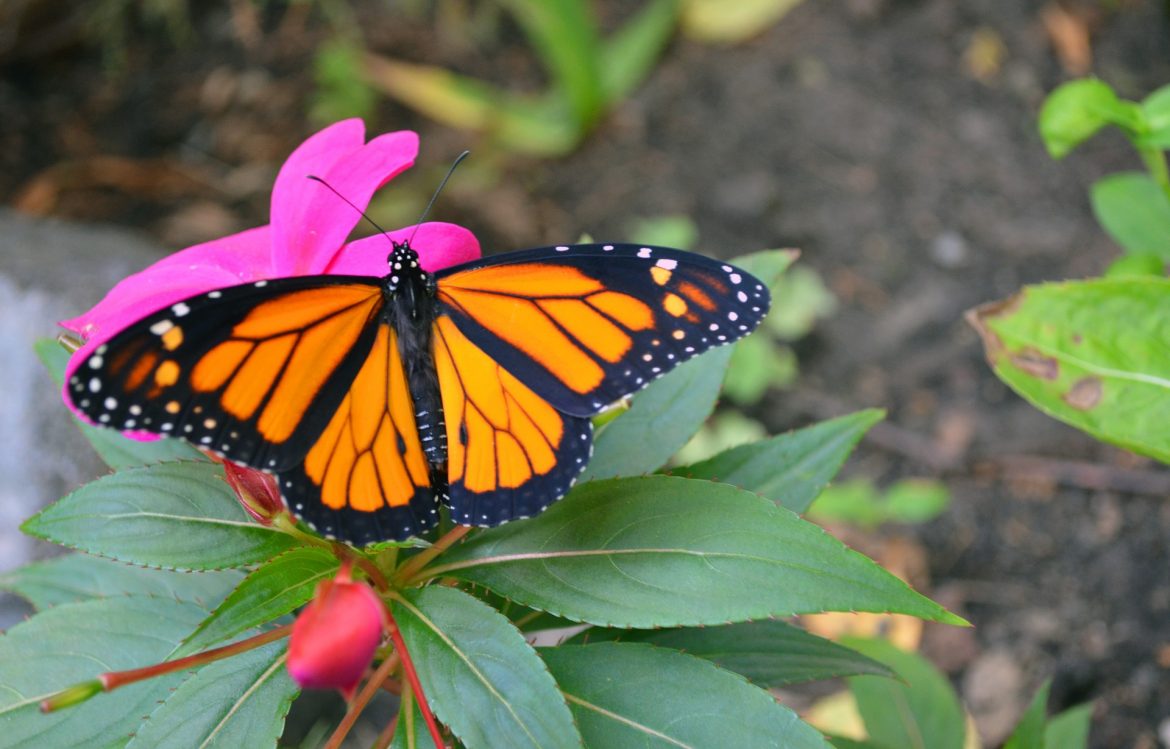 The monarch butterfly might be on the decline, but a little milkweed-whacking can help get them back on their feet, experts say.

And that’s where the weed-whacking comes into play. Chopping down milkweed stems won’t kill them – the plants have an underground network of buds, so stems pop right back up just as soon as they’re sliced down. By mowing plots of milkweed plants midway through last summer, the researchers created a golden opportunity for the monarch butterfly: a slew of freshly-regenerated milkweeds, temporarily free of predators, which are killed in the mowing.

“I was surprised by the strong and relatively long-lasting effect of mowing in reducing predator communities,” said Doug Landis, a Michigan State University distinguished professor and the leader of the lab. “I think it’s possible that strategically-timed mowing can be used to enhance monarch habitat across the breeding region.”

The controlled destruction of a habitat to preserve its species might seem paradoxical, but it’s not, Haan said. In fact, the monarch is just one of many species that depend on a cycle of habitat death and regeneration to flourish. One prominent example is the Kirtland’s warbler, a yellow-bellied songbird that makes its home in young jack pines, a tree that relies on death by fire to reproduce. The flames’ heat opens the jack pine’s otherwise resin-sealed seed cones, ensuring a new generation of trees suitable for the warbler, according to the National Audubon Society. 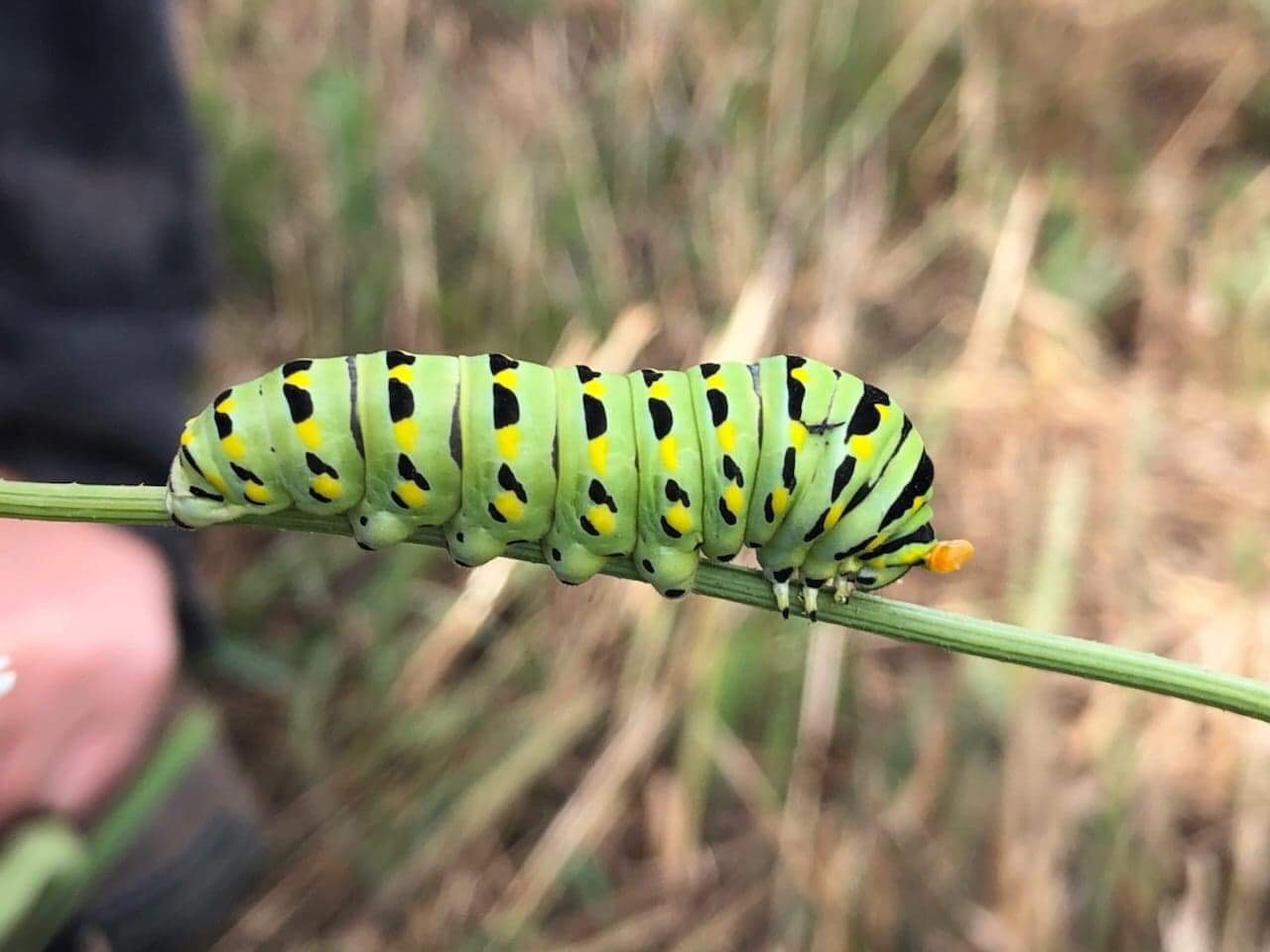 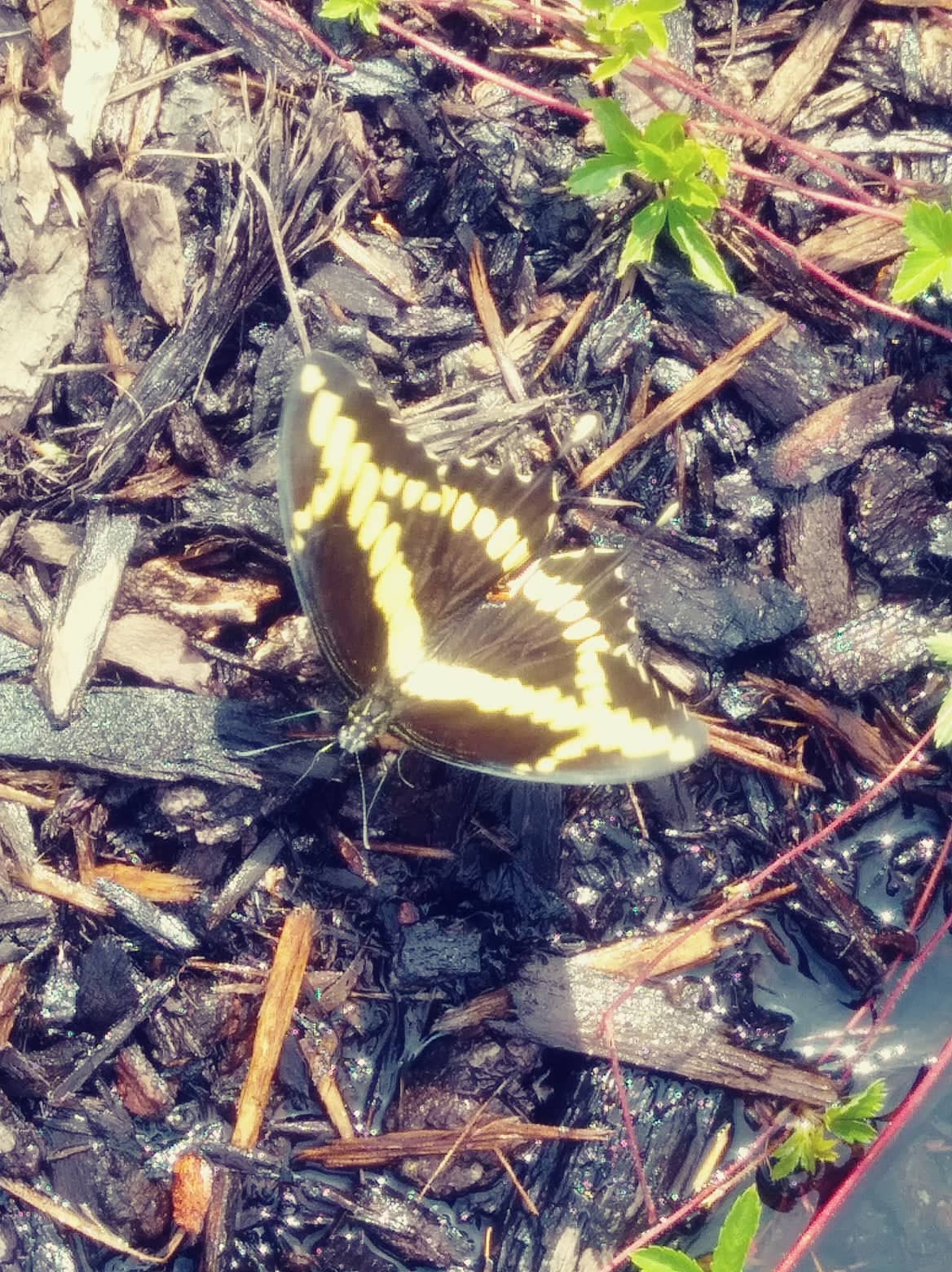 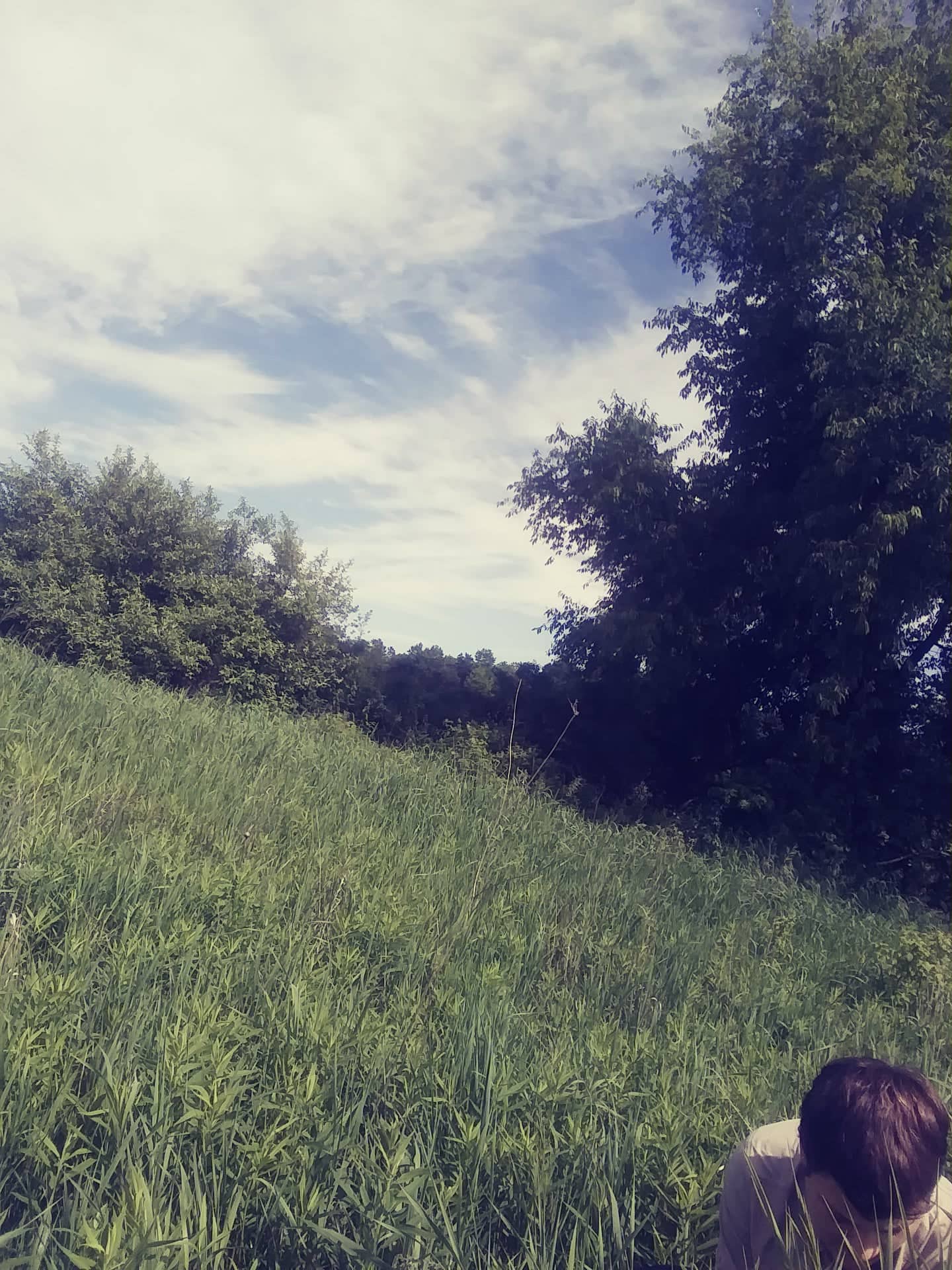 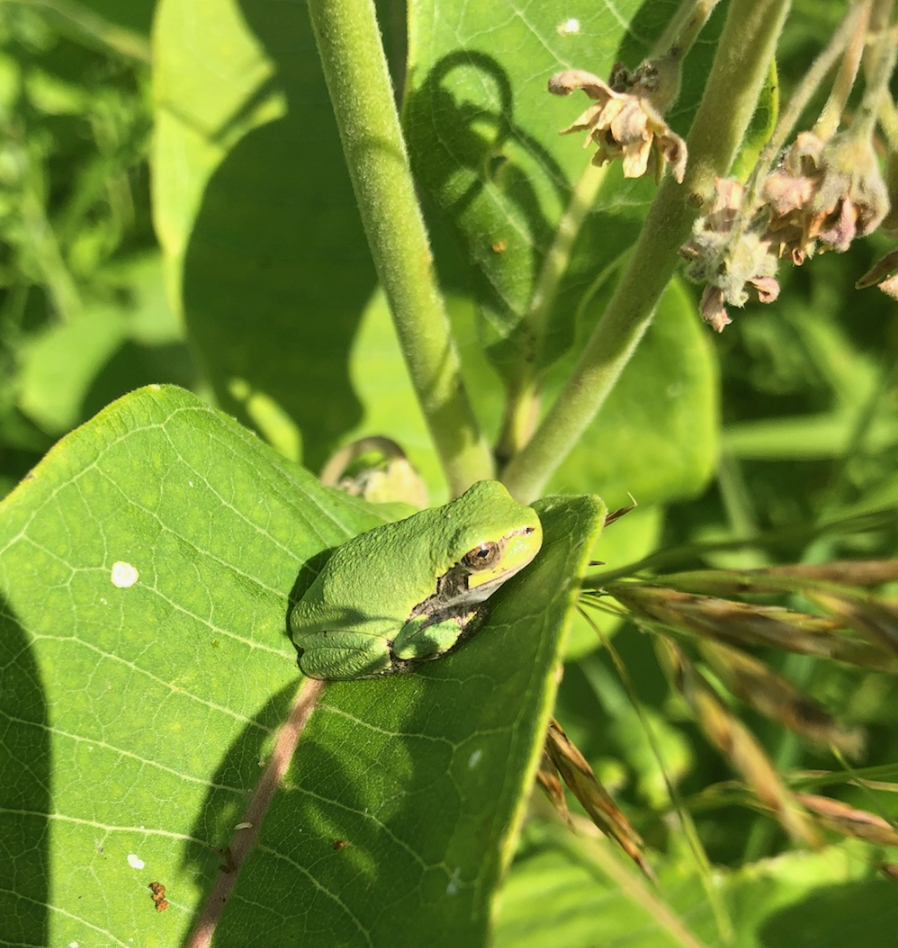 Despite its name, the eastern gray tree frog can be gray, green or brown. This one is hiding out on a milkweed leaf. Image: Kelsi Kroll 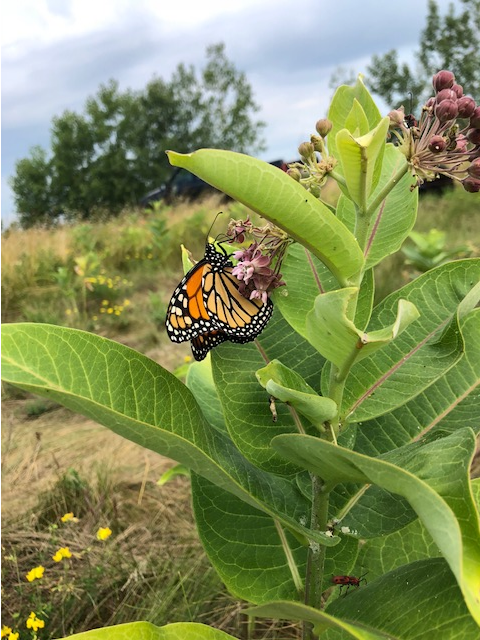 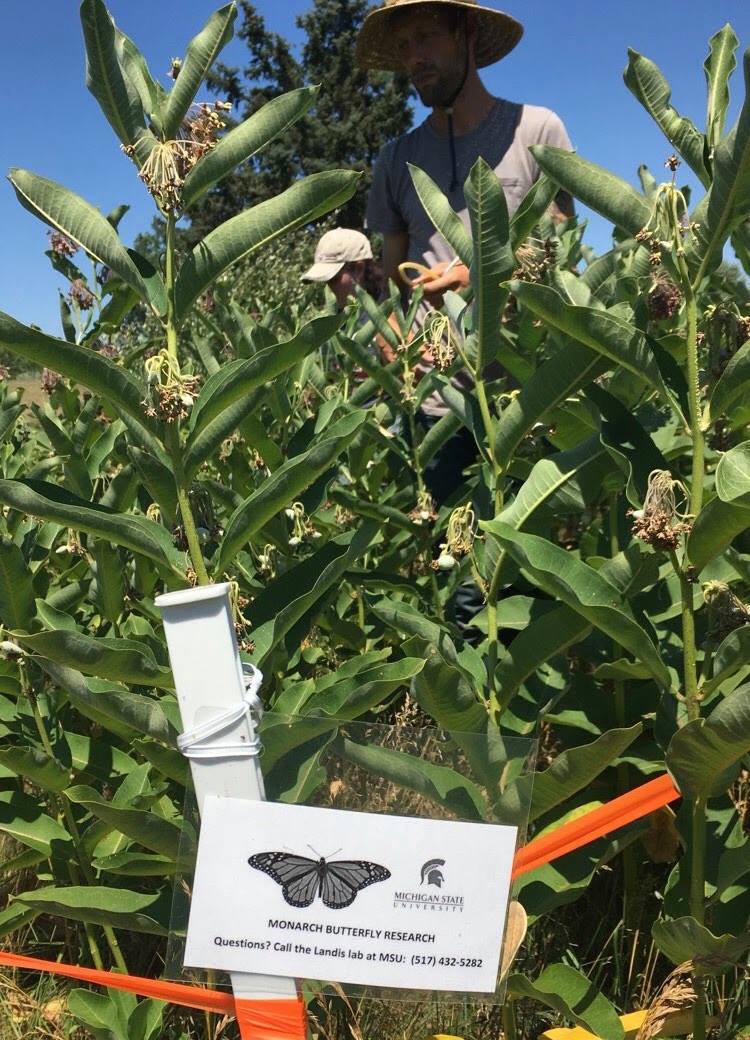 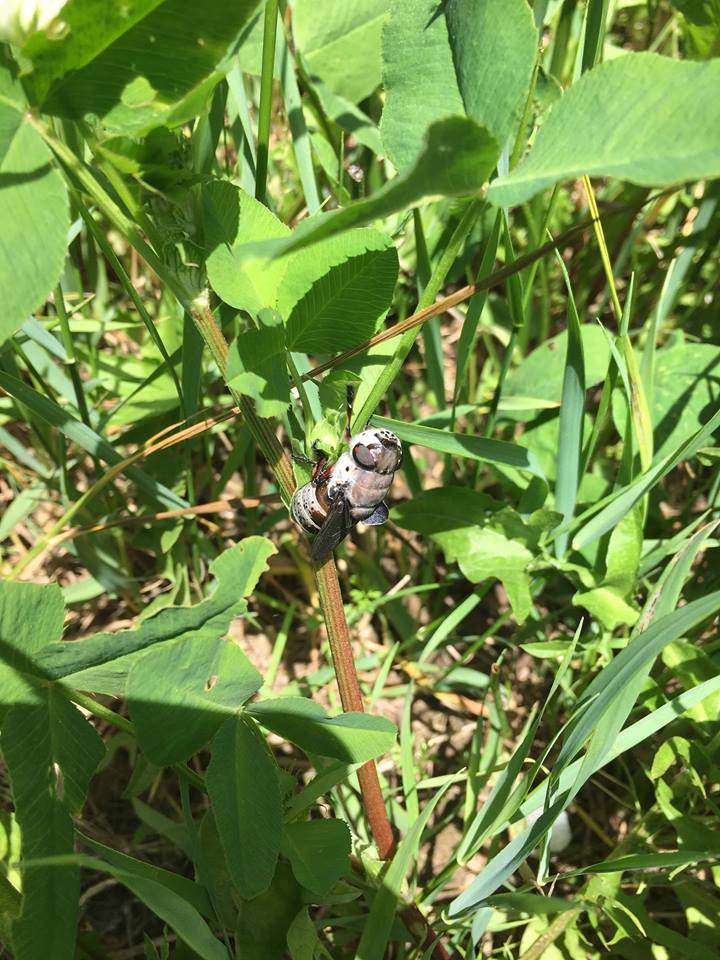 A rabbit botfly rests in a patch of dense grass. Image: Lane Proctor 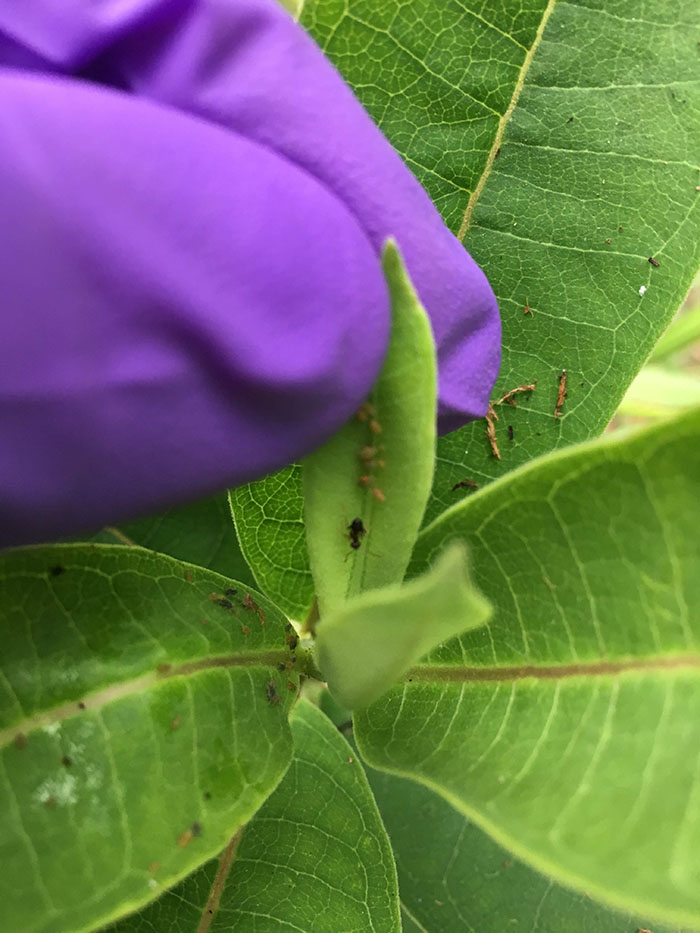 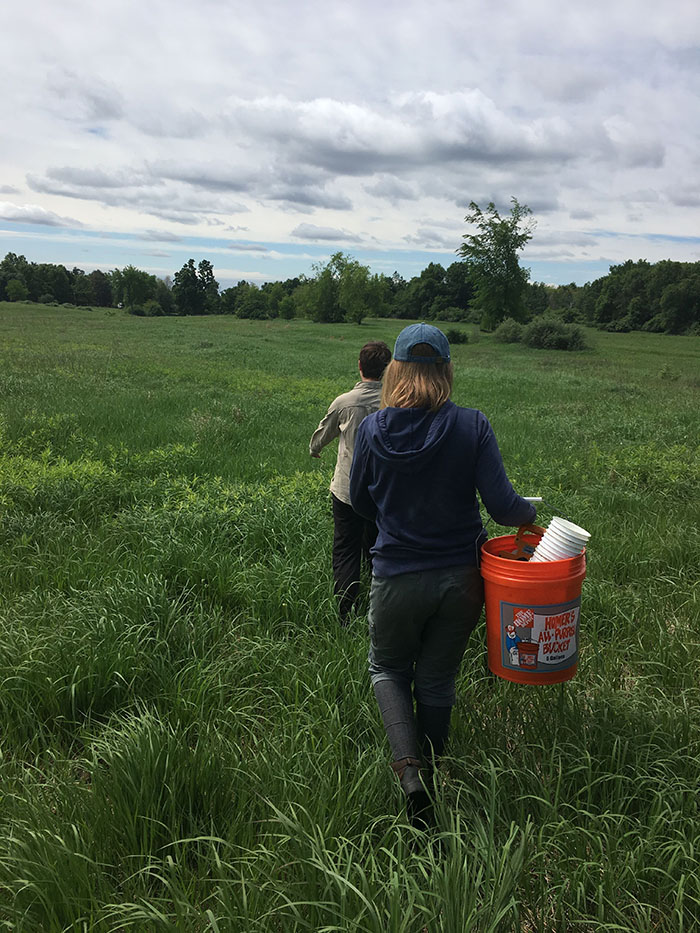 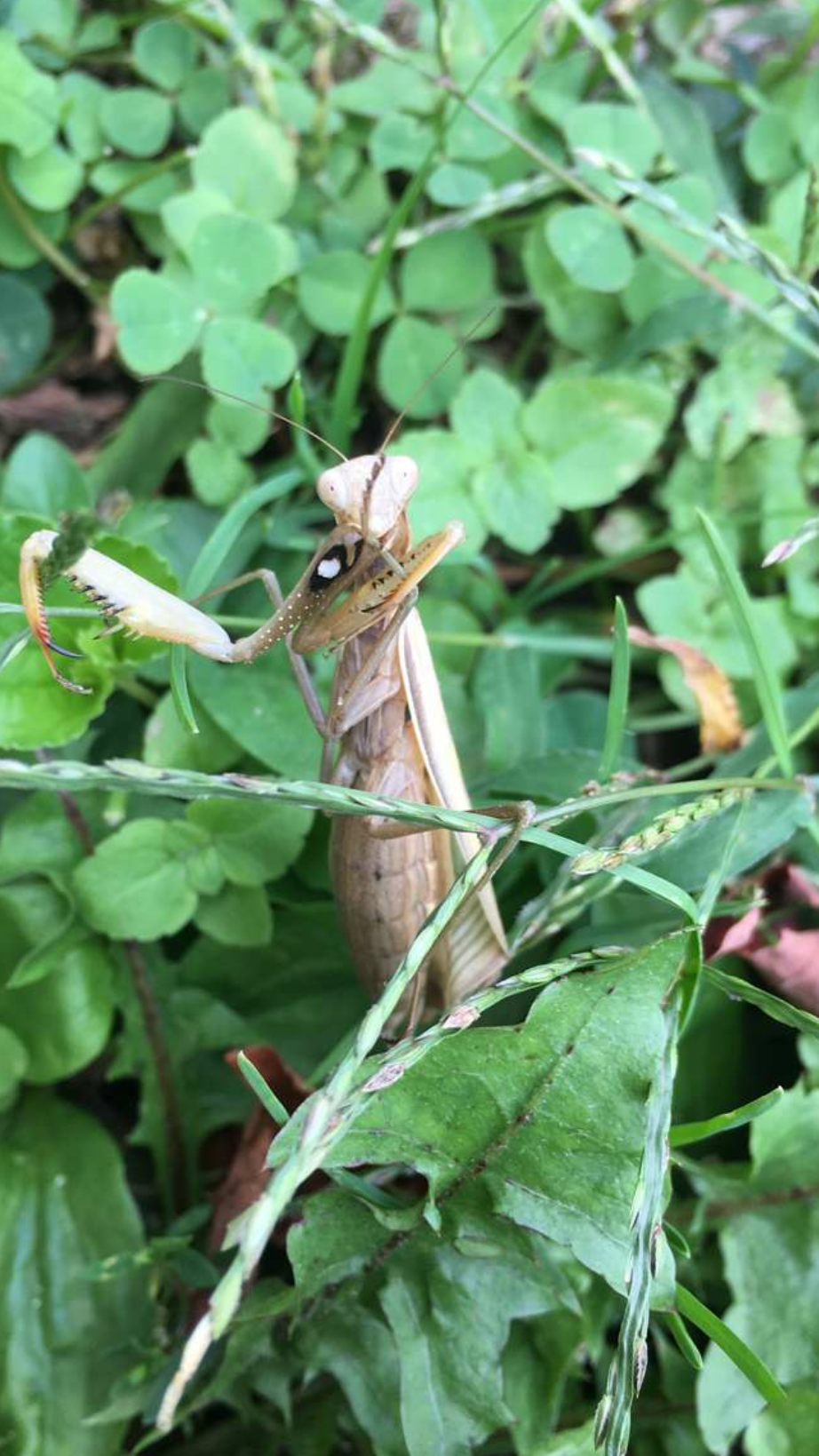 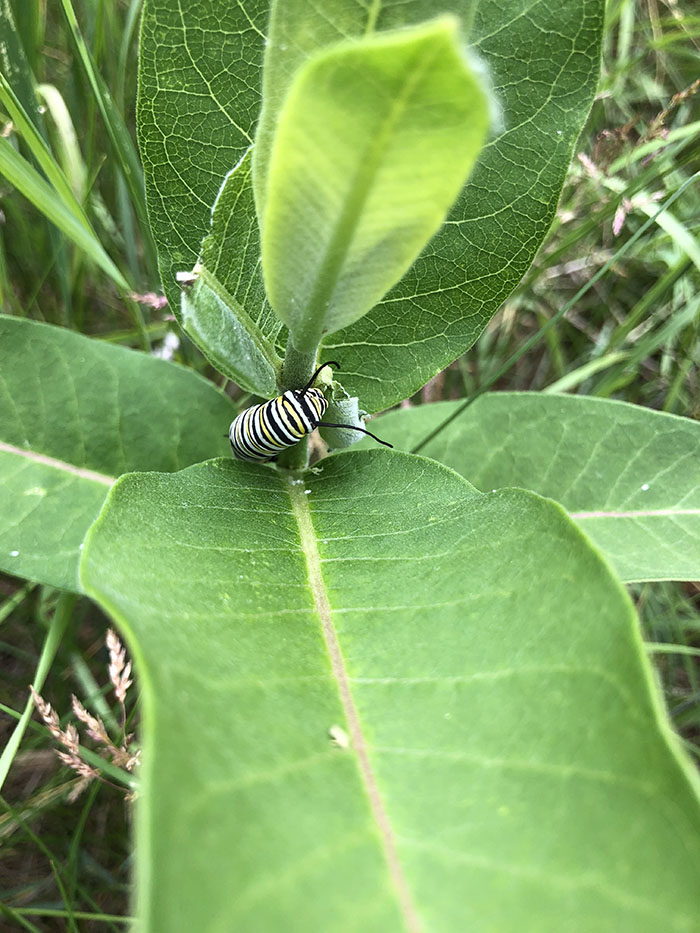 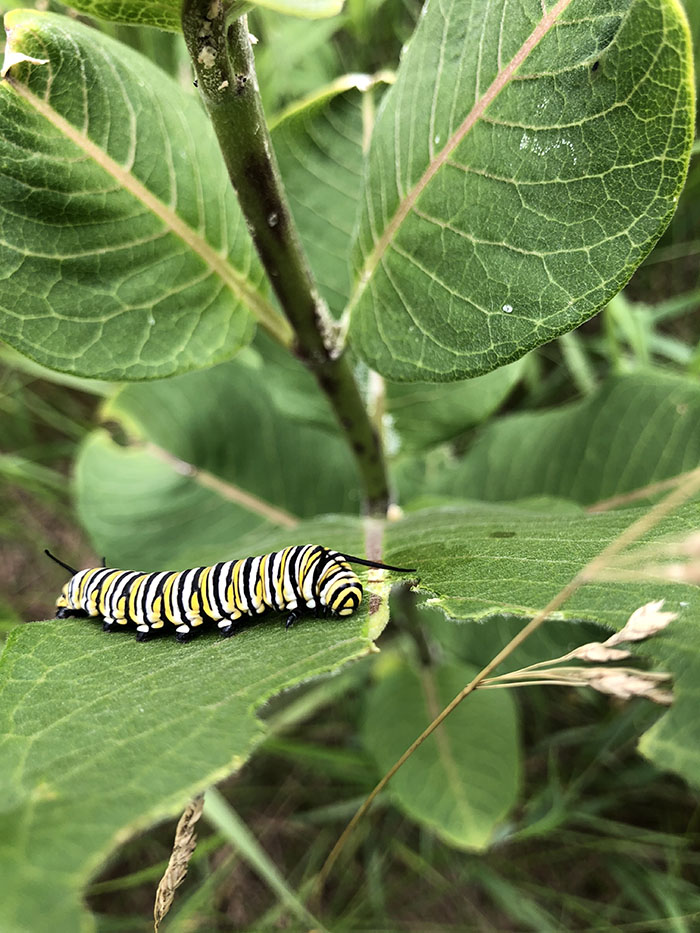 Researching insects is hard work. Click play above to hear 2018 summer research technicians Lane Proctor, Lindsie Egedy and Kelsi Kroll talk about what it’s like to be a field technician carrying out the entomology research experiments that yielded hopeful news for the monarch butterfly.

“It’s counter-intuitive because sometimes their habitat is destroyed on the short-term in order to be maintained in the long-term,” Haan said. “But there are lots of examples of disturbance-dependent butterflies that use host plants in grasslands or wetlands.”

The study’s results indicate that some mild, midsummer milkweed mowing (say that three times fast) could bolster the butterfly’s numbers. And it’s not just scientists who can lend the monarch a helping hand – anyone with a garden and a weed whacker can aid in its recovery.

“Gardens present an ideal opportunity,” Landis said. “I suggest that gardeners consider cutting back some stems of common milkweed at flowering time and see if they subsequently see more monarch eggs and larvae.”

“It can be hard to wrap one’s mind around the scope of this decline,” the study says. “The decline from 4.5 million to 28,429 monarchs is similar to the difference in size between Los Angeles and Monterey.”

But the horizon isn’t all doom and gloom for the illustrious butterfly. The monarch is a hardy species, Landis said.

“Their populations are remarkably resilient and capable of tripling their numbers from year to year,” he said. “I think that, with our help, the monarch can recover to stable population levels.”

Haan is optimistic, too.

“Monarchs are an iconic species. They’re lots of peoples’ favorite insect, and they have a unique migratory pattern that spans thousands of miles,” he said.

“People are excited about monarchs, so I think there is motivation to conserve them.”