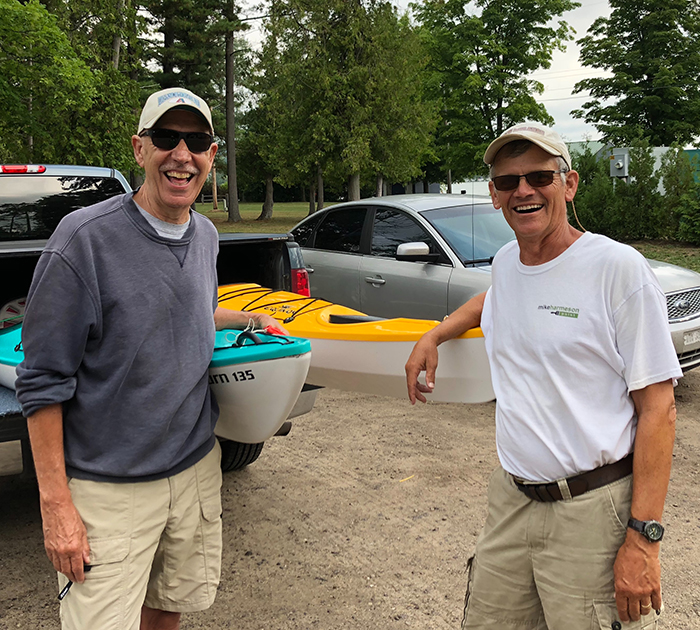 “People need to see this,” said the Leelanau resident.  “It’s just so pretty.”

It was his love for the area that inspired Constant to write “Leelanau by Kayak.”

Leelanau County is the little finger of Michigan, about 30 miles north of Traverse City.

The cover of “Leelanau by Kayak” describes the book as containing “day trips, pics, tips and stories of a beautiful Michigan peninsula.” 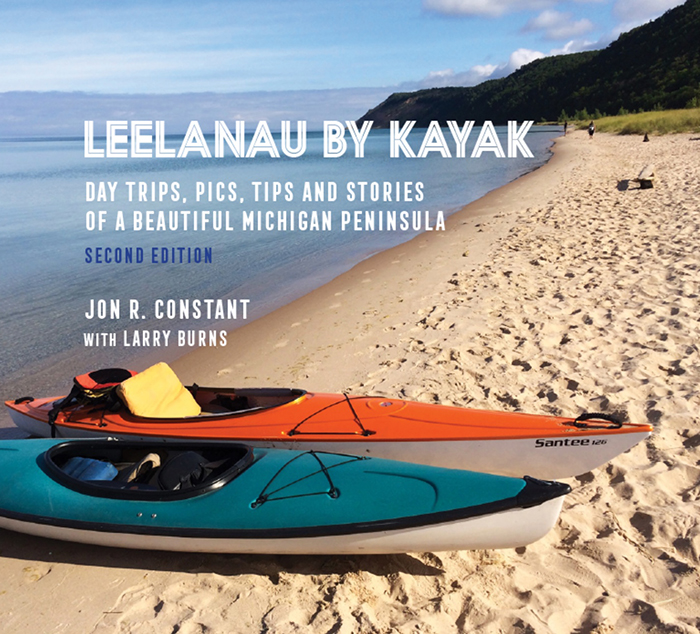 The first edition was published last spring by Mission Point Press, and can be purchased from Amazon for $22. But the second edition should be available April 22. It will cost $25 and include 26 new photos and three historical museums.

Constant is the author, but his kayaking partner, Larry Burns, also contributed.

“I’m just the model basically,” Burns said.  “I load kayaks and then I paddle in front of him and he takes pictures.”

The two met at Traverse City Central high school, where Constant was a social studies teacher and Burns was a counselor.  They coached basketball together.

Burns amazed Constant with his stories of kayaking in Seattle, and that’s when Constant decided he wanted to explore Leelanau by Kayak after he retired in 2010.

Constant lives on Cedar Lake, where he has been kayaking for 20 to 25 years. It wasn’t until about 10 years ago, however, that he started really exploring Leelanau.

I got the idea for the first book at the end of the summer of 2017, Constant said.

“I thought it was going to be a picture book,” he said.  However, my publishers recommended I make it into a book of daytrips. 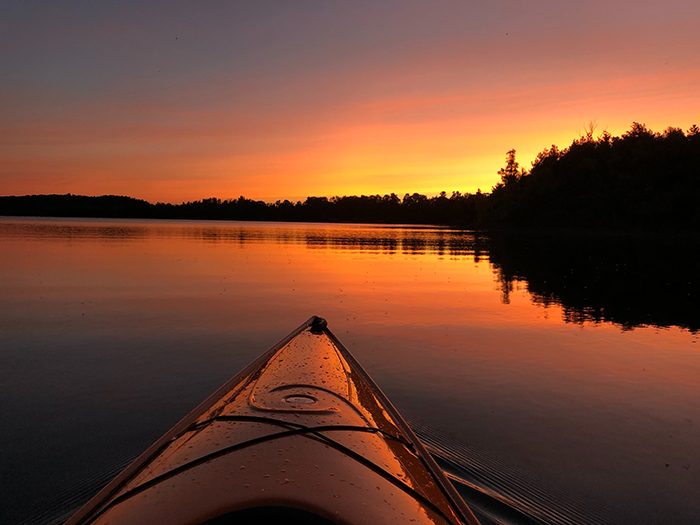 Along with pictures, Constant provides details about each trip, including the date he completed it, the location, access points, distance and time, features and comments.  He also incorporates a brief history of each trip’s location.

For instance, on his trip from Northport to the Leelanau Lighthouse, Constant writes about how Grand Traverse Bay got its name over 300 years ago from French explorers and fur traders.

“At 32 miles long and up to 10 miles wide, the French paddlers risked storms and dangerous waves to cross from what is now Antrim County to the tip of the Leelanau peninsula- the grand traverse.”

Constant describes his books as a legacy.

“I dedicated the book to my grandkids,” he said.

He worries about pollution and if the waters of Leelanau will be as beautiful for them as they’ve been for him.

“This is my little part to say here’s what it looks like,” Constant said.  “We need to do our part to keep it as pretty as we can.”

“It’s just a really spectacular area and I hope people appreciate that we live in a place where we have access to something like this, and a lot of people don’t have that.”

Constant insists he is not a professional writer, kayaker or photographer.  His pictures were taken with an iPhone. 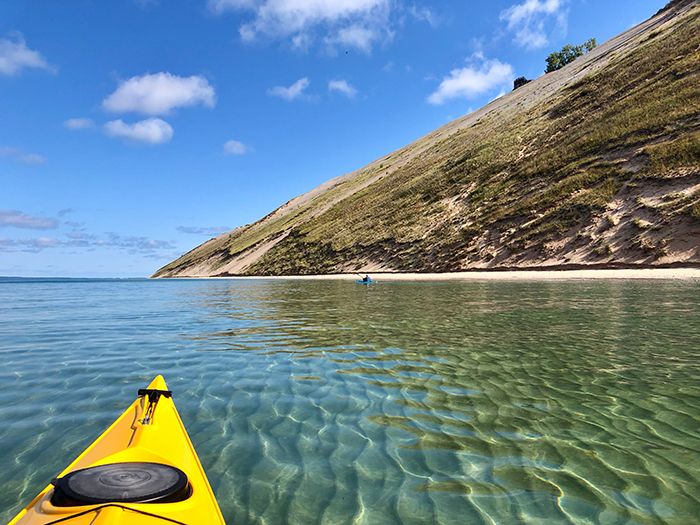 He prefers to be viewed as simply someone with a passion for the area.

“We retired about the same time,” Burns said.  “And we just decided we’d do as many lakes as we could in northwestern Michigan.”

The book stemmed from the picture-taking.  “We’d start saying, ‘wow these are really good pictures, we should do a book,’ kind of jokingly,” Burns said.

“Jon had always wanted to do some type of book,” he said.  “But he thought it would be a history book- not a kayak book.”

There are many benefits of kayaking, Constant said.

“It’s a very calming, enjoyable afternoon.  And it’s a great way to just appreciate the unbelievable beauty of Michigan, especially for us around Leelanau county.