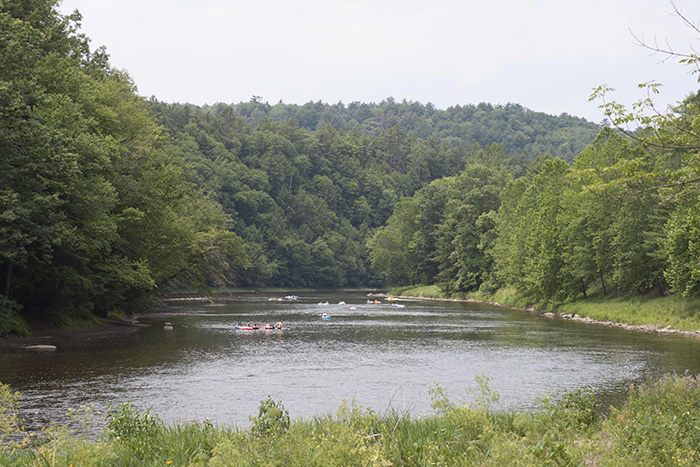 The muskellunge-filled Clarion River recently won Pennsylvania’s River of the Year for the third time.

The designation given by a vote of the public gives a waterway in Pennsylvania the help it needs, said Terry Brady, press secretary for the Department of Conservation and Natural Resources. The program protects and improves waterways through public awareness and increased appreciation from communities.

“It’s recognizing the river for what it offers and what it could offer,” Brady said. “It brings it back if it’s hurting (through) the economic benefits of a revitalization of a waterway.”

The Allegheny Watershed Improvement Needs Coalition awarded a $10,000 grant to the Western Pennsylvania Conservancy to fund canoeing, kayaking, paddling, rafting and other activities along the river. It stretches 51.7 miles in northwestern Pennsylvania.

The program was started in 1993. Last year, Loyalsock Creek won the designation. This year, coming in second was the Delaware River and coming in third was the Lackawanna River.

The upper part of Pennsylvania’s Clarion River is known for great fishing, particularly for large muskellunge.

But good luck getting someone to tell you where to catch them.

“Those musky fishermen are really secretive,” said John Hayes, the outdoors editor at the Pittsburgh Post-Gazette. “They won’t tell you that. I mean, they don’t want to tell you the river (is good for musky), let alone where exactly on it.”

But the news about the recreational quality of the Clarion is hardly secret – considering it received 5,850 votes out of the 14,790 cast by the public.

The Clarion is a great recreation destination, Hayes said. He began waterfowl hunting on it with his father in the early 1970s.

“It’s a slow, meandering river where the hemlocks sort of come right down to the bank of the river,” Hayes said. “You’ll see deer on the side, you’ll see bank beavers scurrying around you.”

2 thoughts on “Clarion named Pennsylvania’s river of the year”