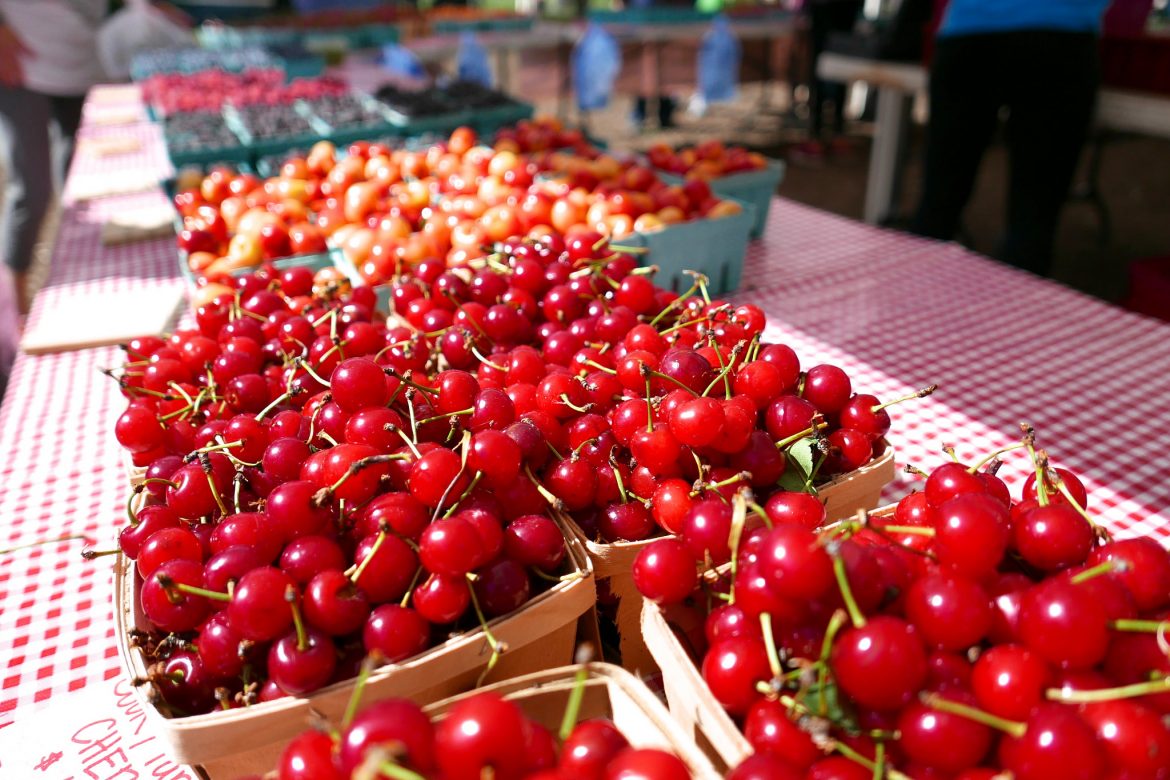 After years of battling what they see as unfair trade practices, Michigan’s tart cherry growers got a win last month.

President Donald Trump revoked Turkey’s duty-free status for cherry juice, which means there is now a tariff on juice imported from Turkey.

“We were very happy that the Trump administration had signed an order revoking Turkey’s duty-free status on tart cherries,” said Ben LaCross, a second-generation cherry farmer from Cedar in Leelanau County.

In recent years, the state’s growers had trouble competing with cheap imports from other countries, especially Turkey.

“That’s been a big issue for us,” LaCross said. “They are dumping cherry juice concentrate into the market at way below the cost of production in this country.”

But the president’s proclamation is more symbolic than anything else.

“We’re glad that Turkey no longer can get free access,” said Michael DeRuiter, a third-generation cherry grower from Hart in Oceana County. “But the reality is that the tariff amount isn’t going to be substantial enough to impact imports.”

While it won’t stop Turkey, it sets a premise that Turkey can’t bring its cherries in for free, he said.

It also shows growers that the president is on their side, LaCross said.

“It’s a signal to Turkey and to those of us in the industry that we have an ally in the White House who’s looking at unfair trade situations,” he said.

Michigan’s growers have to continue the fight, said Kevin Robson, a horticulture and industry relations specialist for the Michigan Farm Bureau.

“I think that all of the efforts of those involved in the industry has definitely moved the ball down the court, but we’re nowhere near there yet,” he said. “We’ve still got a long way to go to recapture those markets.”

Turkey controls most of the juice concentrate market in the United States, DeRuiter said. And it’s starting to creep into the dried cherry market as well.

“If they take over dried as well as juice, I think the U.S. farmer is in big trouble,” he said.

Michigan’s cherry farmers produce 75 percent of the nation’s tart cherries, and the crop is worth $54 million, according to the  Farm Bureau.

Turkey hasn’t provided any information about its tart cherry industry to the World Trade Organization since 2014, Robson said.

Cherry growers in the U.S. assume that the Turkish government heavily subsidizes the industry, which allows its tart cherry juice to be sold at significantly lower prices in the U.S., but because it hasn’t given the World Trade Organization any data, there’s no proof, DeRuiter said.

“If we’re going to claim that Turkey is illegally dumping cherries onto the U.S. market, U.S. cherry growers would have to prove that the Turkish industry is selling Turkish concentrate in the U.S. for less than what it costs to produce cherry juice in Turkey,” LaCross said.

If it could be proved that Turkey is selling concentrate for less than it costs to produce, then the U.S. tart cherry industry would be able to file an antidumping case against Turkey with the Commerce Department, he said.

“In our industry, we’re price takers,” LaCross said. “We have to take whatever the market is going to bear. And where there’s a low-cost foreign dumped commodity stealing our markets like Turkey is, it ruins the price for our crops.”

Growers are facing another year of losses, DeRuiter said.

“It’s going to be another red-digit year for cherry farmers,” he said. “Even though we had a nice crop and quality was good, it’s another poor return. And I hate to say that, but it’s the reality we live in.”

LaCross said cherry farming is a long-term investment. When growers plant a tree, they have to keep it in the ground for at least 30 years. There’s zero production from a tree for the first seven or eight years.

“We can’t just turn production on and off like a corn grower or soybean grower could,” he said.

LaCross said he’s hopeful the industry will turn around in the next several years.

“The tart cherry is an iconic crop that we grow in the state of Michigan,” he said. “It would be really shameful for us as a country to let such a wonderful fruit get its market stolen away by Turkey.”