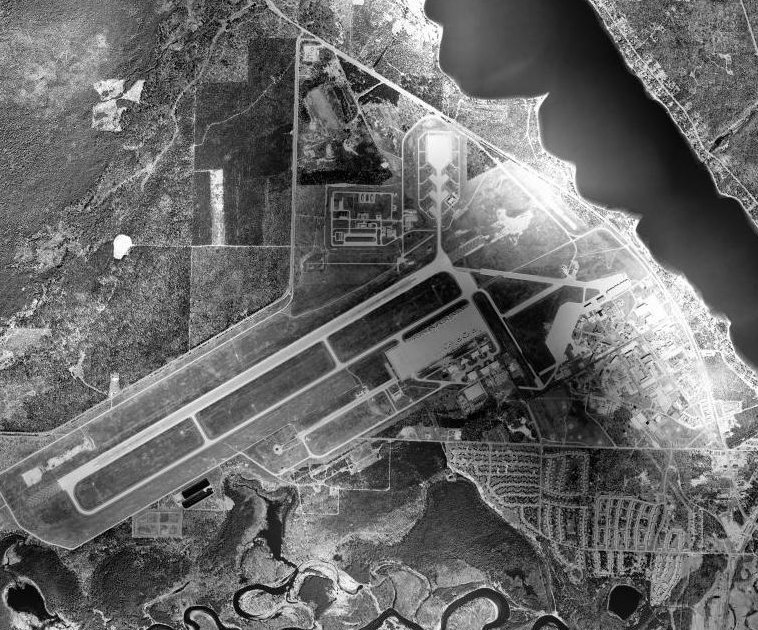 A wireless all-weather infrared camera system will be placed around Van Etten Lake in Oscoda Township in Michigan to detect PFAS discharge from the former Wurtsmith Air Force Base.

It’s the latest addition in a high tech monitoring of the contaminant that has already included the use of drones. State officials expect to increasingly use such technology in pollution investigations.

PFAS compounds — per- and polyfluoroalkyl substances — are a group of harmful contaminants used in thousands of applications globally including firefighting foam, food packaging and many other consumer products.

Research conducted by the Agency for Toxic Substances and Disease Registry found that PFAS leads to an increased risk of cancer and learning defects among children.

The Wurtsmith Air Force Base closed in 1993, said Arnold Leriche, co-chair of the Wurtsmith Restoration Advisory Board and a resident of Oscoda.

“PFAS and other chemicals that were originally thought to be safe were used at Wurtsmith for 20 years prior to the base’s closure,” Leriche said. “The Air Force, Department of Defense and the Department of Environmental Quality (DEQ) have been cleaning up chemicals including PFAS for the last 20 years, and there is still much more to be done.”

Firefighting foam that contained PFAS was used at the base for many years and those chemicals seeped into local water sources, which caused the problem we have today, Leriche said.

Earlier the DEQ sed a drone to determine the best locations and height to mount the cameras in Van Etten Lake.

The new camera system is likely to be installed around the lake in the upcoming weeks, said Scott Dean, communications director for the DEQ.

In September, the department conducted similar drone reconnaissance over Lake Margrethe to locate contamination from firefighting activities at the Camp Grayling military base, Dean said.

This initial research was the first time that any state or federal agency has used drones during a PFAS investigation.

The drone’s forward-looking infrared camera is used to look for groundwater seeps entering the lake from the Wurtsmith Air Force Base, Dean said. They are identified by a difference in water temperature shown in the drone’s footage.

The drones and cameras have similar technology that use infrared imagery to track groundwater seeps, that often show PFAS contamination.

“Drones provide us with a unique way to track the dispersion of PFAS into bodies of water, which is why they were used at Grayling and now Wurtsmith,” Dean said. “We believe that this camera system is necessary in this case because the PFAS foam found in Van Etten Lake is more difficult to detect.”

Critics say that the high tech monitoring is not enough.

The DEQ is not doing enough to remedy this problem and the drone reconnaissance is more smoke and mirrors than a real solution, said Cathy Wusterbath, co-leader of the Need Our Water campaign.

“We all know that the foam is from the Wurtsmith Air Force Base and that it has a high concentration of PFAS,” Wusterbarth said.  “The drones are simply a distraction tactic and the real goal should be to find a solution to get clean water to those affected.”

The use of products that contain the PFAS chemical exploded in the 1950s and by the 1970s and 80s, manufacturers began seeing the impacts of these chemicals on their employees, said James Clift, the policy director of the Michigan Environmental Council.

“American chemical manufacturers stopped producing PFAS in the late 80s. However, other businesses continued to incorporate this chemical into their products as it is still produced in numerous countries overseas,” Clift said.

Michigan is doing a good job of trying to locate PFAS in an attempt to remedy this problem, Clift said.

“No other state in the country is looking into this issue as closely as Michigan is,” Clift said. “While the state is making huge strides, I worry that the standards set in place need to be raised to protect people’s well-being.”

Clift said no government ban exists to stop manufacturers from using products that contain PFAS. However many companies are moving towards alternative products that do not have the chemical.

“This change away from products that contain PFAS is driven mainly by the concern by many business that they could be held liable for contamination that may occur in the future,” Clift said.

Today only a handful of companies  still have PFAS in their products, he said.

Granular activated carbon filters, which reduce the amounts of PFAS and other contaminants in drinking water, can be purchased for personal or commercial use.