This story originally appeared on CurrentCast and is republished here with permission. 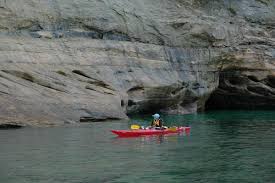 Kayaking and canoeing on lakes and rivers is nothing new. But there’s a growing movement to promote and improve access to paddling routes.

“Today there’s an official water trail on just about every mile of Great Lakes coastline that touches Michigan,” says Harry Burkholder of the Land Information Access Association in Traverse City.

He says designated water trails have signs to guide paddlers and can be easily accessed from sites that often have parking, bathrooms, and drinking water.

He says water trails make it easy for new people to give paddling a try. And as more people enjoy spending time on the water, there will be more people invested in protecting it.