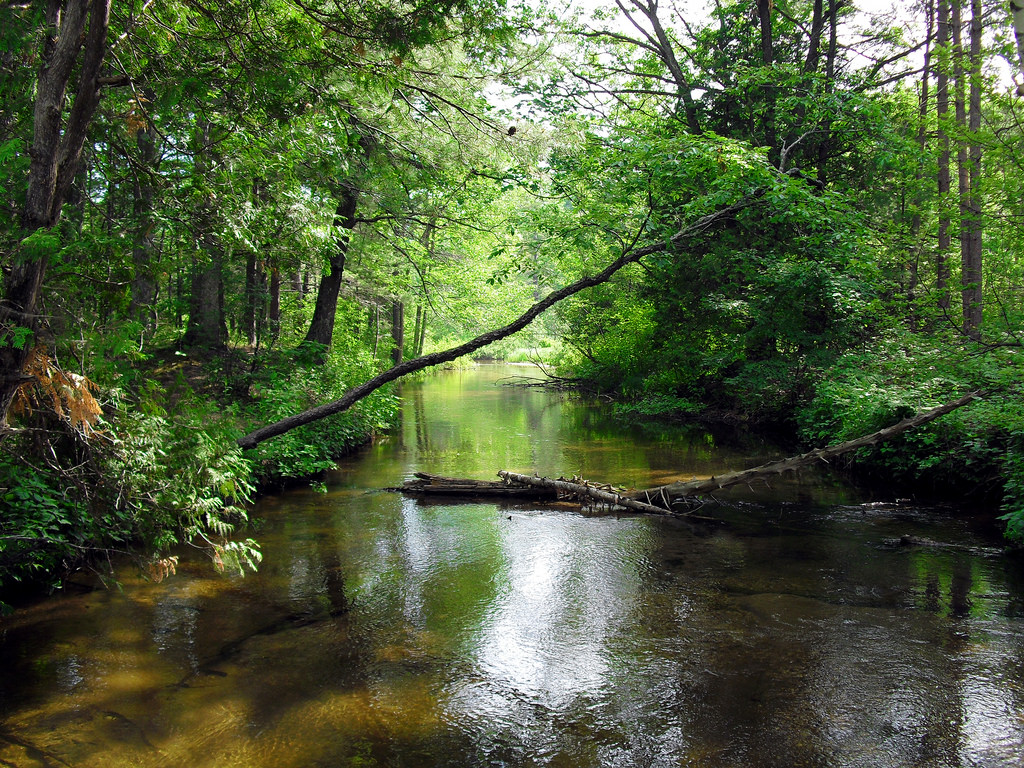 Volunteers around Michigan have tested inland waters — like this stream near the Sleeping Bear Dunes National Lakeshore — for decades under the purview of the Michigan Clean Water Corps’ programs. Image: Gary Elrod.

Michigan Gov. Rick Snyder is looking to save a program that’s kept an eye on inland lake and stream quality since 1974.

His Renew Michigan plan, announced in January, would raise state landfill fees and generate $79 million each year for environmental programs, $5 million of which will fund water quality testing, including the volunteer-driven Michigan Clean Water Corps.

The rest would be diverted to cleaning up contaminated sites — another longtime program that has run out of money.

Michigan’s landfill fees are the lowest in the region, according to the governor’s office. The hike will cost the average family $5 each year.

Snyder may struggle to convince lawmakers to raise fees with elections looming. Earlier attempts to raise landfill fees have failed.

The water corps has recruited volunteers to test water quality of inland lakes and streams for 40 years. Similar programs operate in each Great Lakes state. The corps’ program has one of the longest tenures of any of them, but would terminate next year should Snyder fail.

The corps expects monitoring data from 300 lakes this year — a record high, said Marcy Knoll Wilmes, the program’s Michigan Department of Environmental Quality representative. That’s in part due to the $50,000 that Oakland County gave this year to pay for testing for its residents, which has led to a quadrupling of enrollments from that county.

“We definitely know that there’s interest, and we want to keep it there,” she said. 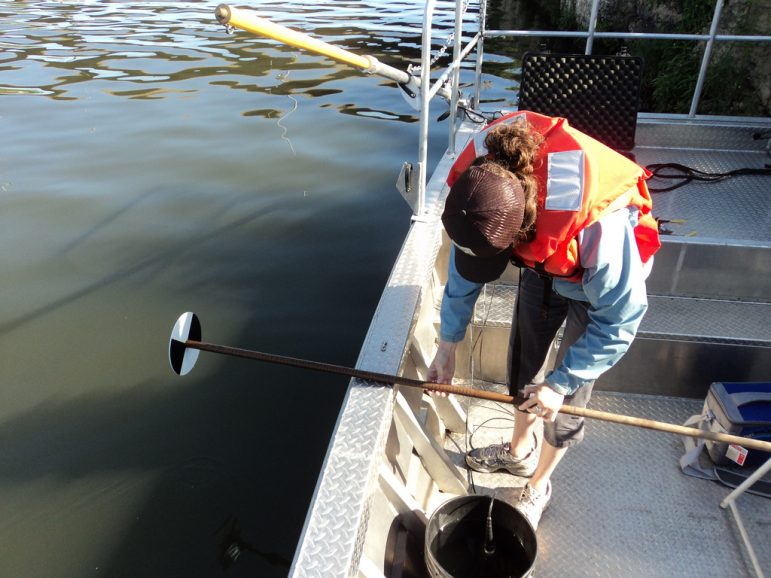 Volunteers use Secchi disks, like the one pictured here. Measuring the distance from the surface to the point where the disk is no longer visible can clue researchers in to the amount of solids like algae particles are in the water. Image: USFWSmidwest.

She hopes the recent success will translate into long-term funding. The Renew Michigan funds would also allow the corps to again distribute $3,000 startup grants, which help train stream association representatives who then teach fellow members to test. The corps usually gives out as many as they can afford, which was zero this year.

Researchers and state agencies also use the data. The U.S. Department of Environmental Quality is using it to develop methods that determine water quality using satellite images.

Pat Soranno has used data from the program for seven years. She’s a professor at Michigan State University, where she studies inland waters. Her team is building a database filled with lake information from across the Lower 48 — water quality, size, adjacent land use, geology and climate measures. It’s an ambitious project that looks to identify factors that lead to water problems and one that relies heavily on volunteer testing.

“We have a general idea that if you have a lot of agriculture and urban land, then your water quality suffers,” Soranno said. “But if you know anything about the Great Lakes and Lake Erie, you know we don’t fully understand why some lakes suffer from poor water quality.”

She’s hoping that volunteer programs like MiCorps will continue to add to the longevity of the data sets and believes they can raise the alarm early on regional water problems.

“For this group of people that live there, this is their life,” he said. “They’re looking at this lake every day.” Many of them spend summer days by the water with their family. Their property value is tied directly to the health of the water in their backyard.

Wilmes said she receives a lot of calls in the summer and spring from potential homebuyers looking for information on lakes. They’re hoping to avoid purchasing lakes with chronic problems that may require rigorous chemical treatment.

“They can have a company do it, or they can do it themselves at a lower rate,” said Jean Roth, Michigan Clean Water Corps’ administrator. Roth and her husband have been testing Chain Lake in Michigan’s Iosco County for 18 years.

Volunteer lake monitors test water clarity throughout the year and phosphorus levels each spring and summer. Each test costs them $30. That’s cheaper than the alternative, said Steen, though private companies’ higher pricing also comes with a directed management plan.

The program also trains volunteers to assess shoreline habitat and identify invasive aquatic plants, hopefully catching them early before they take over the lake, Roth said. Experienced volunteers also test for chlorophyll and dissolved oxygen levels, each of which cost $60.