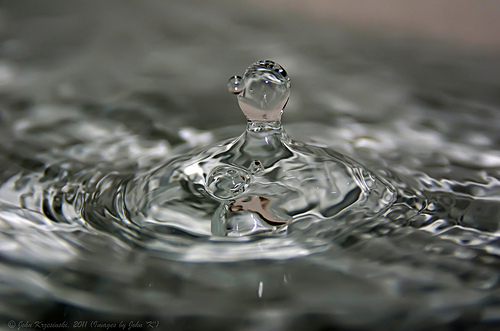 Lead isn’t the only thing to worry about when it comes to drinking water quality. Image: John Krzesinkski

If you’re thinking of moving in Michigan and worry about water quality, finding the perfect area might be harder than you think.

“It’s hard to say where the most issues are. There are different issues in different communities around the state,” said Sean McBrearty, a program organizer at Clean Water Action, an advocacy group..

Some areas are affected worse than others, but overall, Lansing has no worries about lead and Northern Michigan enjoys fairly clean water, according to the Department of Environmental Quality (DEQ).

One of the biggest problems facing almost the entire state is the crumbling infrastructure, McBrearty said. “Michigan has more lead service lines than almost any other state.”

With around 460,000 lead service lines, many local governments are scrambling to find the money to replace them.

According to McBrearty, the only area where all lead pipes have been removed is Lansing. The Lansing Board of Water and Light finished replacing all of them in 2016.

Lansing and  Madison, Wisconsin, are the only two cities in the country to replace all of their lead service lines, according the the Board of Water and Light.

Because of the makeup of Michigan’s landscape, the state tends to have naturally higher arsenic levels in the groundwater. Arsenic is found in some bedrock, sand, gravel and soil when it’s dissolved by and absorbed into drinking water.

Some areas with the highest rate of arsenic contamination are Bad Axe, Lapeer  and southeast Genesee County. The cleanest counties include Mason, Manistee, Alpena and Mackinac.

Unlike arsenic, problems with VOCs are generally caused by human activity such as the release of industrial solvents, fuel and chemical spills, and illegal disposal of waste products. VOC levels are also much lower in the northern parts of the state than in southern Michigan, according to the DEQ.

In contrast, nitrate levels have a pattern that follows east and west, not just north and south. High levels tend to be found in West Michigan, focused on the southern and middle parts of the Lower Peninsula.

These contaminants come from livestock waste, septic tanks and drainfields, crop and lawn fertilizers, municipal wastewater sludge and natural sources, according to the DEQ.

The counties with the most serious nitrate problems include Cass, St. Joseph, Branch, Montcalm and Oceana. The east side of the state, particularly the Thumb, and the Upper Peninsula have lesser rates of nitrate contamination.

Another major factor whether the water is being pulled from the Great Lakes or from groundwater sources. Because the Great Lakes are so large, understanding the quality of the water is much easier and results in fewer  problems, according to James Clift, the policy director at the Michigan Environmental Council.

With groundwater, people need to be more wary of possible contaminants and localized threats, Clift said.

The Great Lakes Water Authority in Southeast Michigan gets most of its water from Lake Huron or the Detroit River. However, the region it serves has the most lead service lines in the state to deal with, Clift said.

Those who get their water from private wells need to be far more wary than those on municipal water, according to Clift, so it’s important to test well water not only when moving but also every two to three years.

County health departments can test for most common contaminants. For the consumer, strange smell and taste are indicators that something is wrong, Clift said.

McBrearty of Clean Water Action said some contaminants that are far harder to examine include perfluorooctane sulfonate, a VOC that’s been discovered in about 15 areas in Michigan.

“The science is not complete on how dangerous it is for human health,” McBrearty said. Only a handful of labs in the country can test for it, but the expensive testing is typically funded by the organization or company that caused the damage.

According to Clift, Michigan is working toward having its own means of testing for such contaminants.