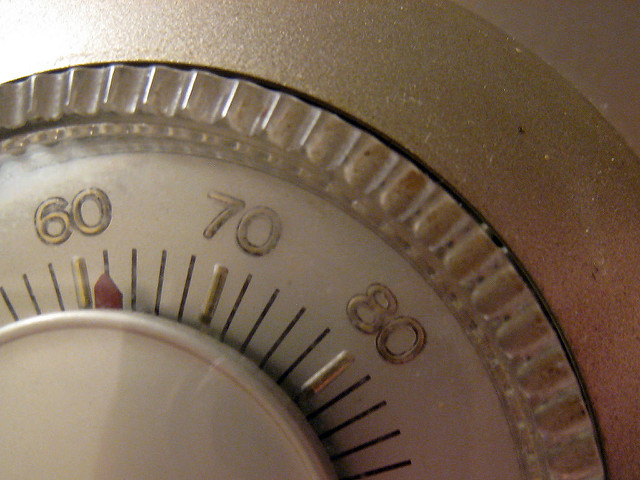 The Michigan Legislature is moving to continue helping low-income households become more energy-efficient after a recent lapse in funding. But some community organizations say current funding isn’t enough, and federal changes might jeopardize the program altogether.

Weatherization includes home insulation, air leakage reduction and attic ventilation, according to the Menominee, Delta and Schoolcraft Community Action Agency based in Escanaba.

Before the lapse, at least 15 percent of the money was to be reserved for weatherization, according to state law — this is what Zorn’s bill aims to preserve. But while that money was budgeted this past year, the lapse means that money wasn’t distributed to community action agencies that provide weatherization services.

With the lapse in funding, low-income residents are missing out on improved energy efficiency, said Stephanie Kasprzak of the Monroe County Opportunity Program, which provides weatherization services to Lenawee, Jackson, Hillsdale and Monroe counties.

“Forty-eight out of 50 states set aside weatherization funding through LIHEAP, so this is pretty typical across the U.S.,” Kasprzak said. “It allows us to do more weatherization for low-income people and helps them be more self sufficient.”

More money ought to be reserved for home weatherization, said Mary Trucks, the executive director of FiveCAP, a nonprofit organization serving Lake, Mason, Manistee and Newaygo counties. She said she appreciates efforts to preserve the weatherization funding but said it’s not enough, especially in rural communities where house structures are often ill-prepared for winter.

The other 85 percent of LIHEAP funding goes to various energy assistance efforts, such as helping low-income residents pay their utility bills.

Zorn said that weatherizing homes and ensuring that they are energy-efficient could potentially decrease or eliminate the need for federal payouts to those households.

“If we can help low-income wage earners weatherize their homes and seal them up for winter, then their energy costs would decrease,” Zorn said. “That would help not only the family save money, but may also help the government by getting them off the energy assistance.”

Last October, the U.S. Department of Health and Human Services gave Michigan $141 million under LIHEAP — for both weatherization and energy assistance — for fiscal year 2018. In previous years, there have been additional, smaller federal grants later in the year as necessary.

Statewide, 490,529 of the nearly one million eligible low-income households received energy assistance in 2016, according to state data compiled by the Coalition to Keep Michigan Warm. The average assistance supplied per household was $325.

“It’s a lack of money, not a lack of a local response,” she said. “We stand on the front line ready to provide services if the resources are there.”

Trucks said that a large percentage of low-income residents in rural communities are homeowners and often lack the resources to afford even routine repairs and maintenance.

Last year, FiveCAP had a “walk-away rate” of 80 percent, according to Trucks. That means the  organization couldn’t provide energy assistance or weatherization for those homes because other repairs unrelated to energy efficiency needed to be made first.

While in those cases, FiveCAP attempted to secure federal grants from other sources to make necessary repairs, Trucks said those funds were “few and far between.”

“Basically, what we’re doing is we’re leaving the homeowner out there un-weatherized and without a severe home repair that is only going to further compromise the house structure,” Trucks said. “There are no other resources — with the rare exception of U.S. Department of Agriculture Rural Development that has helped a few people.”

While Michigan attempts to shore up weatherization funding, there’s uncertainty at the federal level as to the future of LIHEAP as a whole.

In his 2019 budget proposal, President Donald Trump called for eliminating the program, a move that highlights the administration’s wish to eliminate federal programs it perceives as “ineffective.”

“LIHEAP is unable to demonstrate strong performance outcomes,” the budget plan reads. “The Government Accountability Office has raised concerns about fraud and abuse in the program in the past.” The GAO is a nonpartisan investigative arm of Congress.

Zorn said that his bill would require an annual report to the Legislature on LIHEAP’s effectiveness, which could then be passed on to the federal government to help determine whether the program was being exploited.

“If there is any fraud or misuse of funds, I think we would know that through that report,” Zorn said.

Trucks, who called current funding for low-income heating assistance “wholly inadequate,” said that the president is uninformed on the issue.

Trump “has no understanding of the challenges that low-income people face,” she said. “I have no knowledge of fraud. What we see is the challenges of trying to stretch the dollars to serve a great need, and coming up short.”