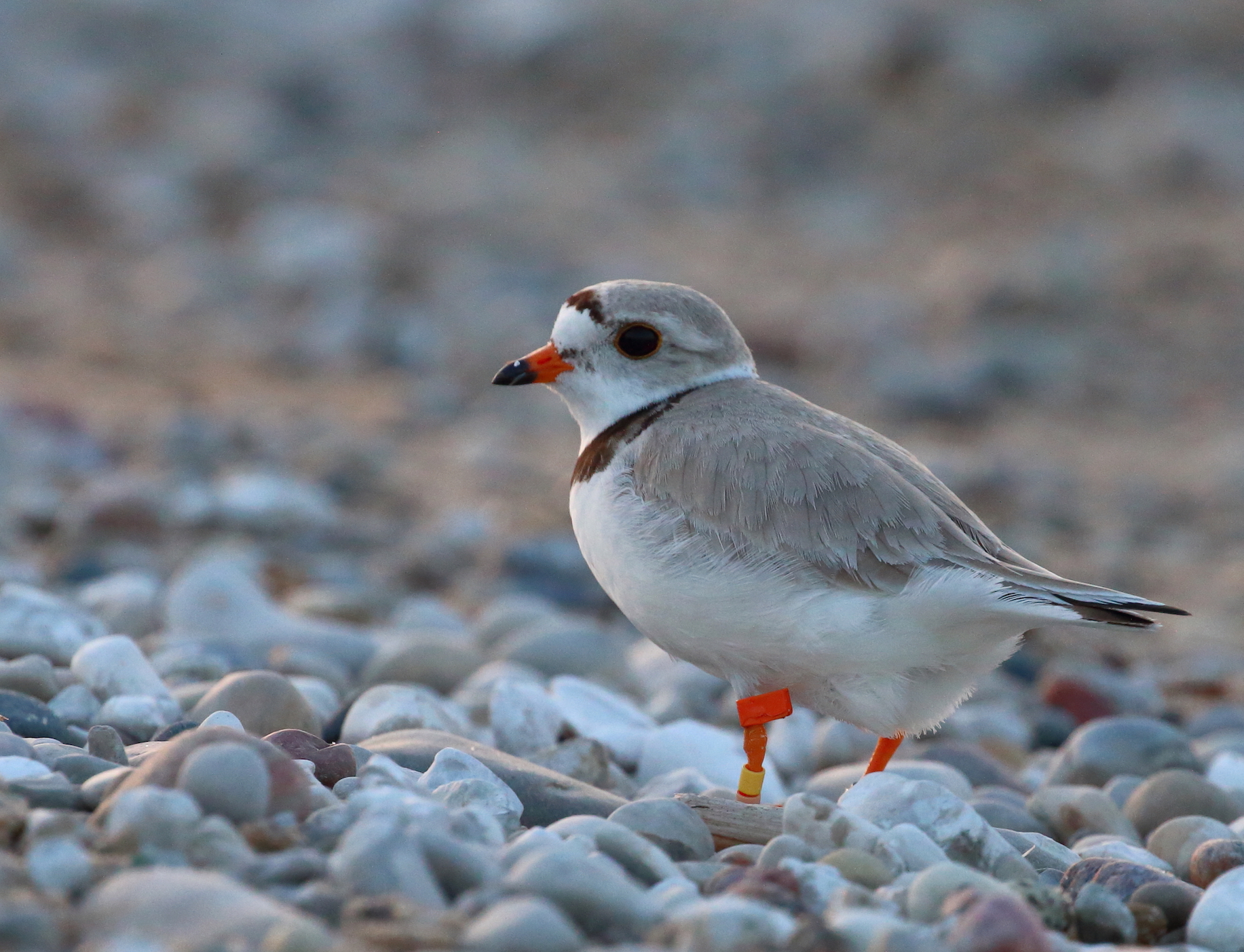 Great Lakes piping plovers are slowly bouncing back after their near-disappearance from the region 35 years ago. Image: Vince Cavalieri.

Piping plover nests were found on the shores of all five Great Lakes last year for the first time since 1955.

The shore-dwelling bird disappeared from most of the Great Lakes in the 1980s and was listed as endangered in 1986, said Vince Cavalieri, the Great Lakes piping plover recovery coordinator for the U.S. Fish and Wildlife Service.

At one point, up to 600 pairs nested throughout the Great Lakes. In 1990, only 12 pairs remained. Once found on sandy beaches from Wisconsin to Pennsylvania, most of the survivors were clustered around the Sleeping Bear Dunes on Lake Michigan’s northwest shore.

But with the discovery of a nesting pair in Pennsylvania’s Presque Isle State Park last year–the first to take up residence on Lake Erie for 60 years–the winds have changed. Researchers found 76 nesting pairs throughout the Great Lakes region in 2017.

Another change is underway–a call to restore and protect plover habitats.

Advocates have focused for years on protecting piping plover nests, said Christie DeLoria, the U.S. Fish and Wildlife Service’s Great Lakes coastal program coordinator. This is done mainly by placing wire cages over nests to keep predators out or by limiting access to their nesting grounds.

The plover eggs are often abandoned if the nest is washed out by high waters, one of the pair is killed or if they become too agitated by nearby activity. Beach-goers in northwest Michigan often come across signs warning them of a closed nesting site ahead.

The hope was that increasing the bird’s numbers would allow them to spread. Some managers are now hoping that giving them space to spread will increase their numbers.

Two projects on the shores of Lake Michigan have already found success developing plover-friendly habitat: one at Wilderness State Park on the northern shore of Michigan’s Lower Peninsula, the other on a series of eroded islands in Wisconsin’s Lower Green Bay.

DeLoria has headed up the project at Wilderness State Park. The plovers abandoned those shores in 2006 after invasive, fast-growing vegetation infiltrated what used to be unadulterated beachfront.

Results came quickly. The park staff started clearing brush and trees from the shore in 2014, DeLoria said. In the summer of 2015, they observed a pair that had nested there. In 2016, that same pair returned to raise three chicks.

“The species came back like immediately,” she said. “It was kind of a ‘build it and they will come’ kind of thing. And it wasn’t just plovers.”

Plovers and other shore birds like the endangered red knot quickly recolonized their old stomping grounds, she said. Plover habitat restoration also benefits plants and insects that have suffered habitat degradation, like Houghton’s goldenrod and the pitcher thistle.

The two-and-a-half mile long Cat Island chain and the marshes they shielded were mostly washed away in the 1970s when high waters and spring storms leached their sandy shores into the bay, Bowman said. A joint project that kicked off in 2012 had the added benefit of both restoring the islands and dredging the Fox River shipping channel at the same time. 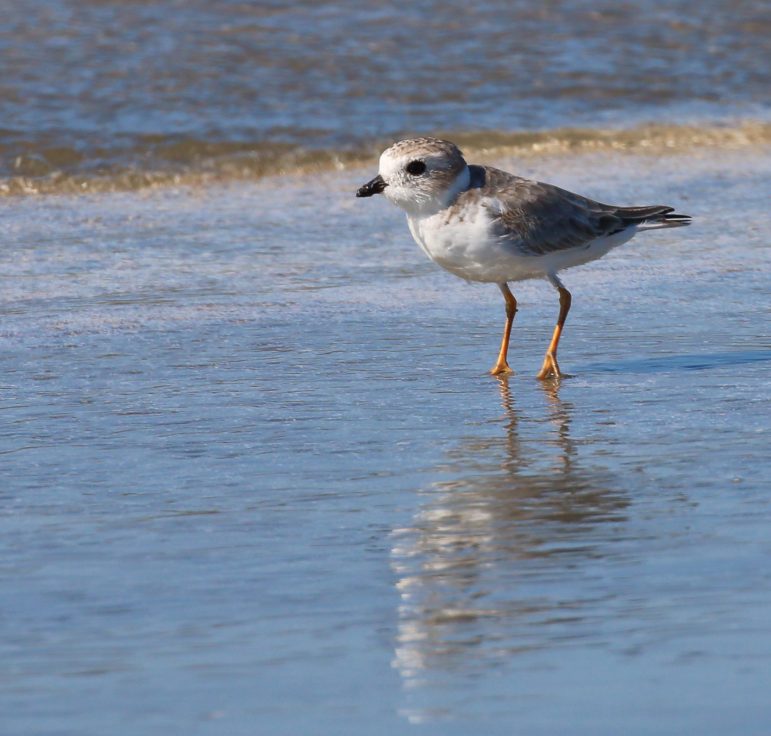 The plovers in the region winter along the coast of South Carolina. Their markings fade and their beaks turn black for the season. Image: Vince Cavalieri.

The material they dredged in 2014, which now makes up most of the westernmost island, happened to be beach sand perfect for shore birds, Bowman said. In 2015, plovers stopped over on the island on their way to their nesting site. In 2016, one pair settled down there for the first time in 75 years. The island was home to four nesting pairs last year and served as a stop-over for 12 other piping plovers.

Continued success requires continued maintenance–a lesson the Wilderness State Park staff learned last summer. The female didn’t return to the nest the pairhad established the year before. After waiting a short time, her mate also left. Invasive spotted knapweed and sweet clover had again overtaken both the shore and hopes for another round of chicks.

They’ve learned from that failure, DeLoria said. The park staff is now trained and equipped with herbicides that should make it easier to keep the beaches clear. She said she hopes that maintenance will become easier as they continue to beat back the vegetation.

The Cat Island chain will also require continued maintenance, not just to keep the vegetation back, but to keep the beach from eroding away again. The Wisconsin Department of Natural Resources will experiment with adding more cobble to lessen wind erosion, Bowman said.

Plover advocates are looking for the next habitat to rebuild. They’re looking for historic nesting sites that are near enough to established colonies like the Sleeping Bear population to allow the chicks to recolonize it easily, Bowman said.

A restoration project on Wisconsin Point, near Duluth, Minnesota, is in consideration, Cavalieri said.