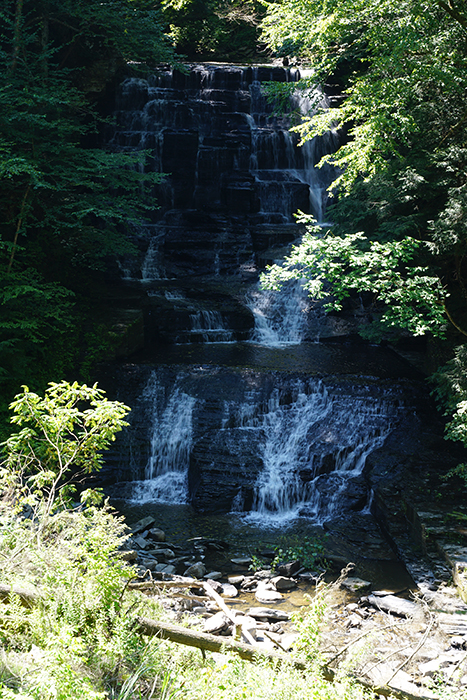 One of five waterfalls that plunge to the base of the cliffs lining Fillmore Glen State Park. Image: Ian Freedman 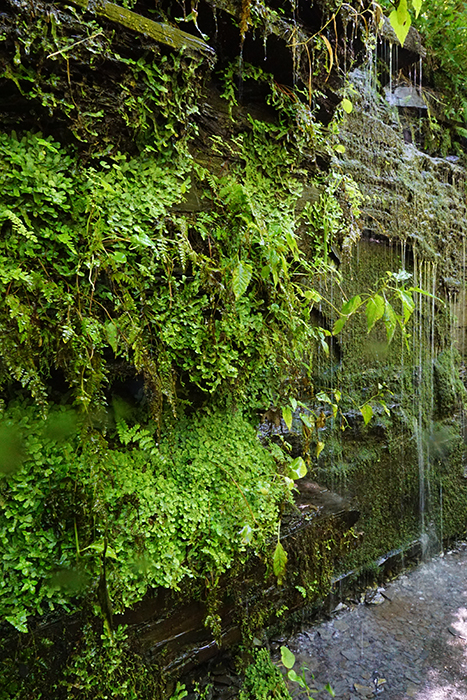 Ferns and lichen cling to a cliff wall of shale and limestone as water drips down the wall at Fillmore Glen State Park in New York’s Finger Lakes region. Image: Ian Freedman 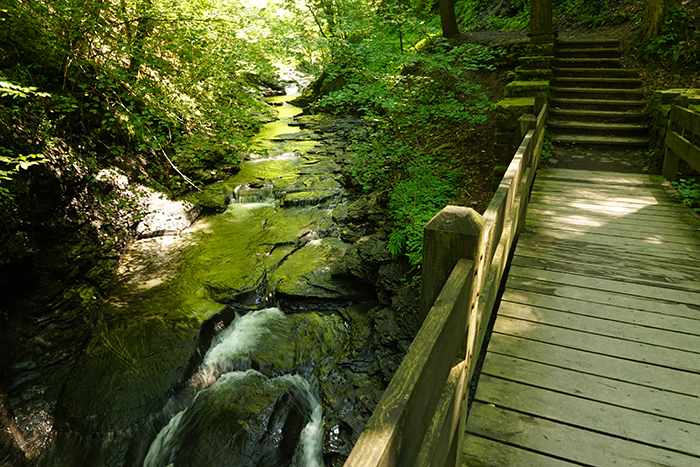 One of a series of bridges crisscrossing Dry Creek. Image: Ian Freedman 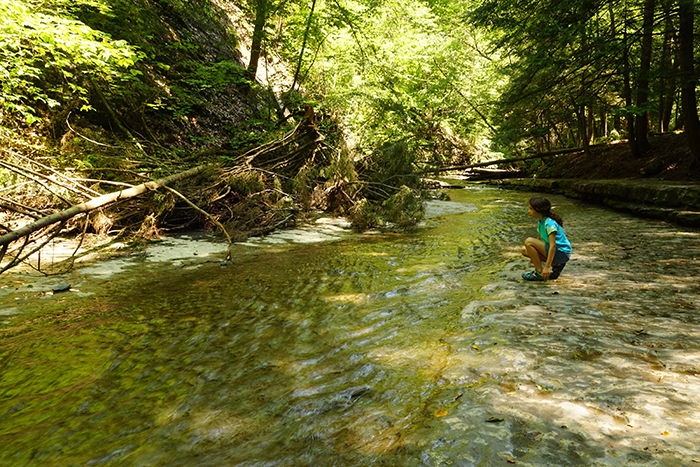 A young visitor prepares to wade at a curve of Dry Creek at the bottom of the gorge that runs through Fillmore Glen State Park. Image: Ian Freedman 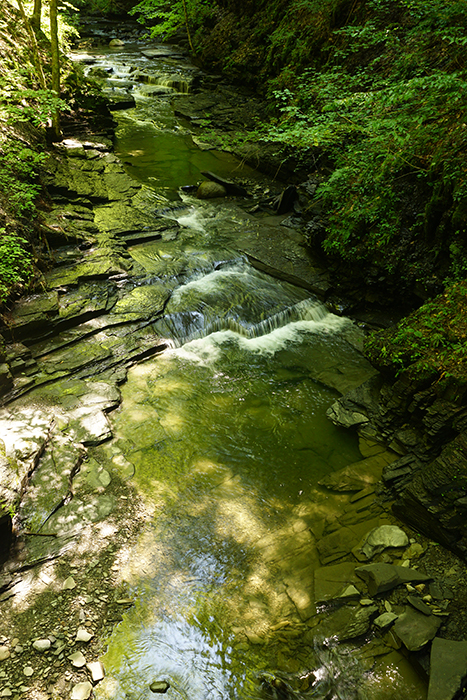 Dry Creek runs through the bottom of the gorge at Fillmore Glen State Park and empties into an inlet of Owasco Lake. Image: Ian Freedman

The narrow gorge of Fillmore Glen State Park cuts through millions of years of fossil-bearing layered shale and limestone, providing a steep and scenic hike, as well as welcome shade on sunny summer days.

In this glacier-shaped terrain, trails atop both sides of the gorge offer views of a series of five waterfalls, cliffs and Depression-era stonework bridges and wooden bridges. In the air are sounds of water dripping from the cliff walls, the waterfalls, birds and insects.

The 941-acre park is south of Owasco Lake, one of New York’s 11 Finger Lakes, all carved by glaciers at the end of the last Ice Age.

It’s named for Millard Fillmore, admittedly one of the nation’s most obscure presidents, who was born poor in a log cabin, roughly 5 miles from where the park is located. Fillmore, a member of the Whig Party, was vice president and ascended to the White House in 1850 when President Zachary Taylor died. He failed to win nomination for a full term in 1852.

A replica of Fillmore’s birthplace cabin stands in the park near the chilly swimming area fed by Dry Creek. A state historic marker and a roadside picnic pavilion commemorate the actual site of his birth in nearby Summerhill.