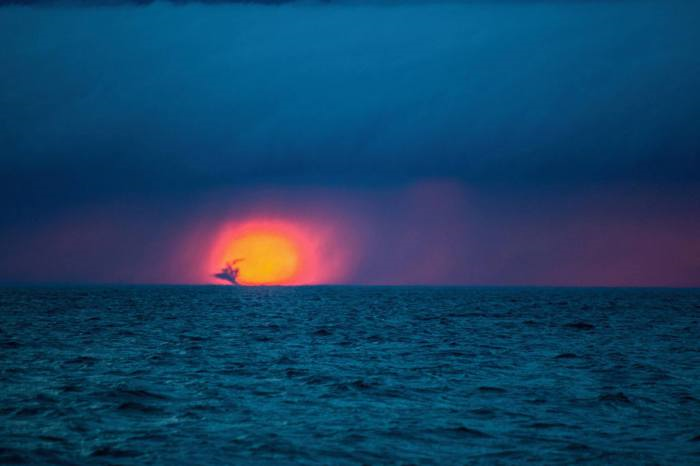 One late-spring evening, Kyler Phillips went to the Lake Michigan lakeshore with his camera to catch the sunset.

He traveled to Esch Road Beach in Empire, Michigan, and was surprised to find a storm front rolling in. He photographed the dark shelf cloud. 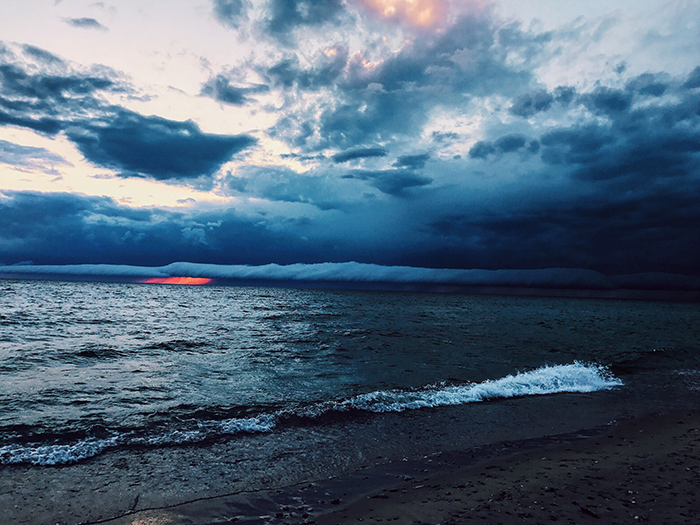 Then he saw a small shadow growing on the horizon.

“We thought it was a boat because it started out really small,” Phillips said. As it grew, he could see it was a waterspout. “When it got really large, I slapped my zoom lens on my camera and took a picture, because I had never seen one before.”

The photo he captured was recently featured on Earth Science Picture of the Day, a service of the Universities Space Research Association.

The waterspout pictured spun up as a result of the incoming thunderstorm, but waterspouts can form over the Great Lakes without such atmospheric instability. Those are called fair-weather waterspouts, and they occur over warmer water in the summertime.

“Fair weather waterspouts are comparable to dust devils,” Foster said, referring to whirlwinds of dust and debris that often occur in the desert. “It’s a weak air movement where the air will start to circulate, and if there’s just enough of an updraft, then you can have the suction to pull the water out of the lake” he said.

People who spend a lot of time on the water, such as those who live on the lakeshore or work or sail in the lakes, are more likely to see waterspouts.

“If you’re on the water a lot it’s likely that sometime during the summer, you might see one,” Foster said. “Otherwise you have to be in the right place at the right time.”

One thought on “Photo Friday: Waterspout over Lake Michigan”