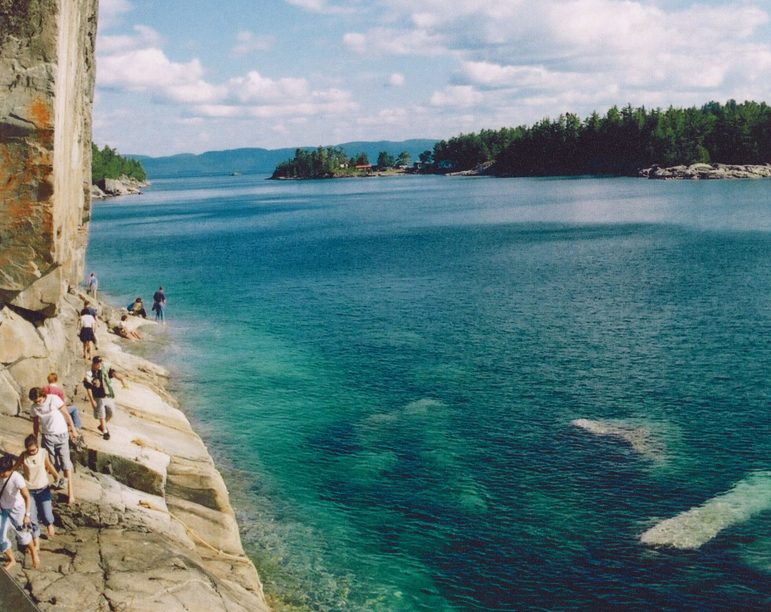 Ontario is known for its wilderness areas. Nature lovers can wander miles of rugged terrain within the province’s 300 parks. 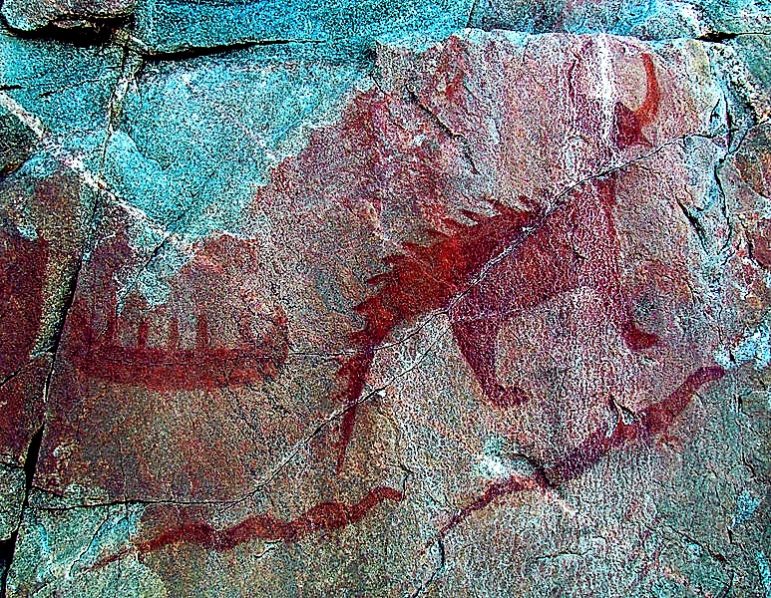 Wildlife, trees and water are almost a given, but tourists can find something extra at Lake Superior Provincial Park in Wawa, Ontario, about three hours north of Sault Ste. Marie.

Archeologists believe the Ojibwa created the pictographs using ground rocks from nearby Devil’s Warehouse Island between 150 and 400 years ago. 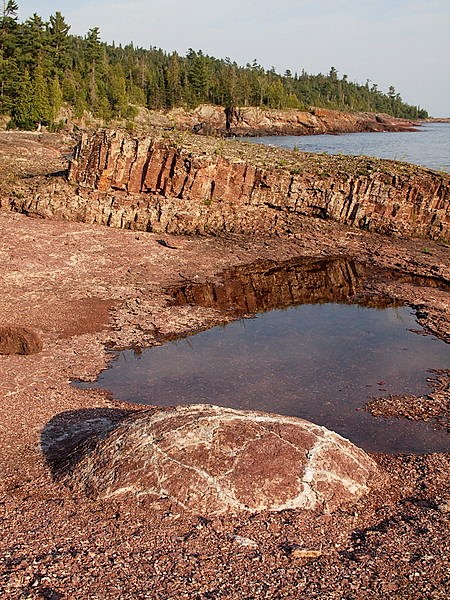 The images include moose, bear, canoes and spirit animals.

“The pictographs have proven to be remarkably durable, withstanding the harshest of elements,” Elliot said.

The narrow path that leads to the pictographs is dangerous when wet. Elliott suggests visitors use “extreme caution” even when the water is calm.

The site is considered sacred by the Ojibwa, so the pictographs are hands-off, he said.

But visitors are free to explore the unique rock formations, forested hills, pristine lakes, tumbling streams and waterfalls tucked within more than 600 square miles of the park.

Share your favorite natural feature in Ohio in the comments. We especially seek suggestions within the Great Lakes basin.

We’ll list the top nominees for each area at the end of this series and submit them all to a vote for the best natural feature within the Great Lakes basin.