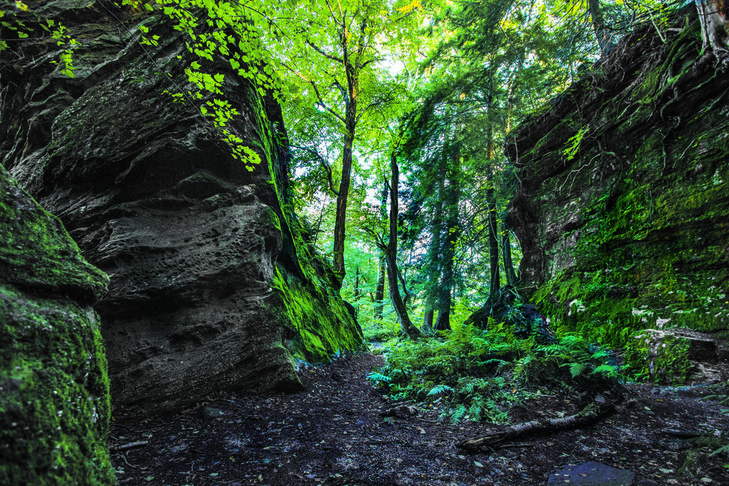 Panama Rocks in southwest New York is one of the regions most popular destinations. Image: Panama Rocks

Dark caves and caverns hidden within an ancient forest put visitors on the path to discover environmental gems at Panama Rocks in New York, about a 90-minute drive southwest from Buffalo.

Visitors won’t find actual treasure, but they will discover a bounty of natural features that make this park a favorite within western New York, said Jonathan Weston, the general manager of Panama Rocks.

The park’s guests include travelers from around the world who drive from New York City, Buffalo and Niagara Falls.

“Our guests are welcome to hike, explore or climb at their own risk and really kind of go wherever they want to,” Weston said. “That is the fun of visiting Panama Rocks. It’s like a big natural playground.”

The trail is a mile long, but the freedom to explore makes the journey last much longer. A visiting mom and her small children tallied three miles by pedometer last year, Weston said.

The path winds around 60-foot tall crevices, caves and caverns. That includes a formation of sedimentary rock with pebbles of milky-white quartz, flint and other stones. It’s more than 300-million years old, and one of the largest formations of quartz conglomerate in the world. 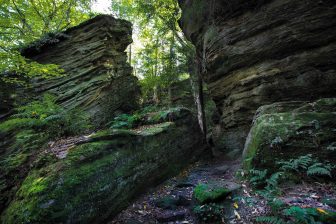 Children enjoy leaving the trail to explore caves and caverns.

The park is also an old-growth forest with untouched fauna and trees. Some have existed for more than a thousand years.

“Unfortunately I haven’t seen dinosaurs yet, but we are waiting still,” he said.

Scientists from across the U.S. will share more about this unique natural gem during a two-day event called Wild America Fest. It begins July 29. The festival focuses on environmental conservation and sustainability.