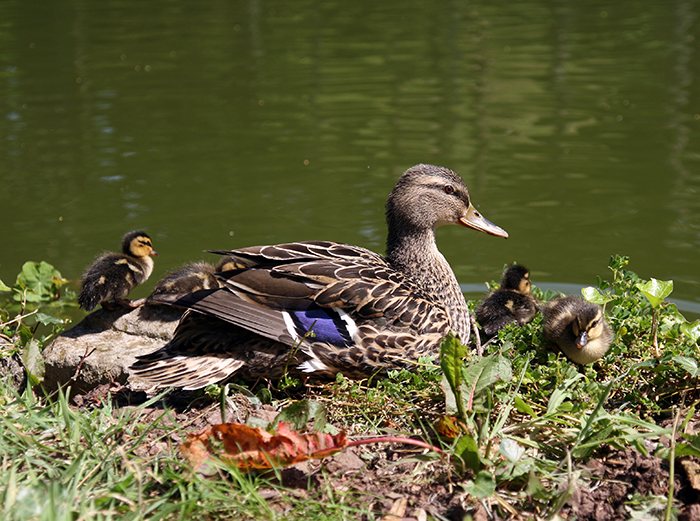 1 — There are new energy laws coming to Michigan and opportunities for public involvement.

A web page from the Michigan Public Service Commission provides details on the laws, which take effect on April 20.

The new laws include updates relating to utility rate cases, electric choice, energy waste reduction and renewable energy. Electric providers will be required to produce 15 percent of their power from renewable sources by 2021.

You can sign up to receive email updates on topics of interest. You can find more information at michigan.gov/energylegislation.

2 — If you find a duck nesting on your property this spring, leave it alone.

While finding a duck’s nest in an unexpected location may be a surprise, there is no need for concern. Leave the duck alone and try to keep dogs, cats and children away from the nest.

If the mother duck is successful and her eggs hatch, she will lead her ducklings to the nearest body of water.

Don’t worry if you do not live near water, the mother duck knows where to take her ducklings to find it.

If a bird builds a nest on your property, it’s common to find baby birds on the ground after they attempt to fly. Don’t touch them. Their parents will continue to take care of them, even when they are on the ground.

Touching a baby bird will not cause adults to abandon it. But if you move a baby bird, the parents may be unable to find and care for it. It is better to leave the baby bird alone to be raised by its parents.

According to the Midland Daily News, the Midland Cogeneration Venture plans to spend the money to add two new gas turbines and a steam turbine at its 1,200-acre site.

Officials estimate 700 people will be employed during the two and a half years of construction, and 20 long-term jobs will be added at the site. The upgrades will boost electrical capacity by at least 40 percent.

Midland Cogeneration Venture is the largest plant of its kind in the United States. It uses natural gas to produce electricity and process steam for customers including nearby chemical production companies.

Construction on the expansion is to begin once the plant secures a power purchaser, which is expected to take six to 12 months.

Officials say the expansion is driven by the need for more energy following the shuttering of older power plants.