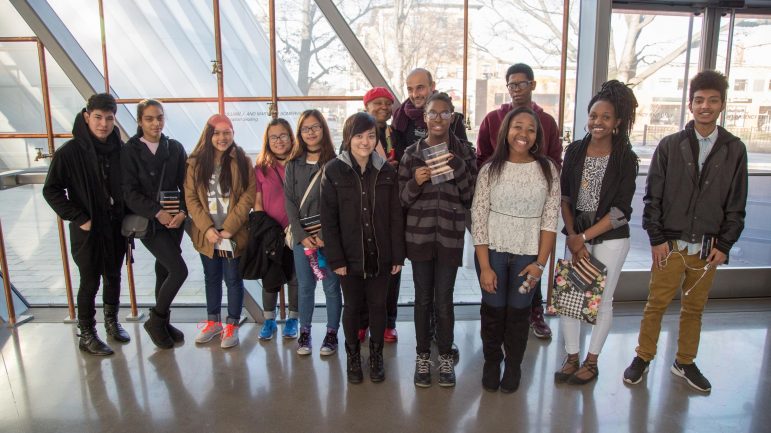 MSU’s Broad Art Museum is hosting an exhibition called “Beyond Streaming: A Sound Mural for Flint” through April 23. The project unites Chicago artist Jan Tichy with students from Flint Carmen-Ainsworth and Lansing Everett high schools to explore the Flint water crisis together. WKAR’s Scott Pohl has the story.

The Broad Art Museum’s education wing is currently lined on either side with a series of indoor plumbing pipes and faucets. That’s the visual element. When you turn the handle on a faucet, though, it isn’t water that comes out – it’s words.

The audio at each spigot includes the voices of high schoolers from Flint and Lansing, with their thoughts on Flint’s crisis with tainted water.

The museum’s Steven Bridges curated the exhibition, working with Chicago artist Jan Tichy. He believes public institutions, including art museums, are civic institutions with a stake in civic-minded issues. Tichy brought together students in an English class at Flint Carmen-Ainsworth high school and a Lansing Everett art class. Three workshops were hosted – one in Flint, one in Lansing and another at the museum – to pair up kids from Flint and Lansing to work together.

Together, they’ve written statements, including poetry, and developed art work for “Beyond Streaming.”

The museum has also produced a website to see and hear the works that have been included.