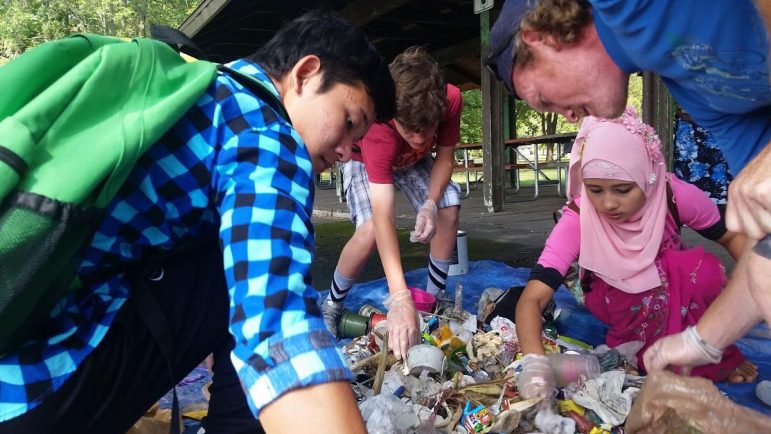 Cleanup on Niagara River. Image: Alliance for the Great Lakes

A new study from Rochester Institute of Technology tracks how much plastic is getting into the Great Lakes, and where it’s going. Spoiler alert: It’s a lot — and it’s in all five lakes.

Matthew Hoffman, an assistant professor who is part of the research team, says about 10,000 metric tons are getting into the lakes every year. In Lake Ontario alone, he says, “it’s the equivalent of 28 Olympic-sized swimming pools filled with empty plastic bottles.”

Hoffman and his fellow researchers used a mathematical model that took multiple factors into account to trace plastic waste, including Census data from coastal communities and estimates of the average waste produced per household. They also modeled out how currents and wind patterns carry the plastic from city to city, or state to state — or even between the U.S. and Canada. This information is useful to people like Nate Drag, water project manager for the Alliance of the Great Lakes. He helps organize beach clean ups, where volunteers collect tons of plastic waste along the shore of the lakes. “I think in the future we could compare those locations where they predict trash may accumulate with some data from volunteers picking up debris on the shore,” Drag says.

That way, he says, they could target clean ups — and intercept the waste before it harms the ecosystem.