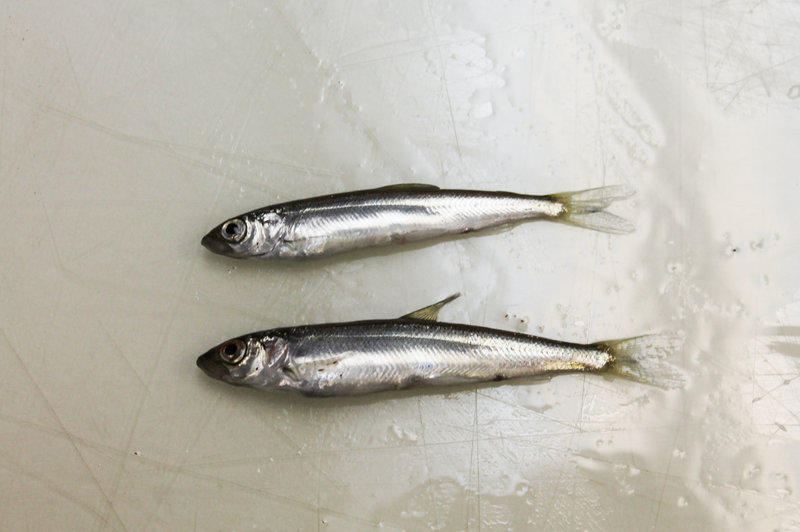 Scientists have been worried about the lake herring population in Lake Superior recently. In fact, last year they warned it could be headed towards a collapse.

Lake Superior is the only Great Lake that still has a significant population of herring – or cisco as they’re commonly called.

This fall, new rules protecting herring took effect in Wisconsin and Minnesota and things appear more stable. But there may still be a big problem lying beneath the surface.

Lake herring – or cisco as they’re commonly called – thrives in Lake Superior like few other places in the world. Seth Moore, a biologist for the Grand Portage Band of Chippewa Indians, says that without cisco, the entire lake would suffer.

That’s because cisco is a keystone species.

“So all the other species of both prey and predators that are in that food web change around in their proportions of the lake and you may see very, very long lasting repercussions of the crash of a stock like that,” says Moore.

Last year, at an annual conference, a biologist from Wisconsin warned a group of scientists about the possibility of a collapse. The concern was due to a major shift in the fishing industry.

Cisco was once a product mainly used for animal feed and plant fertilizer, but Terry Margenau with the Wisconsin DNR says about 10 years ago, it’s eggs became a prized commodity.

“There was a market in Scandinavian countries for the eggs, for the roe, and that of course created a much more aggressive market from the commercial side of this and the annual harvests went up considerably after 2008-2009 in that time period,” says Margenau.

And these new market pressures are causing concern.

Moore says that as long as spawning fish are being targeted, the cisco population will continue suffer.

“We’re harvesting them while they’re trying to reproduce, and we’re taking their reproductive products out of them, it just doesn’t seem like a recipe for sustainability in my opinion,” he says.

Demand for their eggs is not the only problem that cisco are currently facing. Warmer water temperatures have also been a struggle. They tend to reproduce best during winters with heavy ice coverage, and the warming climate is reducing the number of young fish in the lake.

For these reasons, states are capping the amount of cisco that can be caught. Now in Wisconsin, fishermen can only take 15% of the total amount of fish from state waters. While Minnesota has been a bit more conservative, limiting their fisheries to a 10% catch.

“I think we’ve got built in mechanisms to prevent any overharvest in the long term,” he says. “If abundance goes up three years from now … the quotas would go up, and similarly if abundance goes down, those numbers would be adjusted down.”

Margenau says the caps should help keep the lake healthy, and the fishing industry content, but there’s plenty of disagreement going around. Some commercial fishermen don’t want any regulations at all, while Seth Moore, who represents his tribe, doesn’t think the new laws go far enough.

“My personal opinion is that the more conservative we are, the better likelihood we have of sustainable fish stocks that people can use for recreational or subsistence purposes or commercial purposes but our practice in general, across the planet, is to try to push these boundaries too far and we see fish stock collapses worldwide as a result of pushing these boundaries too far,” says Moore.

Moore says his tribe is now catching far fewer fish than in years past, like half as much, and initially it didn’t go over well with his members, but he says understanding the research helped them see the threat of a collapse was real, and they ultimately agreed that the restrictions were the right choice for the lake.

This story was produced as part of a partnership between Michigan State University’s Knight Center for Environmental Journalism and Interlochen Public Radio where it first appeared.