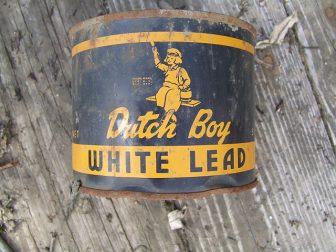 Residents in older houses are exposed to lead dust from paint while opening and closing windows.

Rural communities across the state get less money for lead abatement and education than cities, leaving officials to wonder how much of a priority lead poisoning really is for Michigan.

The U.S. Department of Housing and Urban Development (HUD) offers a handful of grants each year to provide lead abatement services for residents, but because the competition is so fierce, they go to bigger metropolitan areas.

The state Department of Health and Human Services provides lead services to individual homes if high levels of lead are identified, but it does not provide consistent funding to whole communities.

The state health department recently submitted a request for $23.8 million in additional federal funding for the state, but that money will be used first for Flint and then those areas where lead problems are most concentrated, such as Detroit.

“We have to focus our dollars where it’s needed most,” said Jennifer Eisner, a public information officer for the state  department. “We want to make sure we’re putting our resources where they have the most impact.”

But officials say they are worried about how this process leaves rural areas to essentially fend for themselves with lead problems that can cause a myriad of serious health effects.

“This is about being more strategic about providing resources,” said Tina Reynolds, the health policy director at the Michigan Environmental Council. “There are kids that are lead poisoned statewide, yet there are communities that get more resources than others.”

And while it does make sense for more populated areas to receive more funding, a child in Charlevoix should have the same level of care as a child in Flint, Reynolds said, because lead is everywhere.

The lead in most of the state comes from houses built before 1978 that have lead paint. This is much different than the lead in drinking water that brought international attention to Flint.

Grand Rapids, Lansing and Detroit have secured federal grants but they last only for three years. Cities can’t apply for grants until their previous grant period has ended, leaving a potential period when the community loses all funding, Reynolds said.

In Grand Rapids, the $2.9 million federal funding is used to help families enroll in programs to have their homes remediated and cleared of lead, said Paul Haan, executive director of the Healthy Homes Coalition of West Michigan. Families with lead poisoning are put at the top of the list, and then the money is used to help anyone with high lead levels.

The problem is that applying for grants is difficult and competitive statewide, and this adds to the difficulty rural areas have to secure any sort of federal funding, Haan said.

“HUD’s model doesn’t really work,” he said. “If you live in Sparta or Owosso or a locality where lead isn’t concentrated, you probably aren’t going to get money from the feds.”

In Calhoun County, officials have begun their own lead prevention and education programs without help from the federal government or the state’s health department. Instead, they are using general fund dollars to provide care for people with high levels of lead.

“We wanted to increase testing for kids and raise awareness about lead,” said Helen Guzzo, a community development specialist in Battle Creek. “We would like a source of state or federal funding to do more remediation that we manage.”

Calhoun County’s efforts are a way to show the state health department and the federal government they are serious about lead, Reynolds said. But in places where local agencies cannot invest in lead remediation, that lack of priority signals to the state that it doesn’t  need to step in.

Reynolds said this is one of the main problems with how funding is distributed. For a community to have a better chance of securing more funding, it must spend money on lead on a local level first, but this poses problems for areas that can’t afford it.

“Because lead isn’t an essential local health service, it requires communities to dedicate resources from their own general fund,” she said. “Some communities can do that and some can’t.”

Haan, of the Healthy Homes Coalition, said the lack of resources disproportionately hurts rural areas, and until the state makes it a priority, this will continue.

The lack of standards regarding lead in homes adds to the difficulty, he said.

“There should be a set of community standards and expectations that we’re providing safe houses,” he said. “Our current standard promotes ignorance.”

Haan pointed anecdotally to people who might be renting out an old house, who aren’t going to make it known to the renters that the home might expose them to high levels of lead. It’s a don’t ask, don’t tell situation, he said.

A federal law requires owners of real estate to disclose the presence of lead in buildings built before 1978 and to provide an Environmental Protection Agency-approved pamphlet regarding lead exposure.

Eisner said, “We know this can be a difficult process. Right now our area focus is Flint and then other areas of the state as identified.”

3 thoughts on “Lead poisoning is statewide, help is not”