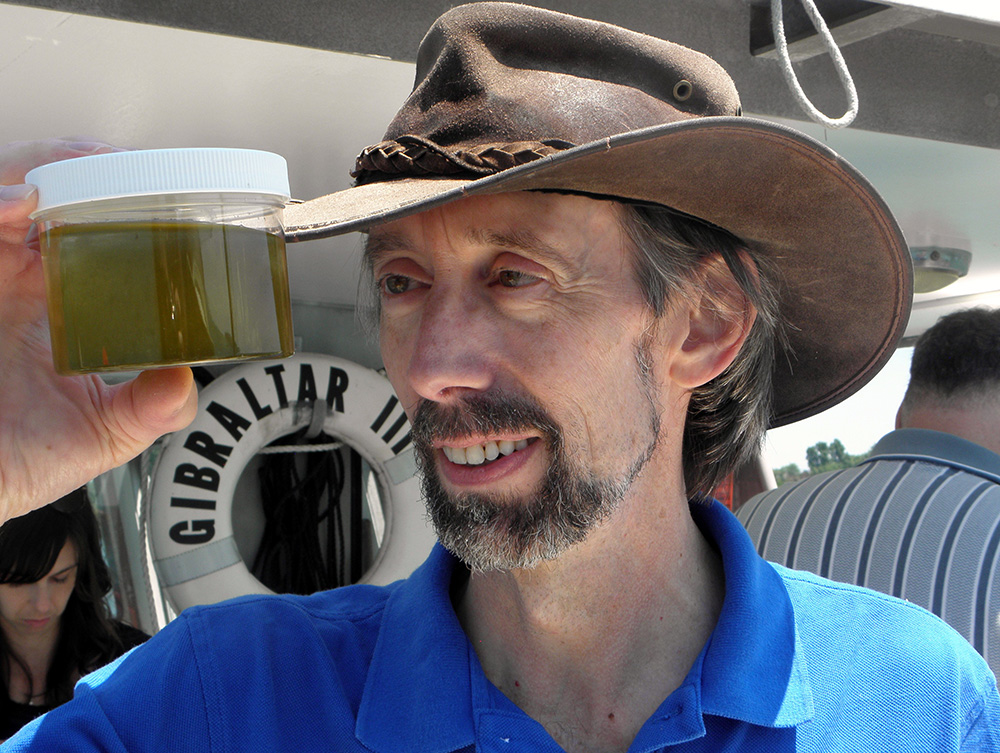 The National Oceanic and Atmospheric Administration’s forecast for a much smaller algae bloom on Lake Erie this year is good news.  It means that the algae is much less likely to harm the quality of the water that many communities drink.  But as independent producer Karen Schaefer reports, new science indicates that record blooms like last year’s may have a more lasting impact than previously believed. 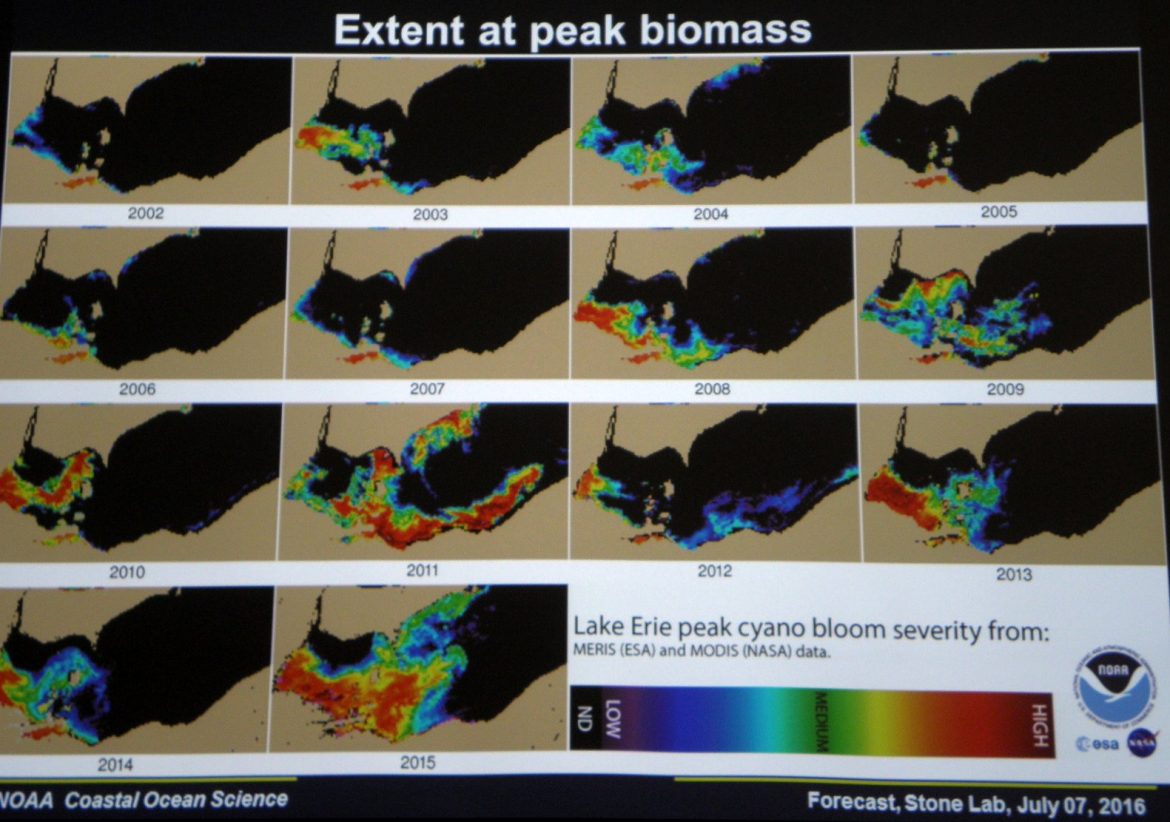 NOAA captured these satellite images of Lake Erie peak algae blooms from 2002 through 2015. Each year’s bloom varies, depending on rainfall, nutrient input, and winds, which can blow the algae scum onshore, or into the Central Basin. Image: Karen Schaefer.

Rick Stumpf, NOAA’s Lake Erie algae forecaster, says the reason why he predicts a much smaller bloom than in previous years is all about rain.  He prefaced his 2016 seasonal forecast by recapping last year’s record-breaking bloom.

STUMPF: This is what last year was like.  It rained.  A lot.

Last year it rained most of June and half of July.  It’s rain that washes nutrients like phosphorus off farm fields and out of sewer pipes. Those downpours caused the worst bloom on record.  Stumpf says this year’s much lower rainfall means fewer of the nutrients that feed the algae have been washed into the lake.  But he says residue from last year’s algae will likely feed this year’s bloom.

STUMPF: All the models have identified that there’s a potential carryover from 2015, this record bloom left residuals, potential phosphorus cells, in the lake.

That’s relatively new information.  Scientists have long known that toxic algae cells lie dormant in the lake over the winter months, to re-emerge the following year, fed by spring and summer runoff.  What scientists don’t know yet is how long residual phosphorus can linger in Lake Erie.  Or  what impact on future blooms storms have when they re-mix excess phosphorus from lake-bottom sediments.  But with increased monitoring of Lake Erie, there’s more concern about how really large blooms affect the lake in following years.

STUMPF:  Trying to measure how much phosphorus is carried over in the system because of a record bloom, that would require a sediment sampling system that we don’t currently have.

Stumpf says even without that information, a new emphasis on bio-available phosphorus  – the amount of nutrient immediately available to feed algae growth – should make forecasts more reliable.   This year, his prediction is that Lake Erie’s algae bloom will likely be half the size of last year’s.

STUMPF: We estimate, between the models, a 5-point-5 as the forecast.  That means we do expect there to be a bloom, but substantially smaller than the past years.

That’s on a scale of 1-to-ten.  The 2015 bloom was off the charts at 10.5.  If it weren’t for residual phosphorus, Stumpf says he’d lower this year’s prediction to about 3.  NOAA scientists are now working on a way to predict the toxicity of future blooms, which should help guarantee Lake Erie cities safer drinking water.