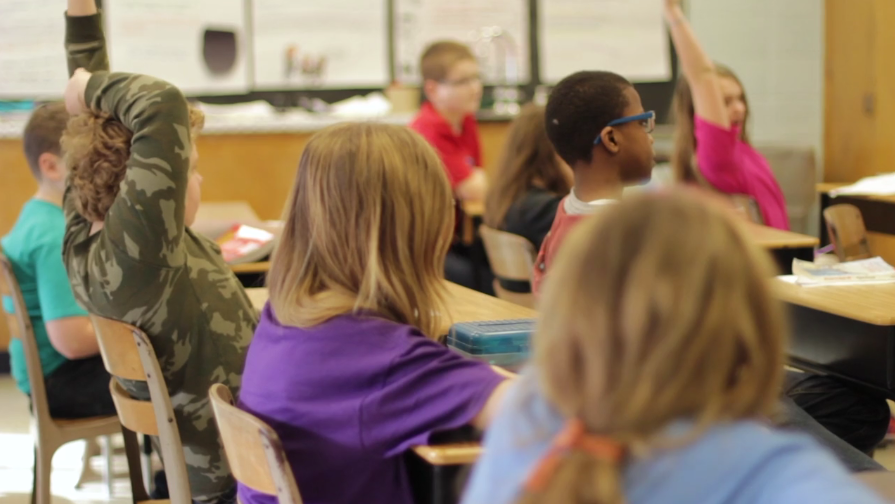 Children at St. John Vianney Catholic School share stories with their second grade teacher on how life has changed since the Flint water crisis.

“Faces of Flint” is jointly produced by MSU journalism students studying with Associate Professor Geri Alumit Zeldes and the Current State and WKAR TV staff. The work is funded in part by the Knight Center for Environmental Journalism, the publisher of Great Lakes Echo. It is also supported by MSU’s College of Communication Arts and Sciences, School of Journalism, Office of Outreach and Engagement and Alumni Association.

This story first appeared on WKAR’s Current State and is republished here with permission. View the original post here. Keep up with WKAR’s Faces of Flint series here.