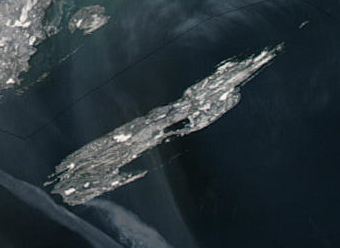 The introduction of invasive species and the decline of native species are among the most pressing issues facing Isle Royale, according to the national park’s top administrator.

“Some things that factor into the islands pretty heavily are that winds over the Great Lakes are stronger — Lake Superior being about 12 percent higher than it was in 1985,” Green said. “And the waters in the Great Lakes are hotter, increasing faster than the air temperatures.”

Lake Superior rose 4.5 degrees from 1979 to 2006, double the air temperature increases. The added heat could help with the survival of aquatic invasive species, Green said.

“Lake Superior has long had that buffer of that arctic, cold water from aquatic invasives, but I have a real concern that (rising temperatures) will open it up to more,” she said.

One of the first species going extinct is the cisco in Isle Royale’s Sargent Lake. Water temperatures have increased to a level the fish cannot survive, Green said. The fish are genetically unique to that lake.

It’s a problem that undermines some of the park’s greatest attributes.

“A lot of people associate Isle Royale with wilderness landscapes and backpacking–we are three-quarters water,” she said. “We harbor the most intact native fisheries in the Great Lakes, with the least damage from aquatic invasive species.”

But strong winds and storm surges can move species onto the island that might not have arrived otherwise, Green said. Extreme conditions like drought could compound the problem.

“I think what people forget about in climate change is the concept that there’s going to be extremes,” she said.

This year’s El NiÃ±o weather pattern caused a lack of ice for wolves to travel between the island and mainland, Green said. This winter just two wolves were accounted for on the island, and they are very inbred.

Wandering wolves aren’t the only ones at risk — humans exploring the island may soon experience climate change’s effects as well.

Springs that provide water to hikers along a 45-mile island trail are in danger of drying up, Green said.

In 2013, park managers pulled together subject matter experts on moose, moles,  vegetation and other subjects to predict how they would be affected by warming situations.

One scenario featured frequent disastrous events — high winds, droughts and fire that would occur during very dry summers. Another explored seasonal temperature increases that were steadier, but very high. Lastly, they assessed a scenario in which the warmer temperatures caused drought, Green said.

Wolves decreased or stayed even in all scenarios, even under least change, she said. Moose didn’t do well in three of the four scenarios. The ideal temperature for moose is 28 degrees; Green said she has watched one die from heat stroke.

Experts also see a shift in the composition of Isle Royale’s trees, she said, with an increase in the hardwood forests and a general loss of boreal forests.

The island raises questions about the impact of greenhouse gas emissions caused by people, she said.

“We affect the landscape, but how much should we?” Green said. “That’s a very central question to this isolated island.”

For example, Green questions if she should focus limited resources on seed banks for all the plant species the island could lose, or if she should invest it in a top predator like the wolf to control other species’ populations.

“We accept the fact that climate change is going to happen, so we have to look forward,” Green said. “And the crystal ball’s not clear. So in that process, where do you want to spend money? Are we going to slow change here at Isle Royale?

“The Park Service has a very difficult preserve and protect role, because people have expectations of the park they’ve seen since childhood, and what it ought to look like, and what’s supposed to be there when they bring their grandkids back there.”

One thought on “As temperatures rise, Isle Royale native wildlife will fall”