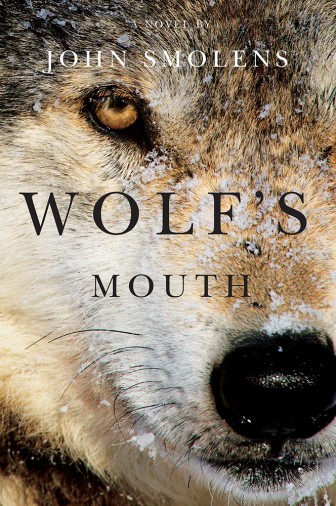 The evidence of World War II prisoner of war camps in Michigan’s Upper Peninsula is becoming less visible as the decades pass.

The book focuses on a young Italian army captain who is sent to AuTrain in 1944, incurs the wrath of the camp’s sadistic, highest-ranking Nazi officer and escapes to the Lower Peninsula to avoid being killed.

The later parts of the novel take place in postwar Detroit, with other scenes set in Sault Ste. Marie and Berlin, Germany.

The remnants of AuTrain, near Munising in Alger County, now lie within the Hiawatha National Forest and are along the North Country National Scenic Trail.

Housing about 200 prisoners, AuTrain was one of more than 20 POW camps in Michigan. The five in the U.P. had originally served as Depression-era Civilian Conservation Corps camps. In addition to AuTrain, they were Evelyn, Raco, Pori and Sidnaw.

Smolens said, “The POW camps up here don’t get much attention, yet whenever I mention them I can tell that people are really quite intrigued by the notion that so many captured soldiers lived here with hardly anyone’s knowledge.”

POWs in the U.P. generally worked in logging and those in Lower Peninsula camps usually were agricultural laborers because so many American forest and farm workers joined the military, he said.

The main character in the novel, Capt. Francesco Verdi, had been captured in North Africa while his Italian army unit was assigned to Germany’s Afrika Korps. Shipped across the Atlantic, he traveled from Boston to Detroit by train, went by ferry across the Straits of Mackinac and then was taken by train to Camp AuTrain.

Verdi explains, “Our purpose was to cut down trees. Some camps provided farm labor, while others, like ours, produced lumber. Toiling in Michigan’s Upper Peninsula was healthy if tedious, but preferable to fighting in the African desert.”

Smolens said that nationally, more than 425,000 captured troops from the European theater – most of them German, Italian or Austrian – were sent to POW camps in the United States.

The idea for his book came more than 15 years ago when Smolens read a series of articles in the Marquette Mining Journal about the U.P. camps.

“Most people didn’t even know they were there during the war,” he said, adding that such information is the kind of thing “you tuck in the back of your mind as a novelist.”

I had visited the remnants of Camp AuTrain and nearby Camp Evelyn in 1995 on assignment for the Detroit News. At that time, I described how the trees, brush and wildflowers had reclaimed the camps.

With me was John Franzen, the Hiawatha National Forest archaeologist who sought the remaining evidence of the camps, such as fence posts, weathered sheet metal and caved-in cellar walls.

My article noted, “Time and the area’s harsh weather pose the greatest threats to the identification and preservation of cultural resources in the northern forests, ranging from the remains of Paleo-Indian sites to 1800s logging settlements to POW camps.

“Deterioration is inevitable, laments Franzen,” the article continued. “’It’s a dynamic thing, you can’t stop it. You can’t save and restore everything.’”

Back to “Wolf’s Mouth”

Aside  from the physical description of the camp and the northern woods, Smolens said he was most interested in what life was like for the prisoners.

“For the most part, the POWs were quite content with their circumstances, at least as they were treated by the Americans,” he said. They often were allowed to go unescorted into town, for example.

“There was remarkable freedom for these POWs, considering,” he said. “Of course, here in the U.P. they were so far from everything.”

Few tried to escape from camps in the UP – not surprisingly given their remoteness and the harshness of the environment.

And every POW camp – like AuTrain in the novel – had “certain German officers who were adamant in maintaining a Nazi perspective on how life went on,” he said. “You can’t soft-pedal Nazis.”

Fiction followed fact: Even after World War II in the 1950s and 1960s – in real life as in the novel – there were instances where Nazis formerly imprisoned in the camps carried out reprisals against ex-prisoners like Verdi who had defied or challenged their authority.

Smolens’ latest projects are a just-completed collection of short stories and a novel-in-progress about a group of people stranded together in a house in the woods during a UP blizzard.

The book is available from the MSU Press, at bookstores and from online retailers.

One thought on “When POWs logged Michigan’s North Woods”