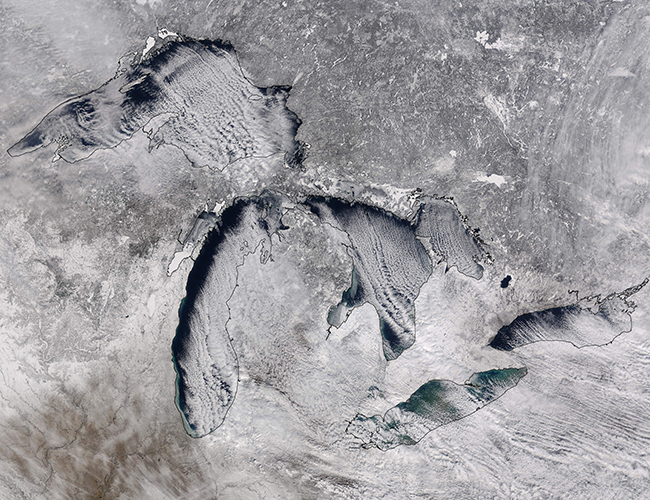 This image, acquired by the Terra satellite on Feb. 11, depicts a phenomenon known as cloud streets over the Great Lakes.

Cloud streets are rows of cumulous clouds that orient parallel to the wind direction. A warm air mass rises and its moisture forms clouds as it cools, and the surrounding cool air carves out cloud-free zones on either side as it sinks, said Deanna Connors, an environmental scientist for EarthSky. Cloud streets are most likely to form over uniform, flat landscapes like the oceans or Great Lakes.

“These long, parallel bands of cumulus clouds form along cylinders of rotating air,” said Kathryn Hansen, a NASA science writer. “But first, cold air from the northwest had to pass over the comparatively warmer lake water, imparting warmth and moisture into the rising air mass.”