LANSING — Poaching can mean serious problems for wildlife management — especially for Michigan’s struggling and carefully managed populations like moose and elk, according to the Michigan United Conservation Clubs (MUCC).

And state officials are working to curb it. 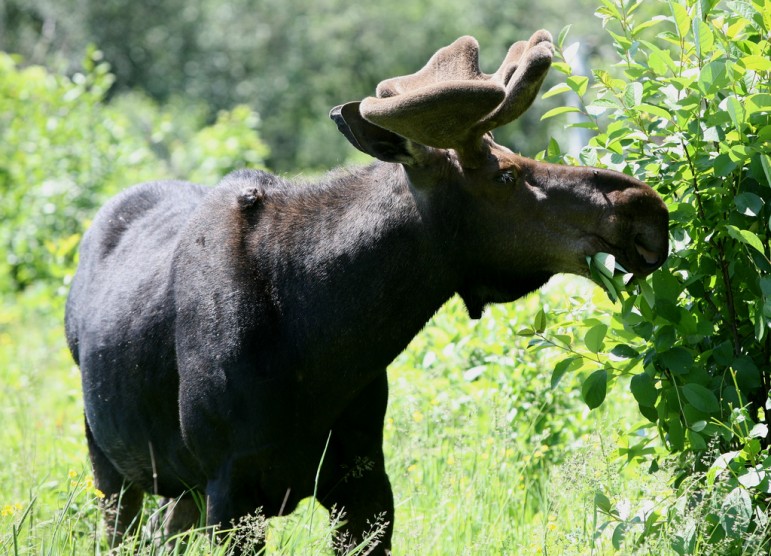 A bill package going through the state Legislature would increase penalties for poaching in the form of a steep hike in restitution that poachers must pay to the state.

The legislation would also lengthen hunting license suspensions for some violations — poaching a moose or elk, for example, would get a 15-year suspension for a first-time offense and a lifetime ban for repeat offenses, up from a flat three years per violation.

“So when poachers do get caught, it really hits them in the wallet,” said Sen. Phil Pavlov, R-St. Clair Township, who introduced one of the bills.

Pavlov said he is confident the legislation will curb poaching in the state.

“We’re finding out that violators are out in the woods long before legitimate, law-abiding hunters are,” he said. “And they’re stealing the biggest trophies that Michigan has to offer — they’re taking them.”

Among the co-sponsors are. Sens. John Proos, R-St. Joseph, and Geoff Hansen, R-Hart.

“We want to make sure that people understand in Michigan that we will protect our wild resources,” Pavlov said.

Poaching, which includes hunting out of season, at night and with electronic devices or hunting animals with legally protected status, can have a serious impact on species like bears, waterfowl, eagles, wild turkeys, hawks, elks and moose, — all of which are covered under the legislation.

In March of this year, the DNR recommended criminal charges against a man arrested for elk poaching in Pigeon River Country State Forest in Cheboygan County. This followed at least six instances of elk poaching in 2014.

Poaching can make species management more difficult and can upset the populations of struggling species, said Patrick Brown, a biology professor from Northern Michigan University who specializes in wildlife conservation.

“Poaching is a drag on wildlife populations everywhere,” he said. “It reduces the number of animals that are out there, and it’s a very difficult factor in estimating populations.”

Brown said that with careful management, wildlife agencies can better respond to problems like difficult winters and low reproduction rates by issuing fewer licenses and cutting back on harvests. However, when poaching is added to the mix, the need for such measures isn’t as clear-cut.

That’s especially a problem with moose, which have struggled due to harsh winters and the reintroduction of a predator, the gray wolf, during the past few years, according to Brown. In Michigan, where the moose has been reintroduced and died out multiple times since being wiped out in the late 1800s, hunting the fragile population is illegal.

“We haven’t had a moose hunt because that population has not grown as fast as was hoped,” Brown said. “Any killing of the moose in the Upper Peninsula would really be hurting the time frame when we might be able to get to a hunting season for moose.”

The species can be a target for trophy poaching due to its large antlers, said Drew YoungeDyke, public relations manager for MUCC a hunting and wildlife conservation group supporting the legislation.

While the state’s elk population is healthier, their numbers are still carefully controlled by the DNR, YoungeDyke said, to prevent conflicts with agriculture that become more common with a larger population. That’s done by limiting the number of licenses each year and calculating how many of those hunters might be successful. 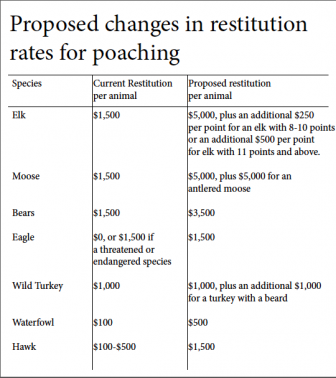 Poaching makes those numbers more difficult to predict, he said.

“Because it’s purposely kept at a fairly low number, each elk becomes very important,” he said. “So when poachers go outside of that system and take an elk, that throws off those carefully managed numbers and upsets the system of being able to both legally hunt elk and the DNR’s ability to carefully manage that number.”

In March, the DNR recommended criminal charges against a man arrested for elk poaching in the Pigeon River Country State Forest in Cheboygan County. That arrest followed at least six other instances of elk poaching across the state in 2014.

Many of the state’s estimated 668 elk reside in the forest after being reintroduced to Michigan in 1918,

Poaching not only makes species management — which NMU’s Brown called vital to maintaining wildlife — more difficult, but it also has adverse consequences for legal hunters.

“When a poacher takes an animal, that removes an animal that could have been killed legally,” Brown said. “It really is an issue of fairness and reduces the opportunities for other hunters.”

Brown predicted that the proposed additional penalties will reduce poaching.

“When you up the ante, when you up the cost of being caught in one of these violations to the point where they’re going to pay a higher price, I think it’s going to be a significant deterrent to them going out and trying to do that,” he said.

If the proposals become law, the changes would take effect next year.