Scientists are investigating if microbes at a Pennsylvania coal mine burning underground since 1962 can be harnessed to clean up polluted sites.

The fire below the town of Centralia encompasses more than 150 acres. Heat, steam and combustion products change the soils in ways favorable to certain bacteria that can co-exist with harsh chemicals and even make them less toxic, according to researchers at Michigan State University. 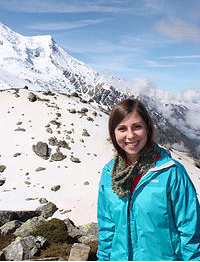 Taylor Dunivin, a doctoral student in MSU’s department of Microbiology and Molecular Genetics, produced this video to explain her research into bioaugmentation, a process enlisting bacteria to help make chemicals less harmful to the environment.

Editor’s note: This video was produced as part of a workshop to help scientists better explain their research. The workshop was put on by the Knight Center for Environmental Journalism – Echo’s publisher  – and by MSU Global. Anyone (you needn’t be a scientist) can enroll in the next free four-week workshop starting June 15.