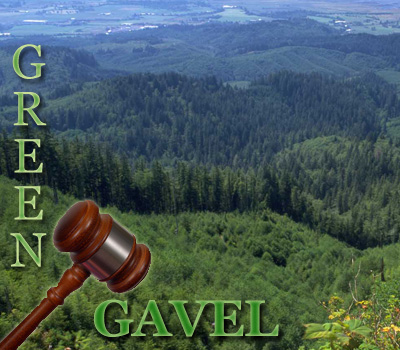 A Bankruptcy Court judge in Detroit has cleared the way for a debtor to sell farm property despite a conservation easement owned by a local land conservancy.

In 2003, Legacy Land Conservancy paid Carolyn Strieter $195,000 for a conservation easement on 77 of her 96.6 acres of farmland in Freedom Township near Ann Arbor. Such easements limit how property can be used.

Part of the money came from what was then the U.S. Department of Agriculture’s Farm and Ranch Lands Protection Program. It’s now known as the Agricultural Conservation Easement Program–Agricultural Land Easements.

Strieter and her late husband had bought the land in 1951 as two tax parcels.

Established in 1971 as the Washtenaw Land Conservancy amid concerns about

Randon’s decision described Legacy Land Conservancy’s mission as protecting “local forests, prairies, farms and waters. As a conservation strategy, it obtains easements from landowners to perpetually prohibit the development and improper use of the lands.”

Strieter filed for bankruptcy protection in October 2014 and applied for court permission to sell the real estate to repay debts, with the rest of the proceeds to be used to support herself. The bankruptcy estate sold the larger parcel of 56.6 acres, all covered by the easement, to a farmer without controversy.

But the conservancy stepped in and objected to the proposed sale of the remaining 40 acres — about half of which the easement covered — to a different buyer.

The conservancy unsuccessfully tried to block the deal, arguing that selling the land to the second buyer would violate language in the easement that prohibits “any division or subdivision of the property.”

But Randon disagreed, ruling that the easement doesn’t prohibit multiple owners of the land.

He also said that multiple ownership doesn’t undermine the purpose of the conservation easement because the easement remains binding on all subsequent owners.

Strieter’s lawyer, Donald Darnell of Dexter, Michigan, said the sale doesn’t undermine the purpose or effect of the easement.

“The easement runs with the land. They can never divide the parcels,” Darnell said. “It stays in its natural state for perpetuity.”

He said, “I don’t think it’s an environmental decision. It’s just a contract decision.” And referring to the conservancy, he said, “We held them to the terms of the contract they wrote.”

One is the future economic sustainability of the 20 acres for agriculture now that it will be separately owned and separately farmed from the other 56.6 protected acres.

If that 20 acres “down the road goes potentially fallow because it’s not viable as agricultural property, that is a major concern of the federal government” that contributed financially to purchasing the easement, Lackey said.

Another concern is the impact on criteria that consider the size of a property in determining whether to include it in the federal farmland protection program, according to Lackey.

In an April 15 letter filed with the Bankruptcy Court, the Agriculture Department’s Natural Resources Conservation Service said program policies and deed conditions “are required to ensure that parcels enrolled in the program remain a viable size” to protect agricultural use and conservation values.

The government letter cites 2012 Census of Agriculture figures showing that the average Washtenaw County farm was 138 acres and that the land protected by Strieter’s easement was “substantially less” than that size.

Lackey said, “Now we have two landowners to deal with, with twice as much chance for violation. It’s the landowner relations that become burdensome.”

She also said the conservancy has revised the language of its easements to avoid such conflicts in the future, and it won’t appeal of Randon’s decision.