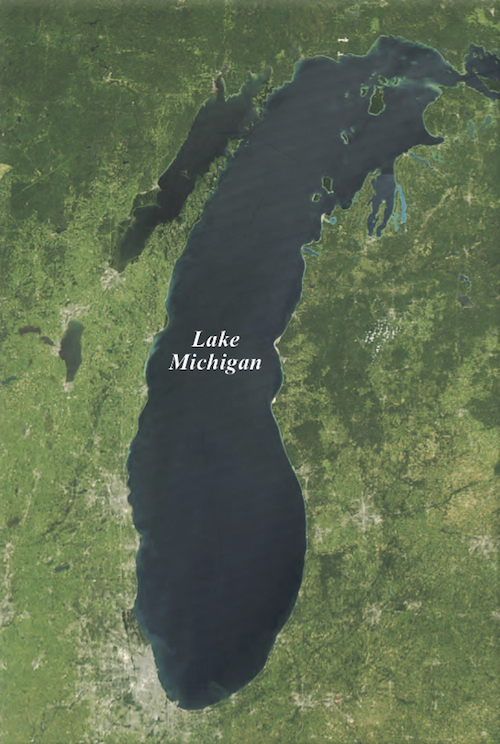 New climate projections suggest increases in maximum and minimum daily temperatures in the Lake Michigan basin by as much as 8 degrees by 2099.

With temperatures rising, annual water flow from precipitation and runoff is expected to increase during winter and decrease in spring, especially in northern Michigan and Wisconsin.

A recent report by the U.S. Geological Survey (USGS) is intended to help land managers cope with the seasonal changes resulting from climate change in the lake basin.

Those seasonal changes include the impact of low flow on wetlands and sensitive fish and invertebrate populations, researchers said.

The report focuses on the Lake Michigan watershed — every lake, river and tributary that drains into it.

The USGS modeled the entire basin and proposed similar climate-based projections in the Lake Superior and Lake Erie watersheds.

“The model is intended to provide data that managers can use now and in the future to restore lakes to their pre-industrial state, to get things back to normal,” said Daniel Christiansen, a USGS scientist based in Iowa City, Iowa and the lead author of report.

It takes daily weather inputs — rain, snow and air temperature — to determine how water is stored and how it moves across the landscape on a monthly and annual basis.

These models aren’t new. Scientists have used them to make flood estimates and to regulate water flow into dams, said Christiansen.

The report uses streamflow measurements collected by the National Phenology Network, a group of professionals and citizen scientists who collect and share environmental data. 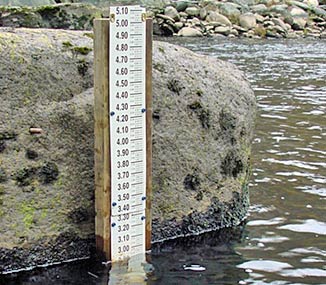 “It’s remarkable the amount of data we get from people,” he said.

“We have a network of stream gauges, some with a signpost and tick-marks to catch the water level and a phone number to report it.”

Hundreds of thousands of these observations were analyzed for the report.

They come from 148 USGS gauges and 157 National Weather Service climate stations, which provide the technical readings on streamflow, water lost to the atmosphere and solar radiation.

The report used radiation from the sun as the main driver for water movement in the basin.

Whether it’s rising temperatures, rising water levels or an extended growing season, the sun’s energy controls the availability of water in any system.

And with monthly flow over the course of a year expected to increase, scientists continue measuring how water moves — if it’s released as rain or locked in snow.

The winter snowpack, which normally remains frozen, can melt as a result of higher temperatures and rain. This not only raises concern about flooding but also lowers the amount of water available in spring.

To track these changes, the model splits data into periods of low and high flow, said Walker. 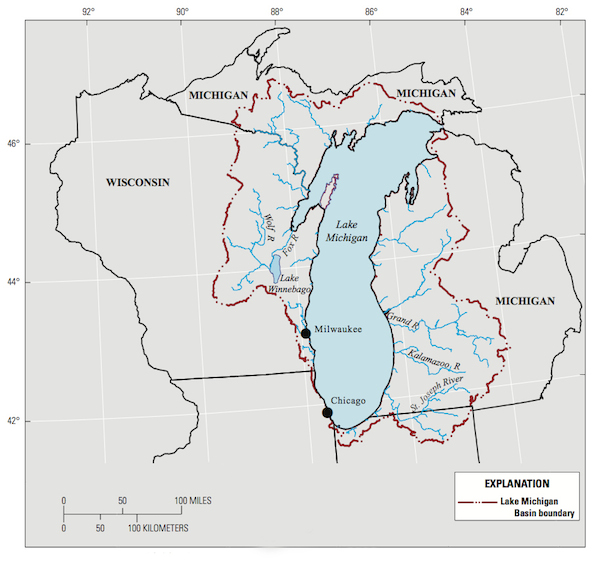 Streamflow measures the amount of water moving across the basin at any instant.

Low flows represent the lowest 10 percent of water levels, where “it’s been low enough for fish species and invertebrates to see distress,” he said.

Current conditions rely on when the snow melts and how much snow melts to recharge water systems and soil. But the model predicts lower spring flows and drier soils in the decades to come.

It also suggests a lengthening in the growing season.

If the beginning of the growing season shifts earlier and the end shifts later, as the report suggests, plants can bloom before insects are able to pollinate them and can grow late into the season, affecting seasonal food availability, reproductive cycles and the migration of wildlife.

As the season extends, the ecosystem within the basin must respond. If the ecosystem cannot adapt, sensitive environments and species will suffer, according to the report.

“Ecosystems evolved to correspond to different triggers, so if the triggers start to change, there will be problems,” said Walker.

The timing of flow is as important as the quality of the water. And while it’s difficult to accurately predict the future of water within the Lake Michigan basin, the USGS recommends further action to understand the ecosystem functions affected by seasonal climate change.