“There’s a right way to do it, and it’s also the more expensive way,” she said.“Our concern, especially with all these old buildings in Detroit, is that people will take a shortcut,” said Jennifer Gorland, an assistant U.S. attorney in Detroit. “We hope that’s not true, but there’s always that temptation. 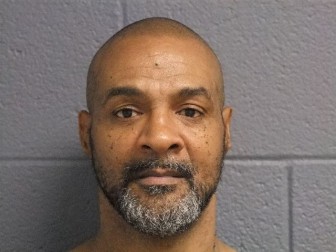 Elsewhere in Michigan, two men are awaiting a federal court trial for the alleged mishandling of asbestos in a demolition and renovation project that converted a former Bay City church to a charter school. Her office is prosecuting that case as well. Roy Bradley Sr. and Gerald Essex have pled not guilty to the charges.

Last year, Anthony Davis was sentenced to 12 months in prison for improperly removing and disposing of asbestos at a former paper mill he bought in Otsego, Allegan County. Davis also was ordered to pay $168,030 in restitution.

Also last year, a judge sentenced David Taylor to a year on probation for tearing out siding and insulation that contained asbestos at a fire-damaged apartment building he owned in Lansing. “Rather than pay for a trained and professional expert, Taylor decided to do the work himself with two people he hired to help,” according to the felony charge.

The Environmental Protection Agency’s Criminal Investigation Division is handling an all-time high of about 30 active asbestos investigations across the state, said resident-agent-in-charge Carol Paszkiewicz. They represent about 40 percent of her office’s caseload.

Several major factors contribute to the rising caseload, according to Paszkiewicz and EPA Special Agent Mike Pemberton. Among them are the large number of vacant auto plants and other manufacturing facilities, high prices for scrap metal and failure of property owners to verify if the contractors they hire are licensed and reputable.

Violators include speculators who buy buildings cheaply, strip them of metal — including the I-beams that hold them up — and then abandon them.

“A lot of these buildings are purchased in county auction, scrapped within the first year, never pay property taxes and they walk away,” Pemberton said. A speculator may pay $10,000 for a building, he said, and clear $100,000 from selling the scrap metal.

Other violators are shady contractors and abatement firms — often unlicensed — that submit lowball bids and victimize the owners while violating the law.

Paszkiewicz and Pemberton said they are developing more cases because of improved cooperation between EPA, the Michigan Department of Environmental Quality and the Michigan Occupational Safety and Health Administration.

In addition, U.S. Attorney Barbara McQuade has made “urban environmental crimes” a priority of her office, they said, providing enough resources to prosecute such cases.

DEQ communications director Brad Wurfel said, “A robust economy brings resources to address environmental challenges, from permitting to enforcement to restoration and cleanups,” and the department is “far from ‘worried,’ but certainly busy across the board.

“Enforcement has ramped up to meet the need, and we see a rebounding Michigan economy as a very good thing,” Wurfel said.

The problem isn’t limited to Michigan.

In October a federal grand jury in Ohio accused two men of violating the Clean Air Act by failing to remove asbestos from an empty factory they were demolishing in Cleveland.

“Asbestos is like bread and butter for us,” said Brad Beeson, a special assistant U.S. attorney prosecuting the Ohio case. “A lot of it was used, and there are a lot of abandoned buildings.

“You can save yourself a lot of money if you take down the building without removing the asbestos first,” Beeson said.

In the Detroit case that Gorland handled, Williams hired workers to remove and dismantle 50 to 70 air conditioning units. During the process they released R-22, a refrigerant that depletes ozone.

“Williams directed his employees to remove and `scrap’ the metal from the air conditioning units and pipes without taking precautions to prevent the release of ozone-depleting refrigerant gasses,” the prosecution sentencing memo said.

His crews also cut and removed pipes insulated with asbestos, which scientists have linked to lung cancer, mesothelioma, asbestosis and nonmalignant lung diseases, without a federal permit and without following EPA regulations.

The EPA’s Paszkiewicz and Pemberton said Williams falsely told people that he planned to convert the site to a home for autistic children. However, his actions conflicted with that purported purpose because he stripped the building’s fixtures and charged other contractors to illegally dump construction debris, soil and other untested material on the 40-acre site.

Gorland said authorities were tipped by worried employees and by a scrapyard operator who saw asbestos-containing material on metal that Williams tried to sell.

“Williams committed these Clean Air violations in an effort to avoid the more costly cleanup and demolition required under federal law,” the prosecution memo said. “Williams chose profit over the legal requirements and put the health of his workers and the environment at risk.”

After Williams pled guilty, U.S. District Judge Robert Cleland sentenced him to 27 months in prison. He faced up to five years in prison.

Williams will serve that sentence after completing a current state prison term of two to 15 years for failure to return a rented forklift worth more than $20,000, Gorland said.