Birds are in the midst of the nesting season and are often quiet as they patiently sit on eggs and care for their newly-hatched chicks. Mark Cranford admires the feathered co-inhabitants of his Lake Michigan cottage property from a distance. Vireo perch on trees along the driveway and piping plover are just 10 miles away. 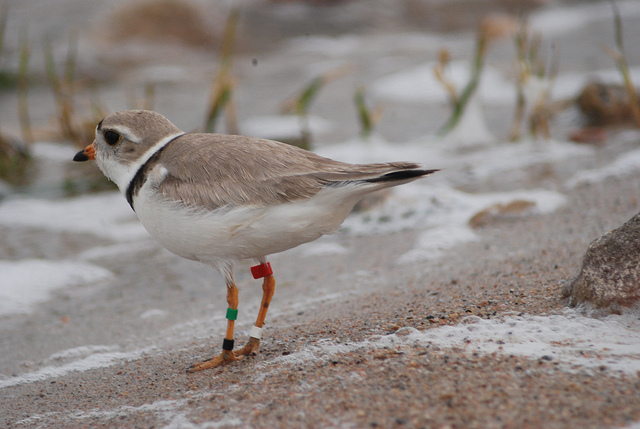 Cranford is a regional club director for Ontario Nature and a member of both the Toronto Ornithological Club and the Ontario Field Ornithologists. Some of his favorite Great Lakes birds are the ones he can spot during the summer in his backyard.

One of Cranford’s favorites is the piping plover, a small shorebird that chases and nibbles intruders. One foolish killdeer made the mistake of eying a piping plover’s territory and getting bitten to such a severe degree that it could not walk correctly for the rest of the summer, according to the Cornell Laboratory of Ornithology.

“Piping plover is an endangered species that has been increasing in population in the Great Lakes,” Cranford said. “It’s a minor success story in Michigan, and the bird populations have been expanding in Ontario – even more places than I realize! In my personal case I have piping plover 10 miles away from the family cottage.” 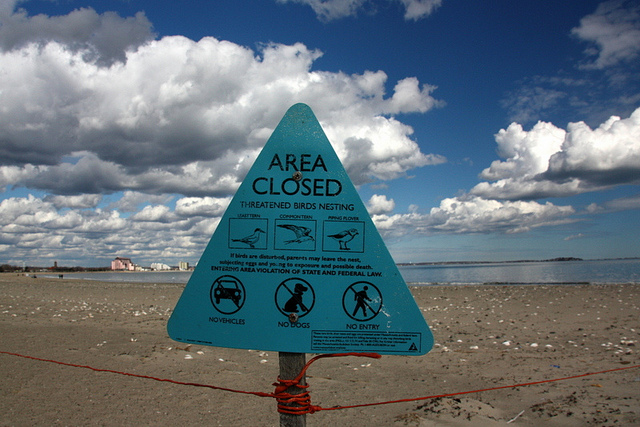 A sign in Massachusettes warns beachgoers not to enter an area inhabited by nesting piping plovers. Since piping plover are a step above endangered, conservation efforts have increased to protect the birds. Photo: Bill Ilott

Cranford has some advice for birders who want to scout for this bird on the beach where it lives.

Another of Cranford’s favorites is the red-headed woodpecker, a startlingly vibrant bird that prefers open habitats in the Great Lakes region.

“It’s an iconic, good-looking bird,” Cranford said. “It’s also in decline. It might be a species of concern in some jurisdictions. You stop in your tracks when you see it. Part of the ‘oh wow’ is the white in the wings. It’s really quite shocking. The head is brilliantly red [and] contrasts with the black.”

Cranford chose a fierce-looking raptor, the osprey, as his third choice. Ospreys spend their summers in most of the United States and parts of Canada, and their winters in South America. They can migrate up to 160,000 miles in their lifetime, according to the Cornell Lab of Ornithology. Osprey were threatened by DDT, but after the pesticide was banned, osprey populations began to return to their former numbers.

“[Osprey] are a nice bird to think about how far we’ve come over the years from DDT,” Cranford said. “Osprey almost disappeared from North America from overuse of DDT. You can find ospreys where there’s fish available.” 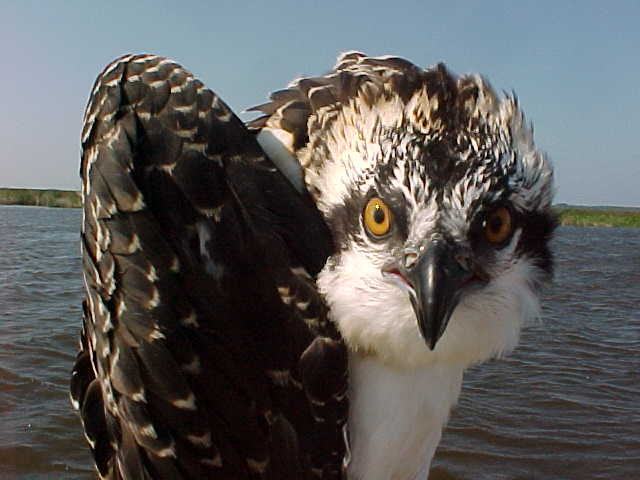 Cranford also chose caspian terns as a Great Lakes bird to watch for near coastlines.

“They’re big and in your face,” Cranford chuckled. “They’re a fairly easy bird to identify and they might surprise some beginning birders. They’re not a delicate tern; they go crashing after fish. They’re sort of an eye-opening bird.”