ANCHOR INTRO: There was standing room only as more than 250 Toledo-area residents, farmers, and fishermen – along with scientists, environmental groups, and water, sewer officials from as far away as Cleveland — crowded into a conference room last Friday at Maumee Bay State Park. They were there to tell Ohio’s Lake Erie legislators what should be done to reduce the lake’s toxic algae — and protect drinking water for millions of residents. Producer Karen Schaefer reports: 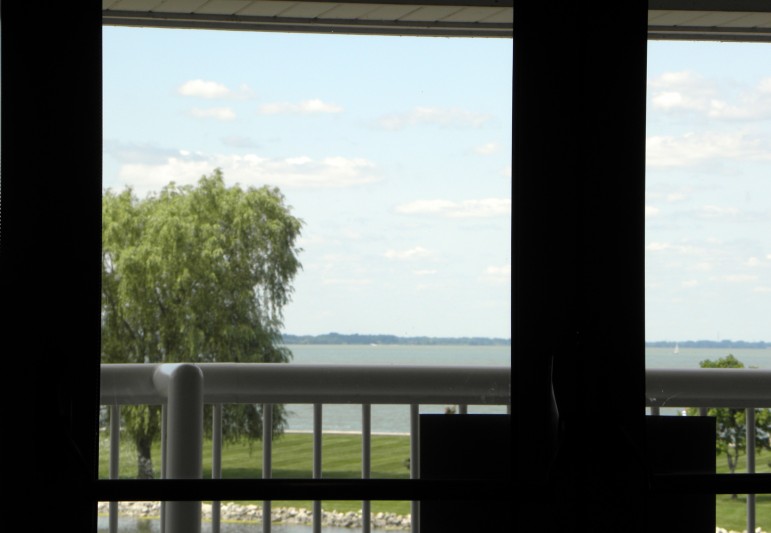 Beaches outside the conference room in Maumee Bay were closed due to algae. Image: Karen Schaefer

SCHAEFER: As co-chairman state Senator Randy Gardner, a Republican from Bowling Green, opened the special Lake Erie legislative caucus, he warned attendees that testimony could take most of the day. And it did. For nearly six hours, people from across the state gave testimony and answered legislators’ questions. Adam Rissien of the Ohio Environmental Council led off by proposing that the Maumee River – whose farm run-off is the primary source of the algae – be declared a watershed in distress.

SCHAEFER: Representative Teresa Fedor, a Democrat from Toledo, was one of nearly half a million people affected by the recent shut down of her city’s water supply due to algae toxins. Fedor wanted to know why that designation hasn’t already been made.

RISSIEN: I would love to be able to tell you why that has not happened before now. Certainly the past history, especially in 2011 and again in 2013, when Carroll Township lost its water, you would think that would have been a step that was considered. I don’t have an answer for that.

SCHAEFER: The state’s Department of Natural Resources division of soil and water chief has the authority to declare a water body in distress when aquatic and human health are threatened by nutrients from agriculture. That’s already happened at Grand Lake St. Mary’s in western Ohio, where farmers are now required to restrict fertilizer and manure. Ohio Farm Bureau board president Bill Myers is a Lucas County farmer. He said the new state law that will start certifying fertilizer applicators in 2017 will achieve much the same goal, but will take too long. Myers offered a quicker solution.

MYERS: Instead of the three-year implementation, I think that in the Maumee watershed we ought to consider that, mandatory this winter, farmers have to get their certification. And that could happen.

SCHAEFER: Along with ideas about how to speed up the reduction of run-off, 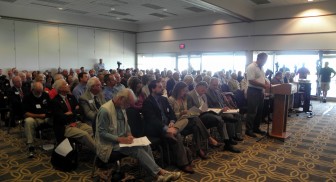 FREY: My wish list is to know exactly what removes that microcystis from our plant. So that every day when I get up, I can be sure that it’s working properly, and I feel confident it’s going to be removed. 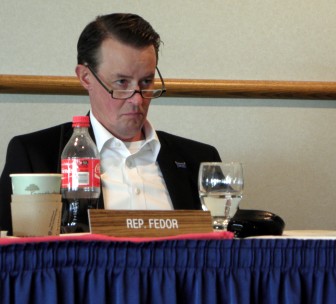 REDFERN: Attacking a water system for not coming up with a protocol? That responsibility rests squarely with two regulatory agencies in this country, the U.S. EPA and the Ohio EPA.

SCHAEFER: While the meeting didn’t produce a consensus on solutions, Redfern said it did give legislators some clear priorities for moving forward.

REDFERN: When you have fifteen legislators in a room full of people for the better part of six hours, that’s a very good step in the right direction. I’m heartened by this, I’m excited.

SCHAEFER: But Toledo Mayor Michael Collins was disheartened that fixing the problems is still going to take time.

COLLINS: My reaction to that is how much time do we 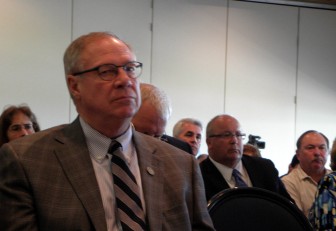 have until we run out of time. The truth is the events that took place in Toledo, if that isn’t the alarm, I don’t know what it takes.

SCHAEFER: Collins is also concerned that most solutions will come with a big price tag. He and others at the meeting said they want to see US and Canadian federal governments get behind a single plan and create the funding to fix Lake Erie’s algae problems and keep drinking water safe.

Support for Karen Schaefer’s “Year of the Lake “ series is provided by the Ohio Sea Grant College Program at Ohio State University.