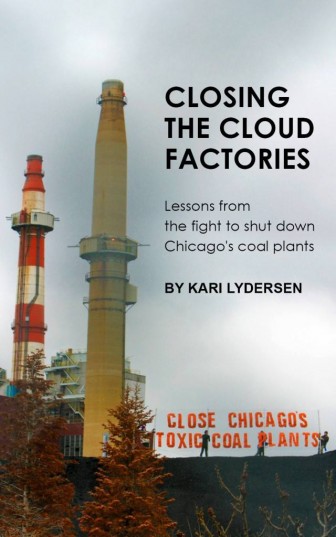 That’s the first recorded coal find in the U.S.

And it’s an indication of just how deep the roots of conflict run in Closing the Cloud Factories: Lessons from the fight to shut down Chicago’s coal plants.

The book picks up on other historical gems such as how turning the midway of the 1893 Chicago World’s Fair into the “City of Lights” helped determine how the rest of the nation would be electrified. And we are introduced to Samuel Insull, a former assistant to Thomas Edison. His shrewd capture of the demand for electricity by street car companies fueled the growth of Chicago’s power grid.

Author Kari Lydersen ably lassos such context with a story deep, broad and filled with rich personalities involved in struggles over power — electrical and political. That history is important. But it merely lays the groundwork for a tale of the closing of two of the city’s coal-fired power plants threatening the health of people living in working class neighborhoods.

It’s a fight that includes local residents like activist Kim Wasserman. Worried about the health of her three children, she rose to national prominence as a leader of that fight for people living in the shadow of the “cloud factories.”

And we meet Kelly Mitchell, a Greenpeace activist who grew up in southern California and scaled a smokestack at Chicago’s Fisk power plant to protest the pollution it spewed: “You’re up there on the smokestack seeing row after row of houses and schools, thinking, ‘Yeah this is what the plant is affecting.’ And to see the city skyline contrasted with this dirty coal plant — it became a lot more tangible than in the past.”

Lydersen, a former Washington Post reporter who lives in one of the neighborhoods affected by the plants, pulls together the strings of this complex battle.

Perhaps it is too detailed for some. If the book has a fault it may be in the deep examination of Chicago politics. 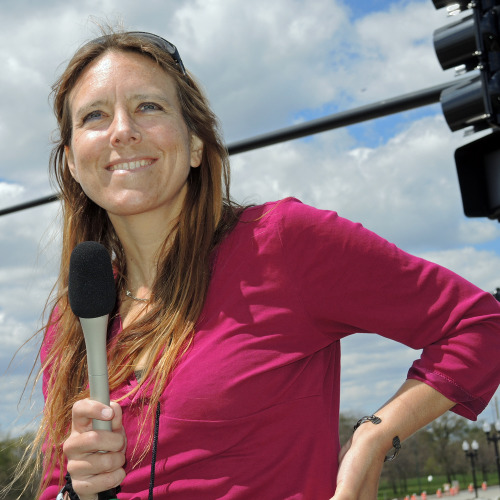 Author Kari Lydersen is a Chicago-based author, educator and journalist. Her work has appeared in Midwest Energy News, In These Times, Crain’s Chicago Business, the Chicago News Cooperative, the Washington Post, the New York Times, the Christian Science Monitor and other publications. She is  a co-director of the Social Justice News Nexus at Northwestern Univesity’s Medill School of Journalism.

But if you’re a Chicago resident or a fan of that city’s rich political tradition, you’ll enjoy that trip. And if you are not, then at least appreciate how Rod Blagojevich, the Illinois governor whom the rest of the nation best knows for going to prison on corruption charges, helped develop emission standards stricter than what federal regulators required.

Weigh for yourself if his motivation was concern for the health of children or the need to pander to swing voters – or if it matters.

But this is much more than a Chicago story. The history of battles over the nation’s longtime dominant source of power is relevant everywhere. This one traces early health concerns over particulates — the stuff in those factory clouds that you can see. And it takes us through pollution battles over NOx, SOx, mercury and, more recently, the carbon emissions that fuel climate change.

How deep was that dissatisfaction?

One participant recalls a meeting where the Sierra Club, which is typically proud of its grassroots, was described as “the man.”

But this story also shows the healing of such rifts, something relevant to similar environmental schisms elsewhere. Other groups and funders have asked to see the agreement between the “big greens” and the local groups that came out of regrouping and rapprochement in Chicago.

As Lydersen reports, Wasserman is happy to provide the memorandum of understanding they developed, “but emphasizes that ‘it’s a document, and a document can only take you so far. What makes it powerful is the conversations that happen with it.’”

Noteworthy about this work — available only as an e-book – is how it was produced and distributed. It is published by Midwest Energy News, a nonprofit news site and a project of the RE-AMP media center. RE-AMP is based at Fresh Energy, a non-partisan, nonprofit organization that advocates for clean energy policy. Midwest Energy News is editorially independent of both organizations.

The publication was also supported by the Joyce Foundation, which supported groups involved in battling the power plants.

That’s important context. Critics might question that kind of support as leading to a one-sided view of a complex fight. It doesn’t read that way. But even if that is true, it’s an important view worth understanding.

And there is added value in that kind of subsidized publication. If you want, you can pay $2.99 to Amazon for a copy of this e-book. Or you can download it for free at Midwest Energy News.