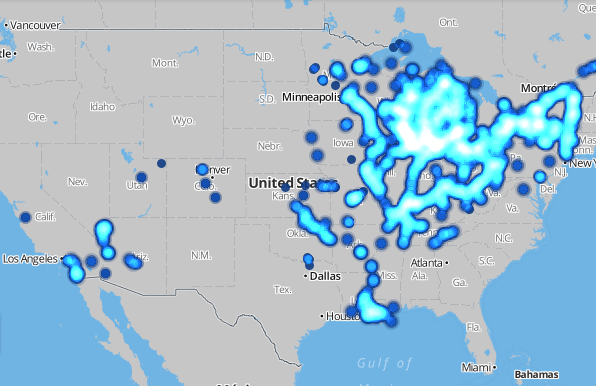 The Nature Conservancy has animated how six invasive species have spread across the Great Lakes over time.

The group has created six maps that show population increase and spread since the appearance of each species in the Great Lakes basin and beyond.

Sea lamprey, the first of the six invasive species to appear in the area, initially showed up in Lake Erie in 1921. The map shows the population of the fish expanding into the rest of the Great Lakes up until present day.

Also included in the maps are Asian carp, zebra and quagga mussels, round goby, Eurasian Ruffe and black carp.

A report done in 2012 by Anderson Economic Group and commissioned by the Nature Conservancy estimated the cost of controlling aquatic invasive species to be in the hundreds of millions of dollars, according to the site.