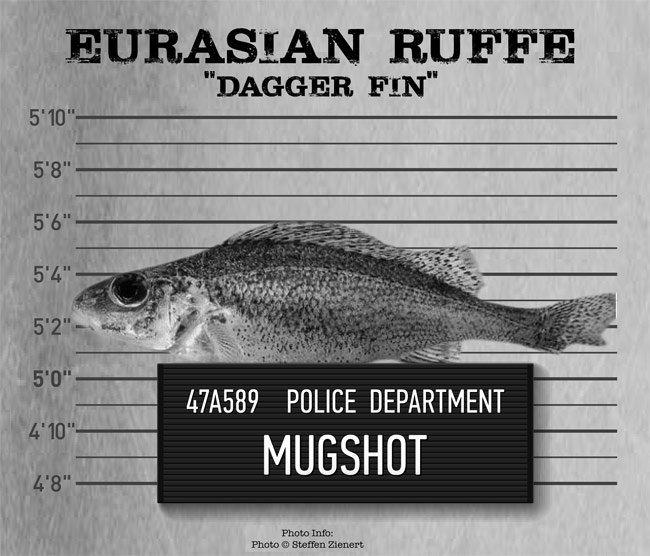 The Nature Conservancy has named Eurasian Ruffe, a fish native to northern Europe and Asia, as one of the five “usual suspects” in the Great Lakes basin.

This fish has invaded northern Lake Michigan and feeds on native fish eggs. It has sharp spines on its fins making it difficult for predators to catch and eat, giving it the nickname, “Dagger Fin.”

Eurasian Ruffe are generally just under a half a foot in length and have an olive or golden-brown color.