I once worked with a photographer who had two informal rules on every out-of-town assignment: Eat well on the company dime and never miss the chance to fly.

I certainly enjoyed those expense account meals that I shared with Ralph. But I think the greater lesson was in his insistence on flight.

I don’t mean flying to an assignment. That never happened. But Ralph was convinced that the only way we could truly capture a news story was by renting a plane and covering it from above.

It wasn’t just a photo thing.

I was the words guy. And there were times when I much preferred to interview people than chase off to some obscure airport that Ralph found on the map as we reached our destination.

But Ralph made sure I buckled in with him.

The idea was to enhance my descriptive powers – to help readers immerse themselves into the news story. Seek the high ground for context, he’d say.

And Ralph was right. Our readers benefited from images and writing that only could have been produced with a thorough understanding of the scope of the story. I can still picture the line of freighters anchored across the horizon when we covered the collapse of a lock on the Welland Canal.

The accident crippled international shipping for months. Dozens of enormous vessels laden with millions of dollars of cargo waited helplessly for repairs.

I never could have described that from the ground. I never would have seen it.

I am reminded of Ralph’s good advice as Echo launches two new features. 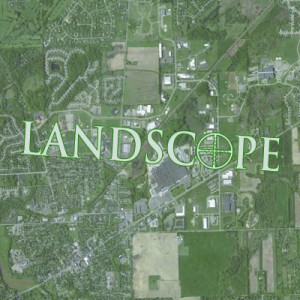 Landscope is a series of stories built around images from Michigan State University’s aerial imagery archive. Long before Google Earth, Michigan officials had the state photographed from the air every decade or so.

They’re collected here at MSU – the home of Great Lakes Echo. And they’re fun to sort through. Some date back to the 1930s.

We’ve already run some of these features; stay tuned for more.

Unlike Landscope, the other feature – Skywatch – is a separate series that looks to the future. It examines the use of unmanned aircraft to explore the environment. 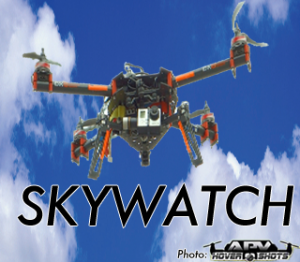 Right now the civilian use of these drones is severely restricted.

But there’s a lot going on surrounding their promise and peril — so much so that their widespread use seems inevitable.

We’ve also already run some of these features. Stay tuned for more.

Meanwhile, we’ll continue to get even higher with features created around images taken from satellites and the International Space Station. Check out our longstanding  satellite watch feature.

All of this is to say that Ralph was right about seeking that high ground. It provides context and understanding and a lot of great environmental news stories.

He was also right about eating well on the company dime.

A version of  this post is also on the website of the Knight Center for Environmental Journalism.