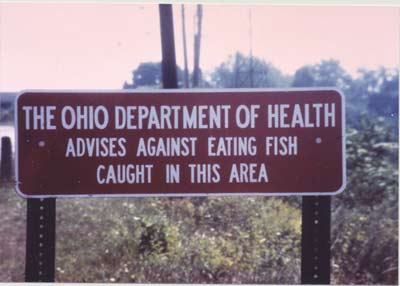 The map is produced by the Healing Our Waters-Great Lakes Coalition, an association of more than 120 environmental and conservation groups.

Here’s a quick look at what the coalition views as success stories in Ohio.

The Euclid Creek dam removal in Euclid restored the natural flow to 500 feet of the creek and allowed fish to pass between the stream’s main branch and its East branch.

The dam was constructed in the 1930s to impound water for swimming at a YMCA camp and was no longer used, according to the coalition. The new habitat and improved water quality increased fishing and recreation opportunities.

The $500,000 project created 38 jobs in design, survey and construction capacities.

Another success includes the efforts to bring back the Lake Erie watersnake from the brink of extinction.

That $3.7 million project saved the snake from eradication, according to the coalition. The snake only lives on Lake Erie’s islands and was considered “threatened” in the 1990s because island residents considered it a nuisance and killed thousands of them. Development also destroyed much of its habitat.

A recovery program increased public awareness, protected habitat and made killing them illegal. Increased public support since then has earned the watersnake a spot on the Discovery Channel’s “Dirty Jobs”:

In addition to success, there is also plenty of work in progress in Ohio, including the dredging of contaminated sediment from Ashtabula Harbor in the Ashtabula River Area of Concern.

The U.S. Army Corps of Engineers estimates that $433 million annual revenue and more than 1,000  jobs would be lost without dredging.

Other ongoing efforts include the Black River fish habitat restoration, which aims to control invasive plants and provide spawning habitat for fish.

The area was previously a site for a steel mill and was buried in slag by-product, degrading the environment significantly. 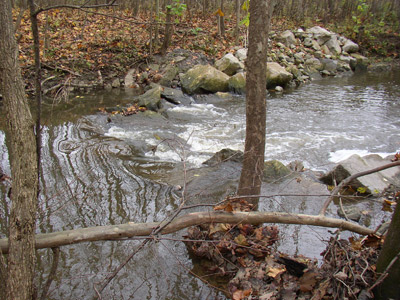 Restoration will consider how climate change impacts, such as heavier rainfall and more drought, will affect the river.

Much of the goal of the project is to improve fishing, said Mike Settles, spokesman for the Ohio Environmental Protection Agency, a project partner.

Data on the health of the fish community will also be used to assess fish populations and habitat in the larger Black River Area of Concern, an area known around the Great Lakes as “the River of Fish Tumors,” according to the Environmental Protection Agency’s Area of Concern website.

The restoration helps Ohio’s economy, according to a report by the Great Lakes Commission, an interstate public conservation agency.

Thirty percent of Ohio’s tourism dollars come from visitors to the Lake Erie region, according to the commission. That’s $10.7 billion a year. Restoration protects this and other resources, including the drinking water for 3 million residents. Fish and wildlife attract 1.5 million anglers and hunters, a $3.5 billion industry.

(Editors note: This story was edited Dec. 12, 2013 to properly report the agency associated with Mike Settles.)