If you live in Detroit, easy access to fresh Great Lakes bluegill and catfish could be closer than you think. 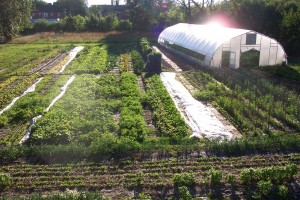 One avenue they’ve yet to explore is fish farming through aquaponics: a movement that’s seen success in places like Milwaukee and Toledo, but hasn’t happened on a large scale in Detroit.

“Aquaponics is the combination of hydroponics, or growing plants without soil, with fish farming,” Link said. “The hydroponic crops or plants act as the filter for the pond or tank and are fed by the waste of the fish.”

The fish secrete ammonia, which is then converted by the bacteria in the water into nitrates, Link said.

Those nitrates then feed the crops, and the crops filter the fish tank, creating one sustainable, cycling system for food production.

Though Food Field is less than $500 from its  goal — to raise $5000 by April 6 — Link said that money isn’t the only limitation for projects like this one.

“There are a number of reasons this hasn’t taken off yet in Detroit,” he said. “For one, until this spring, zoning for food production in the city has been extremely limited. There have been plans for large scale fish production using abandoned industrial space and rehabilitative labor, but as far as I know they’ve been held up.

“Not to mention it takes a greater level of planning and investment than regular community gardening and farming, which is a real barrier,” Link said. 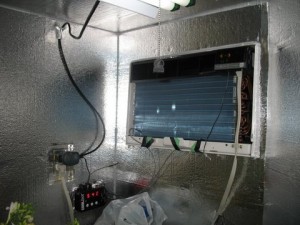 An aquaponics system will regulate temperature and fertilize plants in greenhouses, so Food Field produce can still be grown and sold in the winter months. Photo: Food Field, Noah Link.

Other challenges includeMichigan’s climate, and the fact that commercial aquaponics is a relatively new industry, he said . But making these expansions in urban farming could provide new ways of addressing problems that cities like Detroit face.

“I see a lot of benefits available in this, such as multiplying and diversifying our local food economy,” Link said. “It can also provide new jobs and educational opportunities in the field of food production.”

And should the campaign succeed, Food Field farmers will be able to grow year-round, because an aquaponics system can moderate temperature in greenhouses and provide extra fertility for the plants it sustains.

That means that fresh, local Food Field produce, which is sold in a variety of Detroit farmers markets, will still be available during the cold Michigan winters.