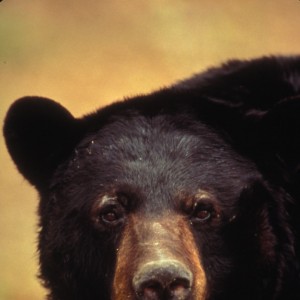 LANSING – Bears, porcupines, bobcats and pileated woodpeckers are moving their homes far to the south, while small mammals like mice, squirrels, chipmunks and opossums are moving north, according to the Michigan Wildlife Conservancy.

This mutual shift in wildlife distributions and densities – together with an exploding population of certain species – is becoming evident in many locations across the state.

John Niewoonder, a Department of Natural Resources(DNR) state wildlife biologist based in Grand Rapids, said the best example is the black bear. “Black bears are rare, even seven years ago in Grand Rapids. Usually they appear in the Upper North, but this year we see them outside the city.”

“People saw bears a couple of years ago in the Lansing area. This did not happen very often 30 years ago.” Said Patrick Rusz, director of wildlife animal programs at the conservancy in Bath.

Bears aren’t the only animals from the north that are showing up in southern Michigan, according to Rusz. For example, porcupines are now seen on up on roads in Saginaw and other southern areas because of the re-growth of forests.

“Re-growth of forests plays a significant role in wildlife’s southward shift,” said Philip Myers, a professor of ecology and evolutionary biology at the University of Michigan. “Forests are in much better shape today than they have been since the logging and fires of the late 19th and early 20th centuries.”

According to Myers, rebuilding state parks and abandoning farms are two main reasons for that re-growth. And its consequence is more than a distribution shift: the Southern Michigan wild turtle, which had disappeared prior to the 1990s, has come back to the state.

Rusz said “We thought there would be no more of these turtles anymore.”

Wildlife’s southward distributions are happening along a wide area, he said. “It is pretty much all over southern Michigan. Bobcats, for example have even moved to the Ohio border down from their original habitat.”

On the other hand, Myers and his research team found that four southern species, including white-footed mouse, southern flying squirrel, eastern chipmunk and opossum are pushing their northern boundary northwards.

Myers said that’s because the climate is warming.

“We looked at a number of possible reasons, but only climatic warming predicted the remarkable pattern we uncovered,” he said.

Shifting of wildlife is causing problems in many locales. For instance, deer showing up in urban areas are causing traffic problems.

According to the Michigan Wildlife Conservancy, 17 percent of car accidents in the state involve deer. Michigan motorists reported 53,592 vehicle-deer crashes in 2011. As a result, 1,464 people were injured and eight people were killed. Kent County had the highest number with 1,750 such crashes in 2011.

“The Detroit metro area, Oakland and Jackson counties will have a lot of deer problems, and they will go down to all of 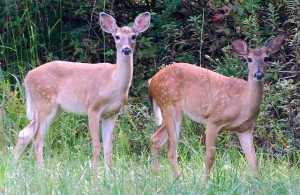 The fact that deer explore forests lead to faster migration of other animals. “Deer provide good travel road for them,” said Rusz.

According to Julie Oakes, a DNR wildlife biologist based in Oakland County, young male animals are always looking to establish their territories, which lead them into urban areas where they may be hit by vehicles.

Niewoonder said “The white-tailed deer cause some problems in Grand Rapids. They damage crops, they cause car accidents a lot and they eat farmers’ vegetation and residents’ landscape.”

Meanwhile, Oakes is focusing on control of the goose. “We have a lot of lakes, so a lot of geese.” She said animals are always connected to the community. “Farmers hate geese but hunters will never have enough geese.”

He also said that there is a lot for public agencies to do. “People and animals always like the same environment, and we always need to learn to get along with wildlife.”

Niewoonder said “In the Grand Rapids area, we get farmers damage permits so they can shoot white tail deer out of the hunting season. We also educated drivers about animals crossing the road.”

“Unfortunately, these kinds of overpopulation tend to take care of themselves,” Myers said. “We are about due for an epidemic of rabies or distemper in the raccoon population, and we have seen TB in the deer herd in the northern Lower Peninsula.”