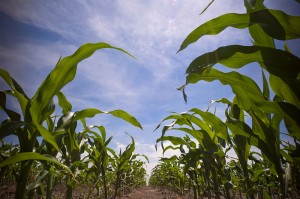 Great Lakes farmers who cut their fertilizer use could help reduce greenhouse gases. And if done through a new emissions trading program, they could get other industries to pay them to do it without harming crop yields.

“It’s a carrot rather than a stick,” said Adam Diamant, technical executive at the Electric Power Research Institute, which developed the method with Michigan State University.

Financial incentives could be better at helping the environment than penalties, he said.

Here’s how it works: Researchers developed a way to accurately measure the greenhouse gas reductions farmers make. That way, farmers can be awarded the right amount of credits to sell in an emissions-trading market.

Another business can buy those credits instead of reducing its own emissions.

In a “cap and trade” market, regulations limit the amount of emissions a business can make. Buying credits may be cheaper than making internal reductions.

In a voluntary market, like the one in which this method is using, businesses voluntarily buy credits to meet internal sustainability goals or to gain the environmentally friendly label.

Businesses also might find voluntary trading to be good practice should any mandatory regulations come in the future.

The hope is that the method will encourage Great Lakes farmers not to over-fertilize crops, helping to keep in check the greenhouse gas nitrous oxide. And the strategy offers additional savings without cutting yields.

“It’s also a way to reduce costs of fertilizer on the farm land,” said Neville Millar, senior research associate at the university’s Kellogg Biological Station in Hickory Corners, Mich., and a researcher who field-tested the method. 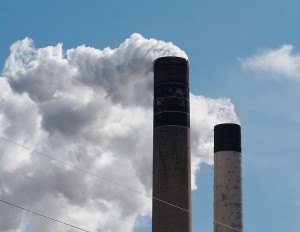 Farmers can gain the credits by reducing fertilizer, better timing its application, using alternatives that inhibit nitrogen processes in the soil and by containing nitrate runoff that can convert to nitrous oxide as it drains away.

Many farmers apply too much fertilizer or when the crops don’t use it, said Millar. Farmers reason they may as well over-fertilize than risk cutting their yields.

But there is a point of diminishing returns in applying fertilizer, Millar said. These methods, in tandem with an emissions-trading market, encourage farmers to lower how much they fertilize, reduce emissions and make a profit for doing so.

“This innovative approach is a way to achieve a win for farmers, for industrial organizations that may be required to reduce their greenhouse gas emissions, for the atmosphere and for improved surface water quality from reduced nitrate runoff in the upper Midwest all the way to the Gulf of Mexico,” Diamant said in a press release.

“Any mechanism that provides a cost-savings benefit to multiple industries, including farming and electric power generation, while providing benefit to the environment is an attractive program,” said Charlotte Hickox, director of energy and environmental policy at the Ohio Chamber of Commerce.

Although she said the chamber is reviewing the program, she imagines many Ohio businesses will be looking into it.

Farmers themselves may join the market so long as it’s voluntary and yields aren’t hurt, said Bob Boehm, manager of the Commodity and Marketing Department at the Michigan Farm Bureau.

“If it’s voluntary and it will help, I’m sure there would be some people that would participate,” said Boehm.

Those reluctant to join may only need to see a few leading farmers show that it can work, said Diamant.

Myron Ortner, a corn farmer in Tuscola County, Mich., is giving it a shot.

Millar asked him to try out the method at a larger scale than what was tested at the university. Ortner has already dropped his nitrate levels by 10 percent.

Credits were a part of Ortner’s motivation, “…but also looking after the environment,” he said.

He is excited about the project and hopes similar practices will spread.

The method for measuring emissions was approved in July as a part of a protocol by the American Carbon Registry, a non-governmental emissions standards setting organization.

Farmers and businesses can now trade emissions in the designated north central region of the United States, which includes Illinois, Indiana, Michigan, Minnesota, Ohio and Wisconsin.