A Wisconsin agency recently released this video explaining how people and pets can avoid getting sick from blue-green algae.

Blooms of blue-green algae are a health concern among inland lake beach-goers in the Great Lakes region. This summer’s record heat could increase the risk. 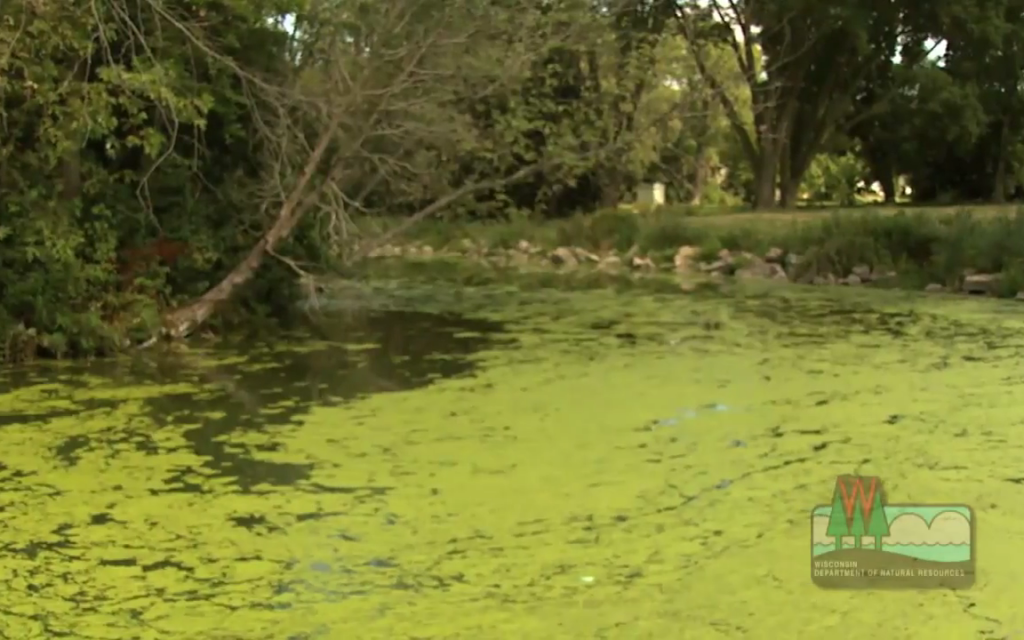 “Reports of blue-green algae blooms in June and July were worse this year than they were last year,” said Emmy Wollenburg, outreach specialist at the Wisconsin Department of Health Services.

August is usually the heaviest month for the algae, but the heat is making blooms pop up much earlier, Wollenburg said.

Swimming in or near them can cause upset stomach, vomiting, rashes, hives and asthma-like symptoms, Wollenburg said. Pets are even more at risk because, unlike humans, they are unable to differentiate safe drinking water from contaminated water, she said.

“Blue-green algae are mostly a problem when there’s an excess of nutrients in an aquatic system,” said Gina LaLiberte, research scientist at the Wisconsin Department of Natural Resources. Excess nutrients in the water like phosphorous and nitrogen is largely caused by agricultural runoff and other pollution, Wollenburg said.

Though classified as algae, blue-green algae are considered bacteria, said Wollenburg. “It’s able to do photosynthesis, so that’s why it’s categorized as algae.” 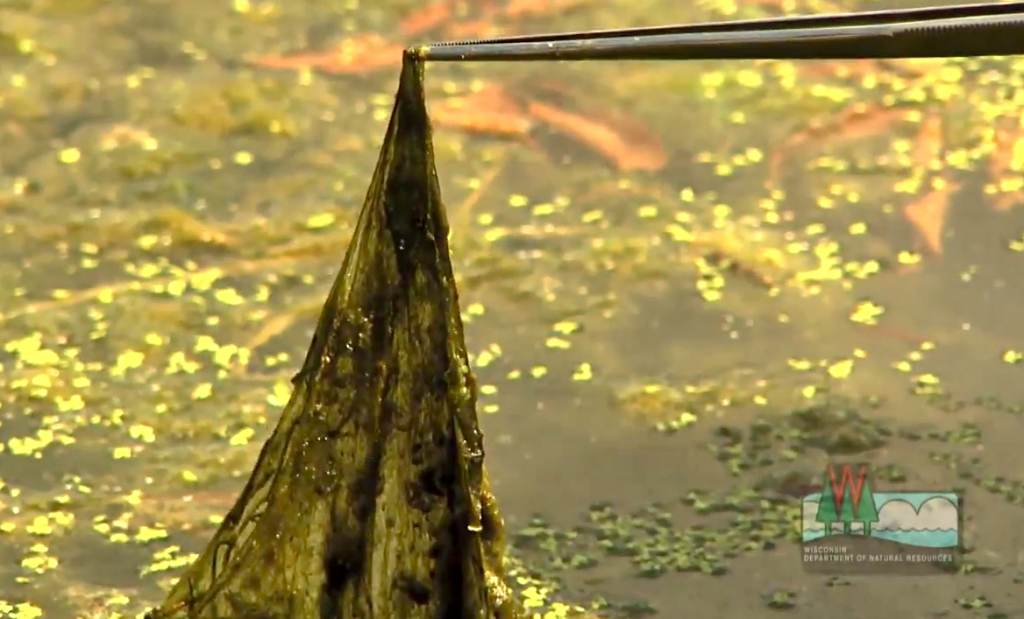 Algae can play an important oxygen-producing role in a lake’s ecosystem, but it becomes problematic when its ideal growing conditions are heightened and blooms develop, said LaLiberte.

Many inland lakes are not monitored for algae blooms. The video is part of the Wisconsin Department of Natural Resources effort to familiarize people with the harm that algae can pose on them and their pets, Wollenburg said.
While water-monitoring websites are available to the public, it’s important that beach-goers look out for blue-green algae blooms themselves before swimming. A good test is to wade in the water up to your knees, and if you can’t see your feet it is likely that the lake has poor water quality, she said.